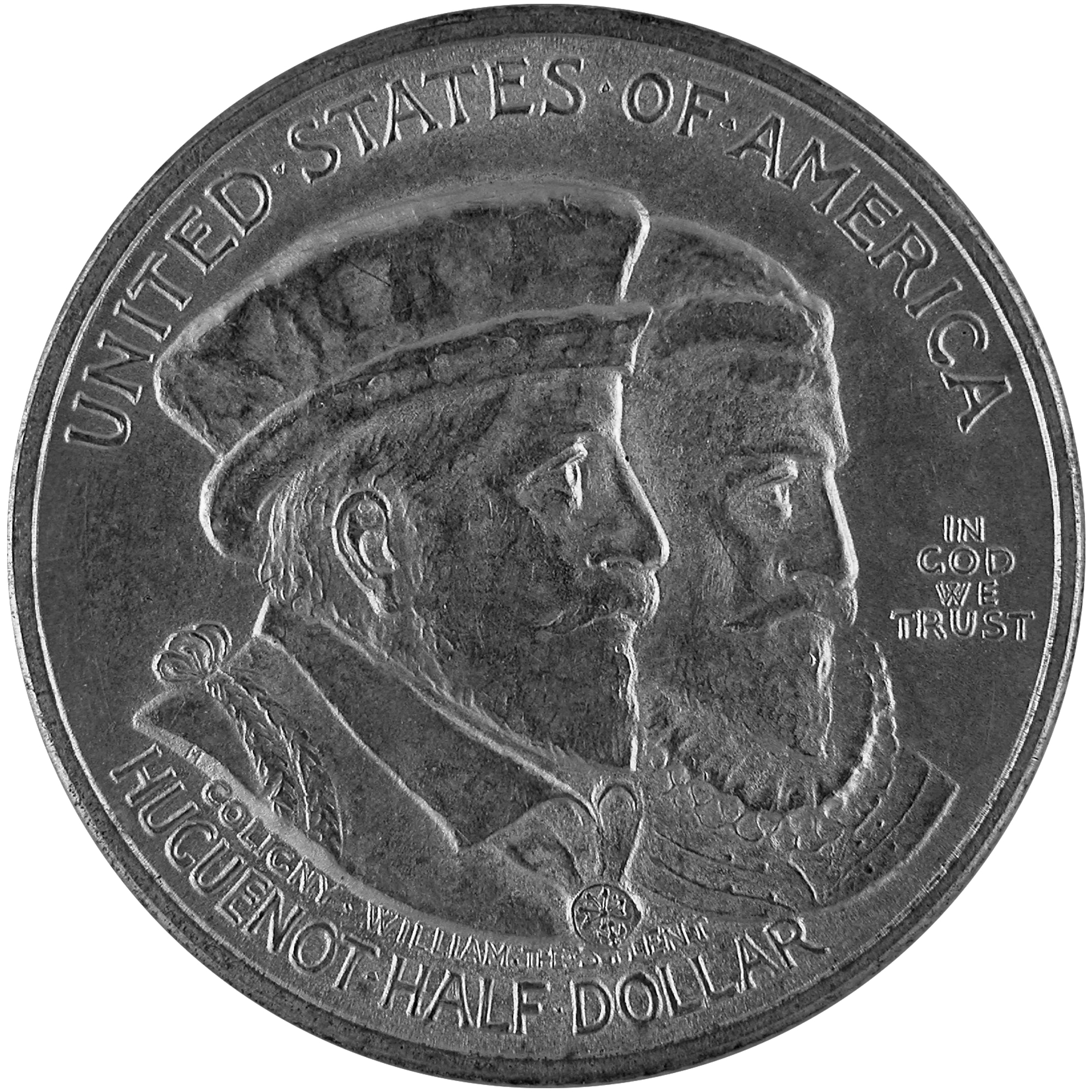 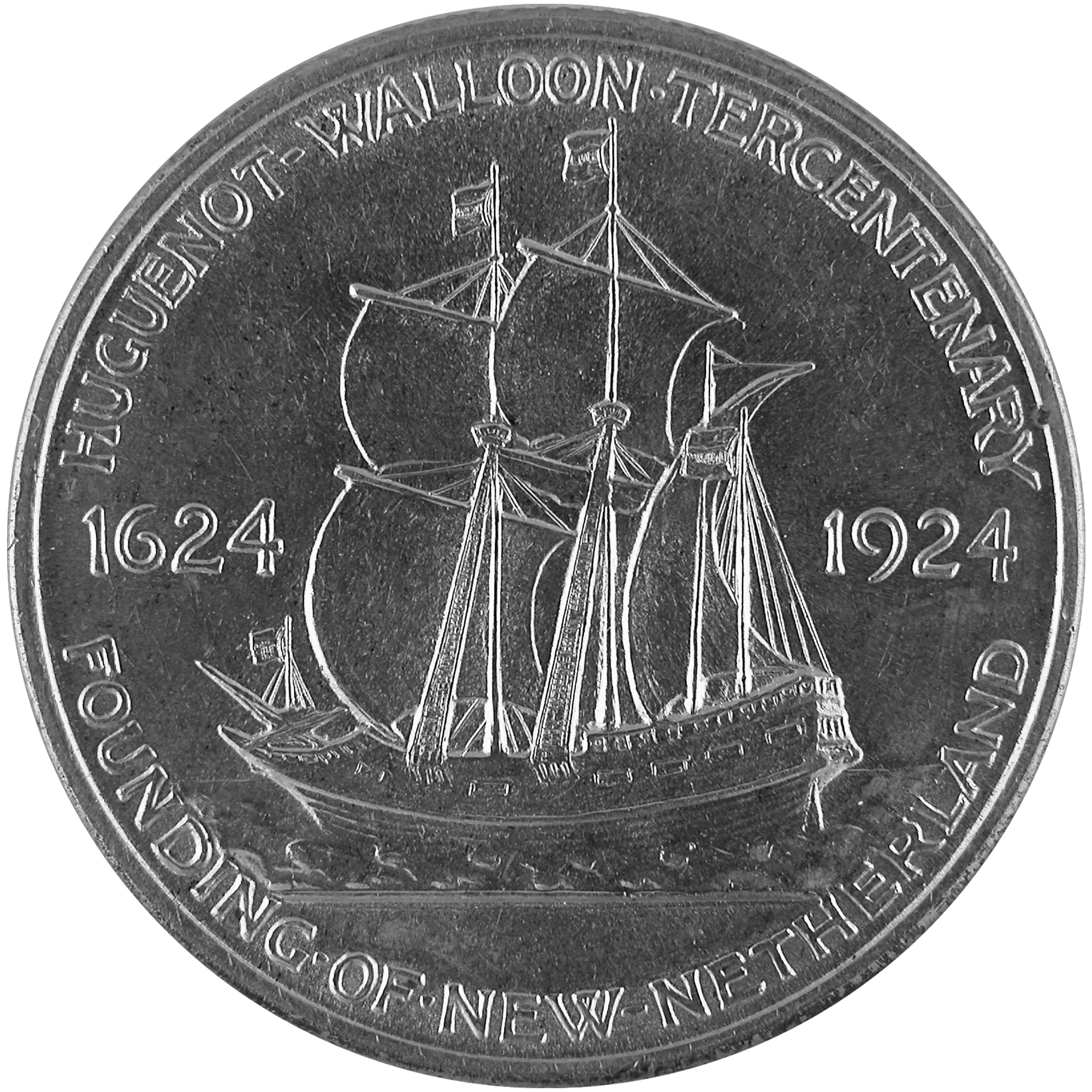 The Huguenot-Walloon Tercentenary Half Dollar was released in 1924 to commemorate the 300th anniversary of the 1624 settling of New Netherland by Walloons, French and Belgian Huguenots, under the Dutch West India Company.

The obverse design features a profile likenesses of Admiral Coligny and William the Silent, leaders in the struggle for civil and religious liberty.

The reverse features a reproduction of the New Nederland, the ship in which the refugees came to the New World.