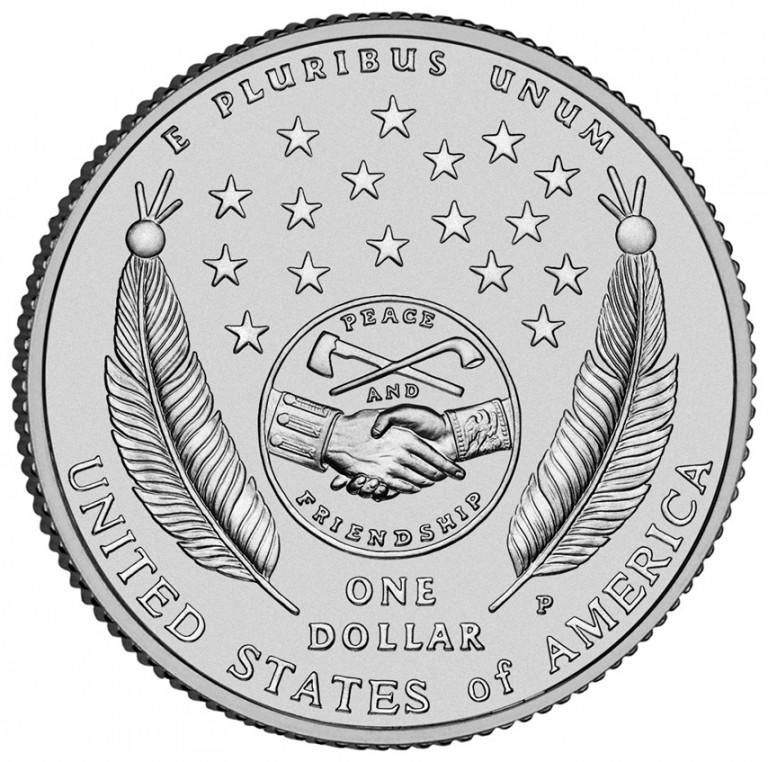 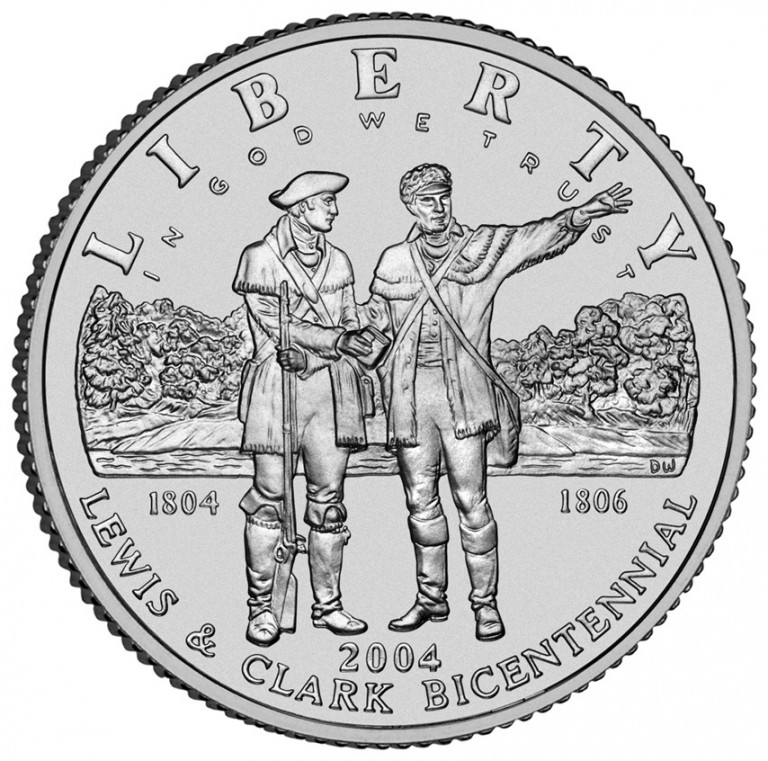 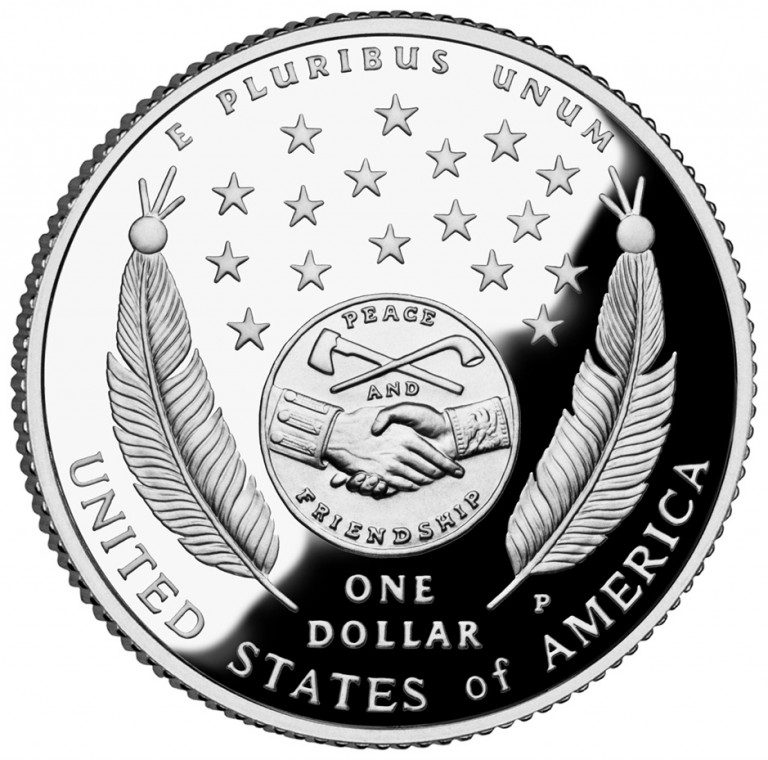 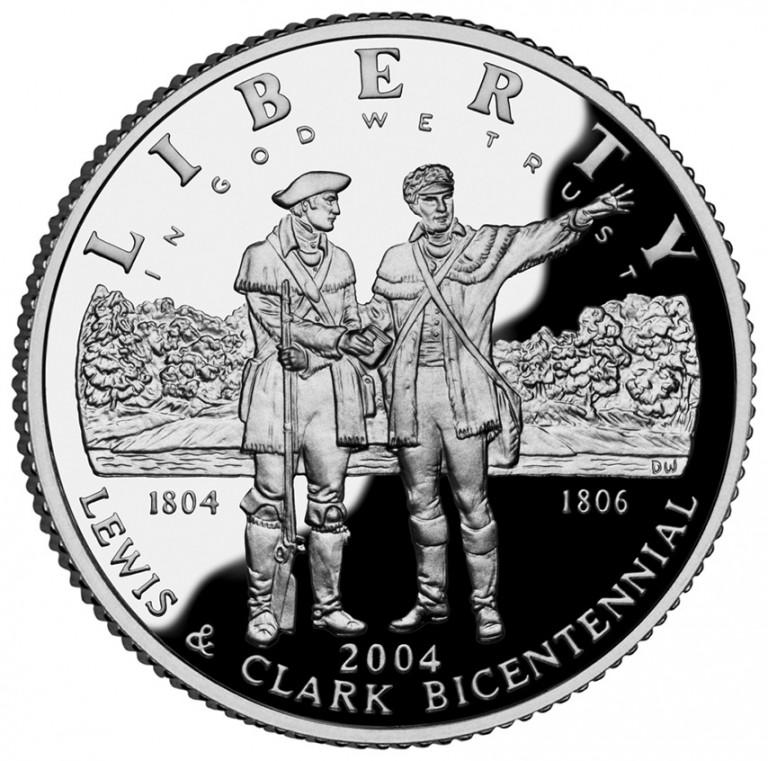 In August 1803, with the completion of the Louisiana Purchase – a historic land deal that nearly doubled the size of the Nation – the United States began its journey west. Two men, Captains Meriwether Lewis and William Clark, led a team of nearly three dozen men and Sacagawea, a young Shoshone woman, and her infant son on a trek of nearly 8,000 miles. They braved injury, sickness and danger at every turn, not only to establish relations with numerous American Indian tribes, but also to enrich the scientific community with maps of the new territory and collections of plant and animal specimens previously unknown to the world at large. The “Corps of Volunteers of Northwestern Discovery,” as it was originally known, is still regarded by many as one of the most successful military expeditions in American history. In the two years they took to chart America’s western horizon, the explorers lost only one man – Sgt. Floyd, to appendicitis.

In 2004, the United States Mint proudly honored President Jefferson, his frontier ambassadors – Lewis and Clark – and the American Indians who sustained them, on the bicentennial of the expedition that changes the United States forever.

This coin was available in both proof and uncirculated conditions and had maximum mintage limit of 500,000 coins.

Recipient Organization: National Council of the Lewis and Clark Bicentennial

Surcharges authorized from the sale of each coin will be divided two-thirds to the National Council of the Lewis and Clark Bicentennial and one-third to the National Park Service to fund the bicentennial commemoration activities.

The Lewis & Clark Bicentennial Silver Dollar obverse depicts Captains Lewis and Clark on a stream bank planning another day of exploration. Lewis is seen holding his rifle in one hand and his journal in the other. The reverse features two feathers to represent the many American Indian cultures touched by the Corps of Discovery. It also features an image of the original Jefferson Peace Medal presented to American Indian nations during the expedition on behalf of President Jefferson, surrounded by 17 stars representing the number of states in the Union in 1804.