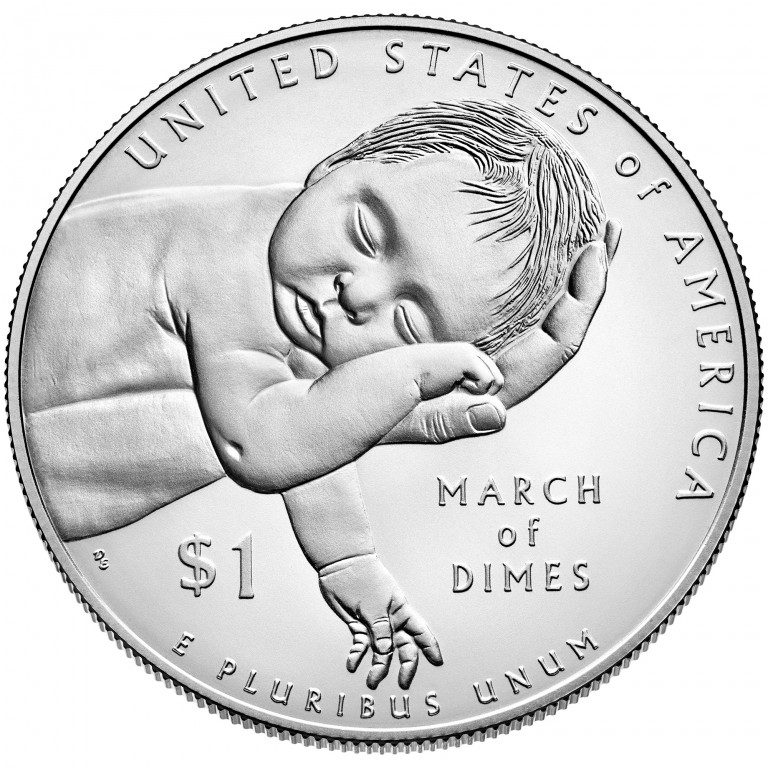 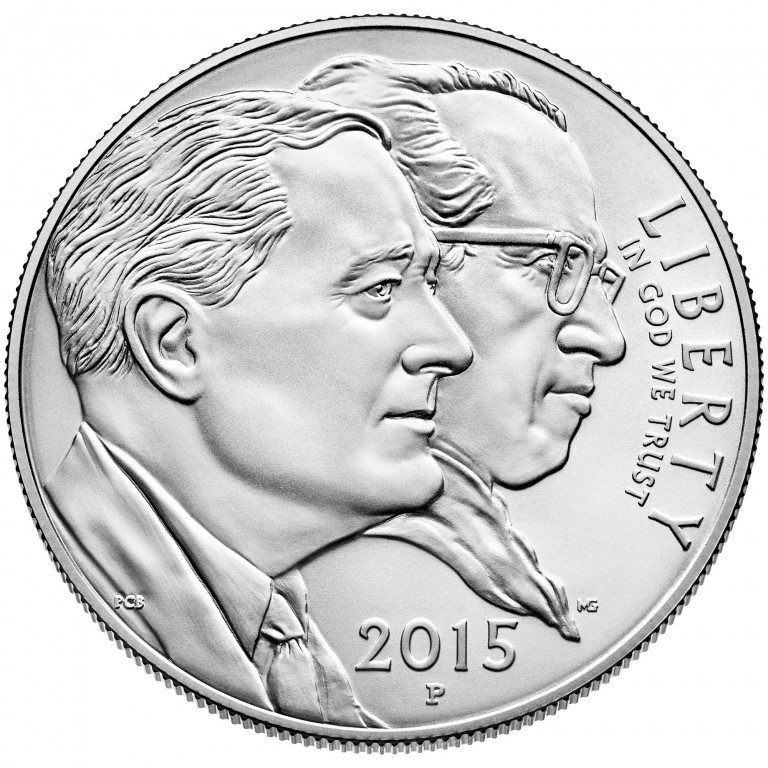 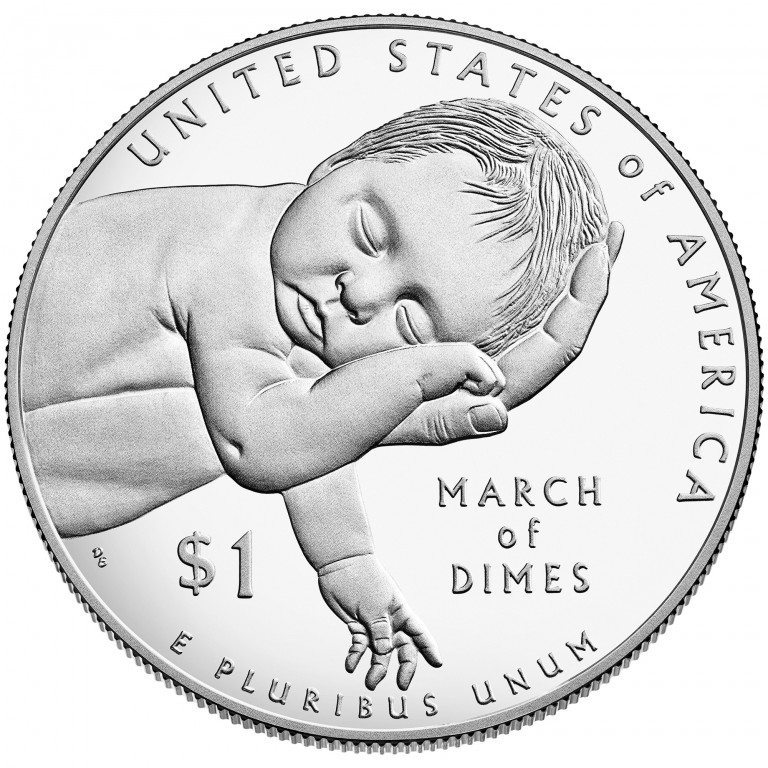 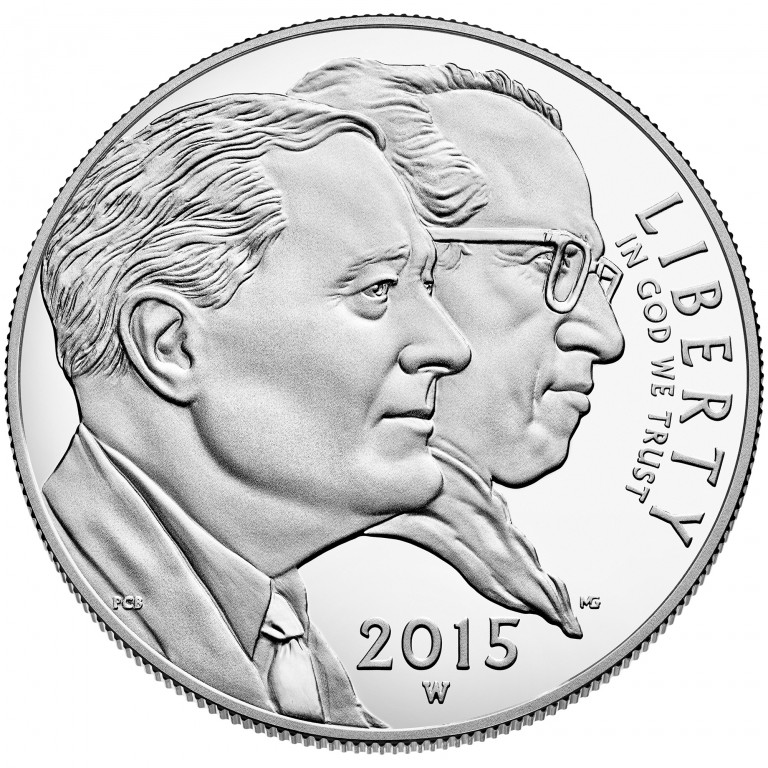 In 2015, the U.S. Mint released the March of Dimes Silver Dollar Coin in recognition of the 75th anniversary of the March of Dimes Foundation. The obverse and reverse designs are emblematic of the mission and programs of the Foundation and its distinguished record of generating Americans’ support to protect children’s health. Consistent with the traditions and heritage of the Foundation, the design themes represent the Foundation’s past, present, and future and its role as champion for all babies.

The March of Dimes Foundation

President Franklin D. Roosevelt’s personal struggle with polio led him to create the National Foundation for Infantile Paralysis (now known as the March of Dimes) on January 3, 1938, at a time when polio was on the rise.

The Foundation established patient aid programs and funded research for polio vaccines developed by Drs. Jonas Salk and Albert Sabin. Tested in a massive field trial in 1954 that involved 1.8 million schoolchildren known as “polio pioneers,” the Salk vaccine was licensed for use on April 12, 1955, as “safe, effective, and potent.” The Salk and Sabin polio vaccines ultimately ended the polio epidemics in the United States.

With its original mission accomplished, the Foundation turned its focus to preventing birth defects, prematurity, and infant mortality in 1958. It began to fund research into the genetic, prenatal, and environmental causes of more than 3,000 birth defects. The Foundation’s investment in research has led to 13 scientists winning the Nobel Prize since 1954.

Since its founding, the March of Dimes has advocated for the passage of legislation critical to maternal and child health at both the federal and state levels, such as the Birth Defects Prevention Act, Children’s Health Act, PREEMIE Act, and Newborn Screening Saves Lives Act. The organization actively supports programs and funding related to prematurity prevention, newborn screening, birth defects, access to health insurance and health care, tobacco cessation, and many more issues that promote healthy pregnancies and healthy babies.

A $10 surcharge collected from the sale of each coin is authorized to be paid to the March of Dimes Foundation to help finance research, education, and services aimed at improving the health of women, infants, and children.

The obverse (heads) design–representing the past–depicts a profile view of President Franklin D. Roosevelt and Dr. Jonas Salk, two leaders in the fight against polio.

The reverse (tails) design depicts a baby cuddled in the hand of a parent, representing the foundation's dedication to the health of babies everywhere.