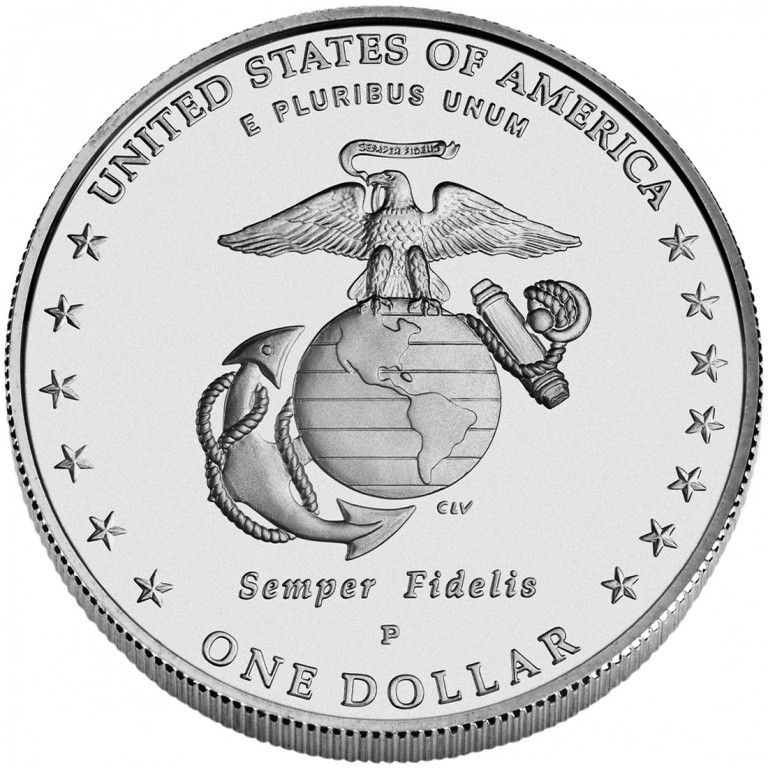 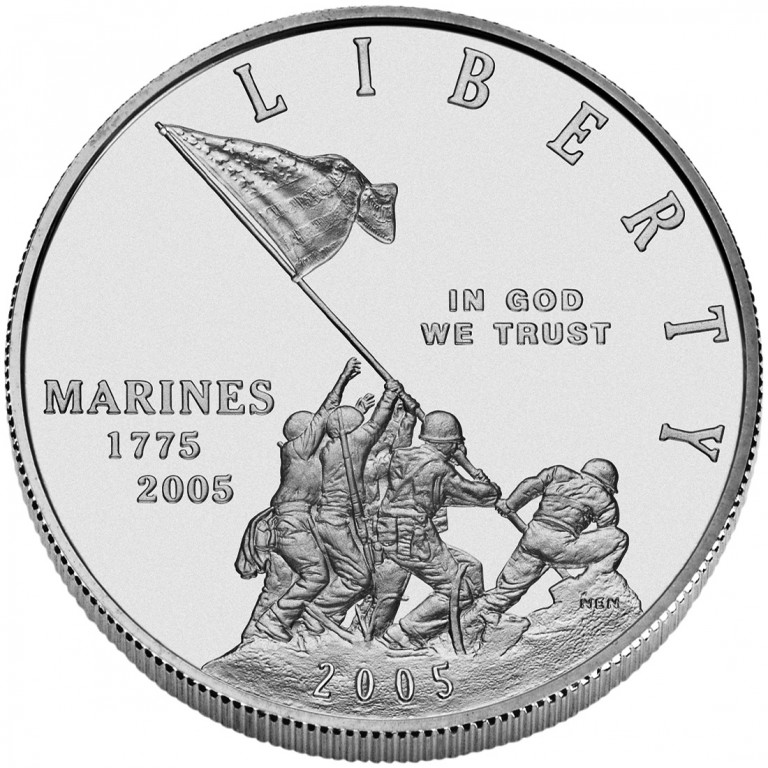 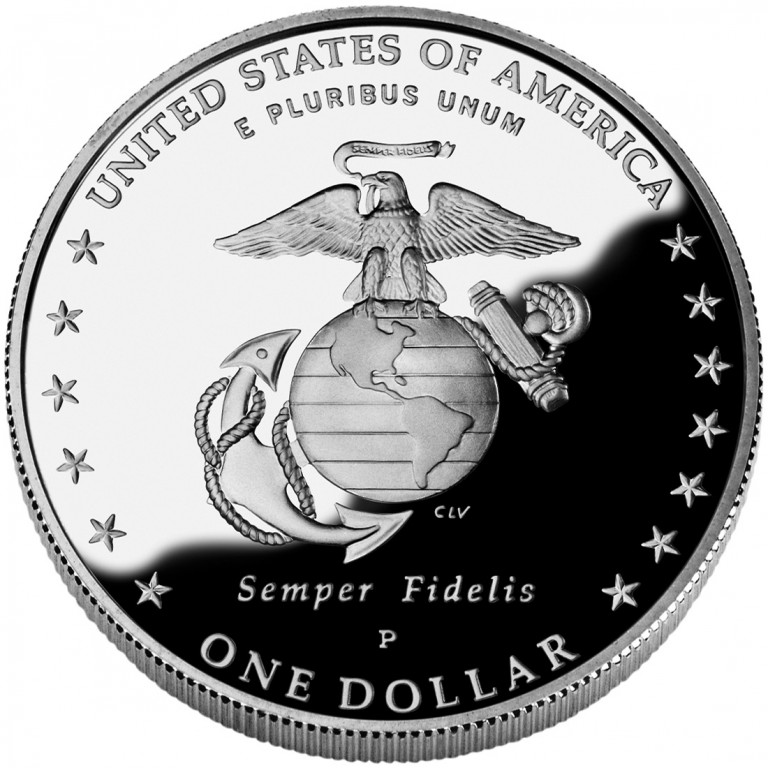 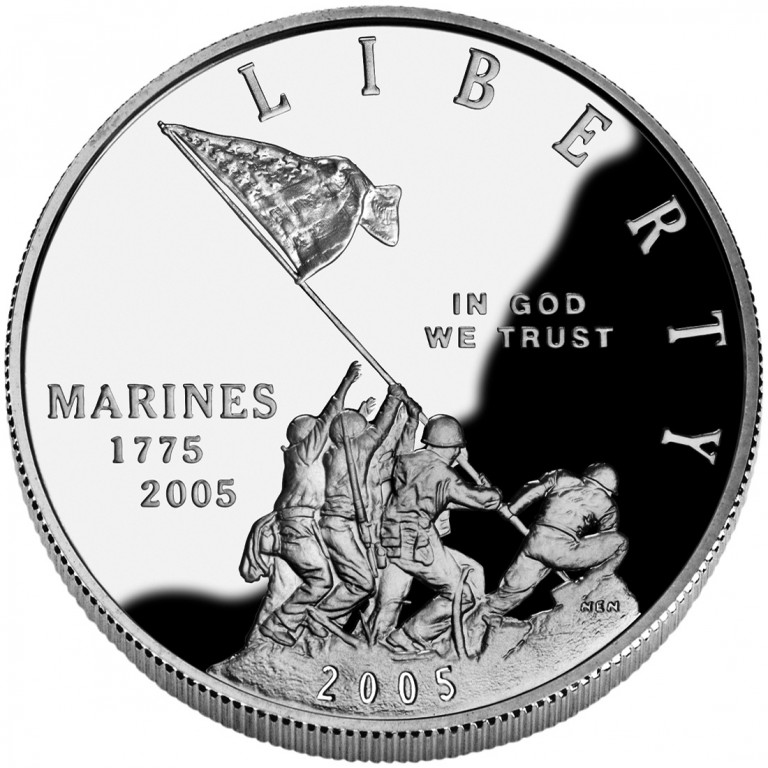 On November 10, 1775, the Continental Congress authorized the raising of two battalions of American Marines, thereby creating the legendary institution today known as the United States Marine Corps. From the Nation’s birth to the present day, the Marines represent a proud culture of service and contribution in defense of the values and freedoms at the heart of the American experience.

Today, the Marines continue to exemplify the warrior ethos that has made it a fighting force of international repute. The philosophy of the Corps—and of the hundreds of thousands of individuals who have earned the title “Marine” over the last 230 years—is simply stated in its core values: Honor. Courage. Commitment.

Coins offered in both proof and uncirculated condition may be issued under the Act only during the one-year period beginning January 1, 2005.

According to the United States Marine Corps Hymn, Marines have "fought in ev’ry clime and place" throughout our Nation’s history. The story of the Marine Corps is the personification of American military history beginning with the American Revolution. The flag raising at Iwo Jima, represented at the Marine Corps War Memorial, is ingrained in the public mind as perhaps the enduring image of World War II.