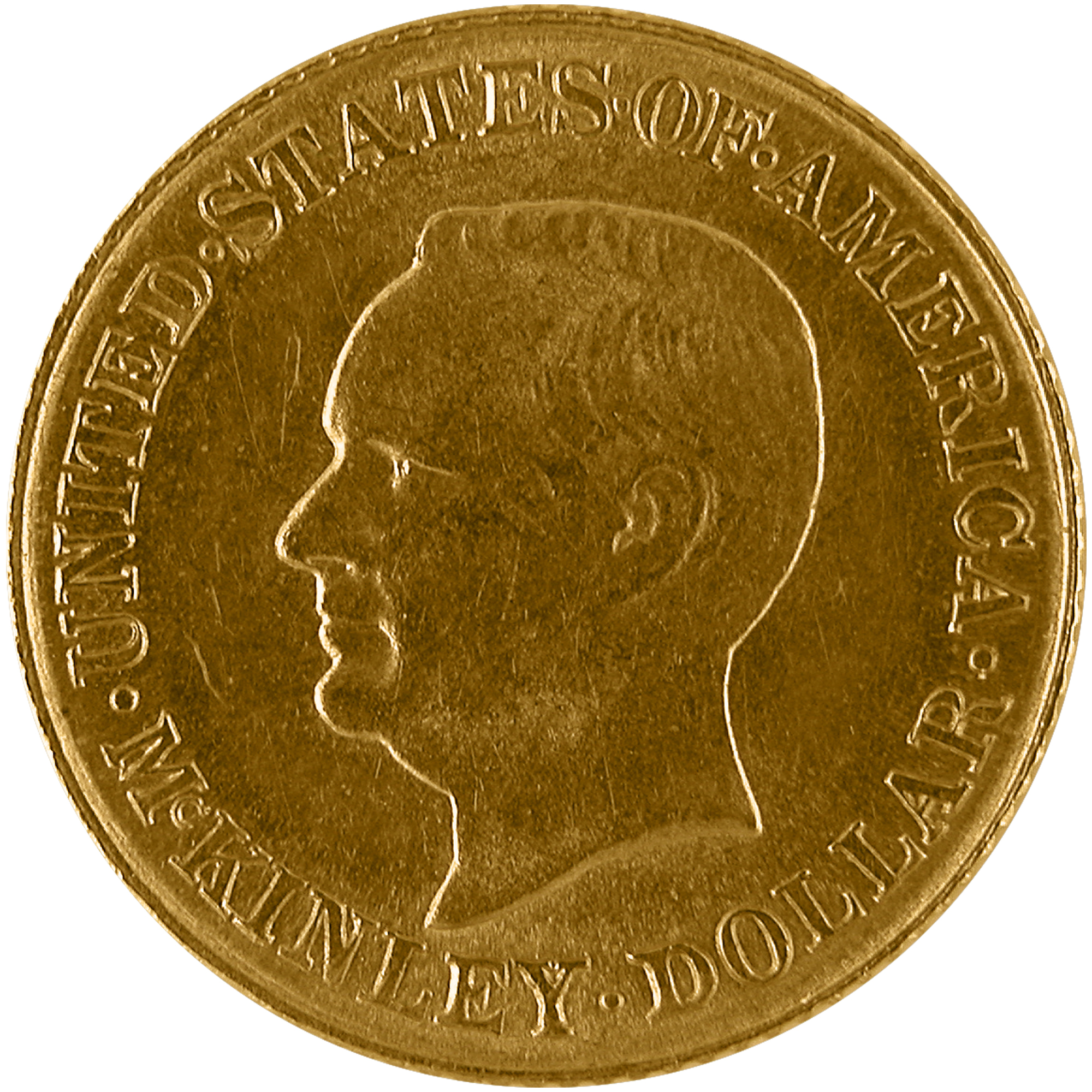 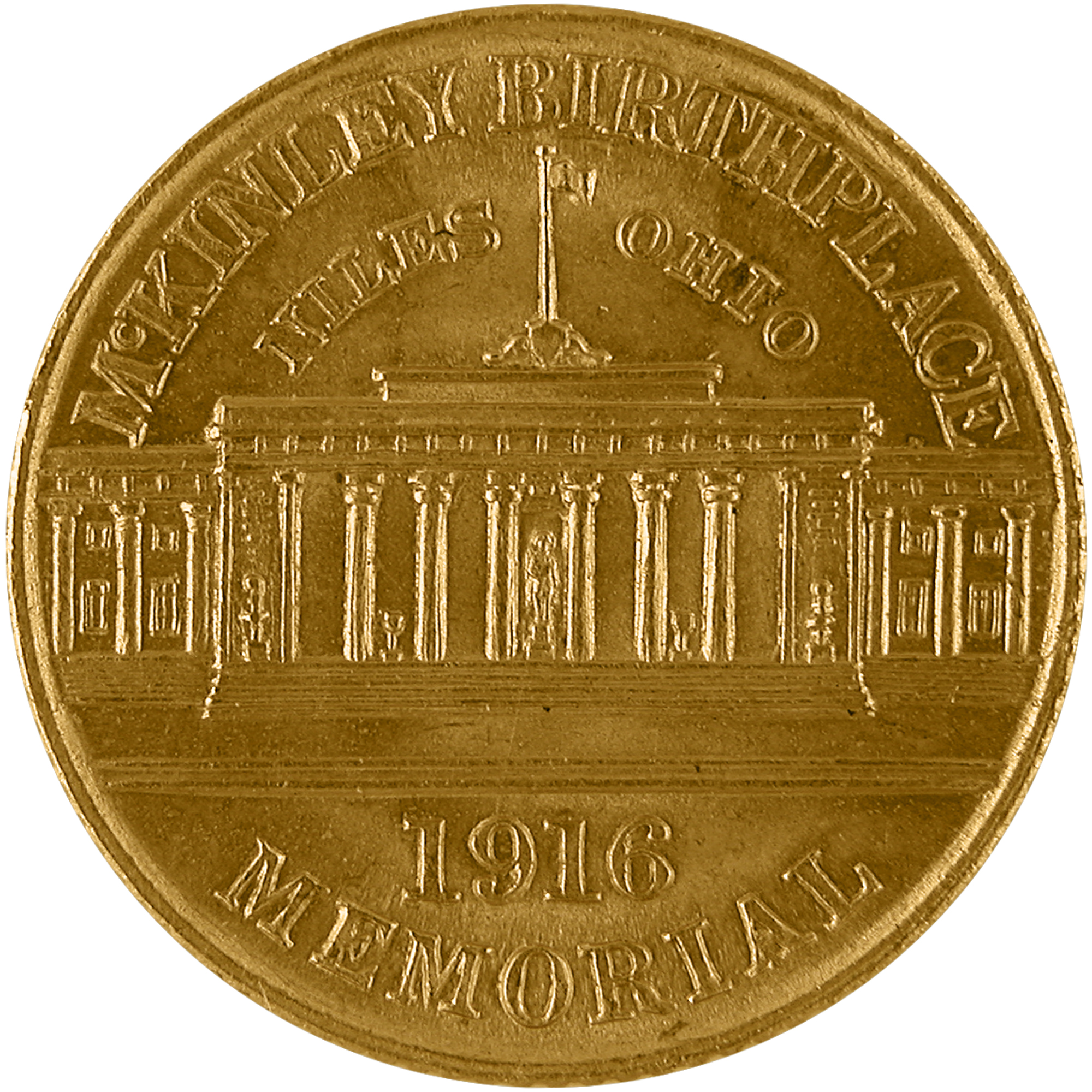 The McKinley Memorial Gold Dollar commemorates the 25th President of the United States, William McKinley. The coin was first released in 1916, 15 years after his assassination.

The obverse design features an image of President William McKinley in profile.

The reverse features the McKinley Memorial building in Niles, Ohio.