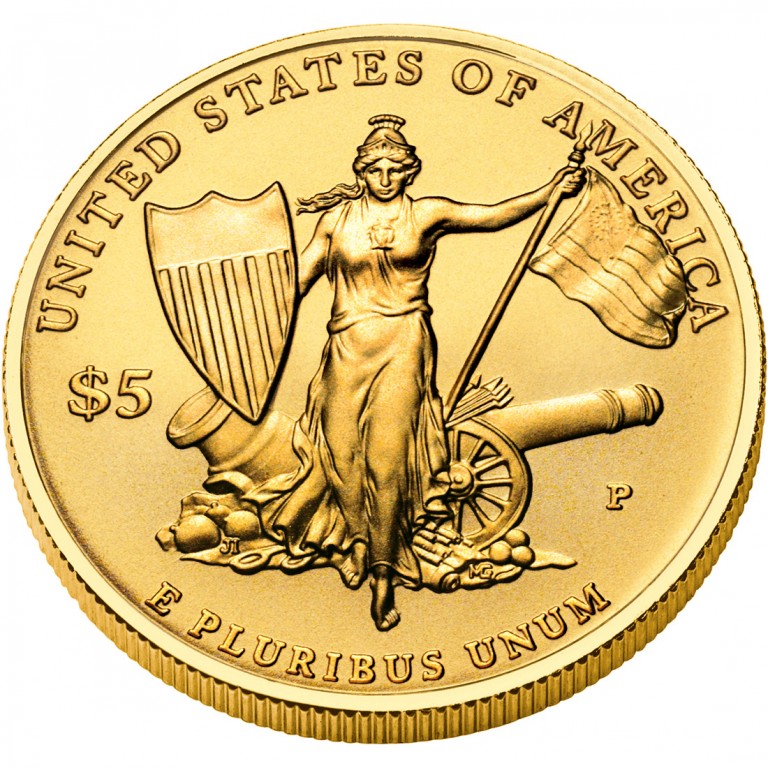 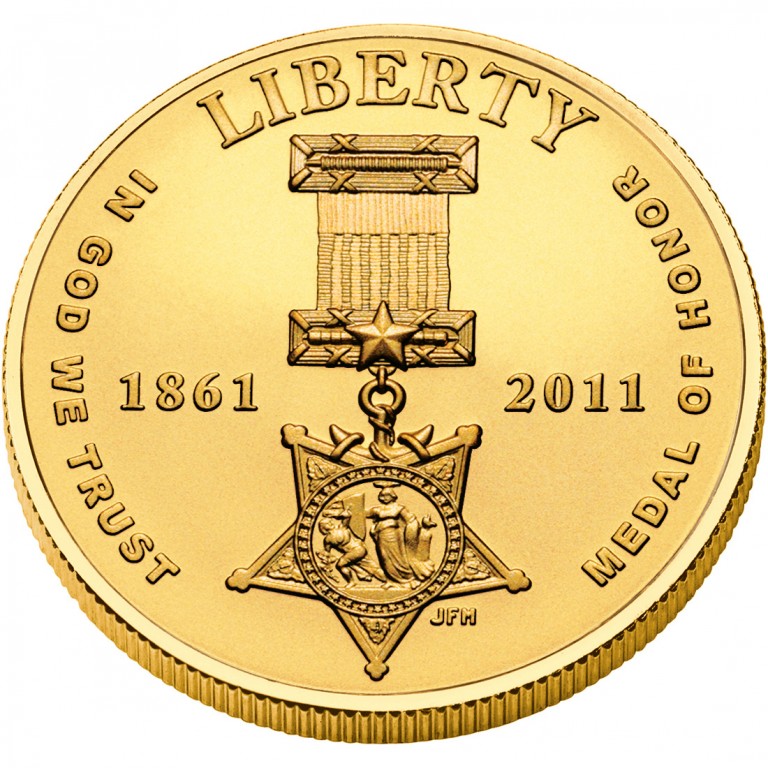 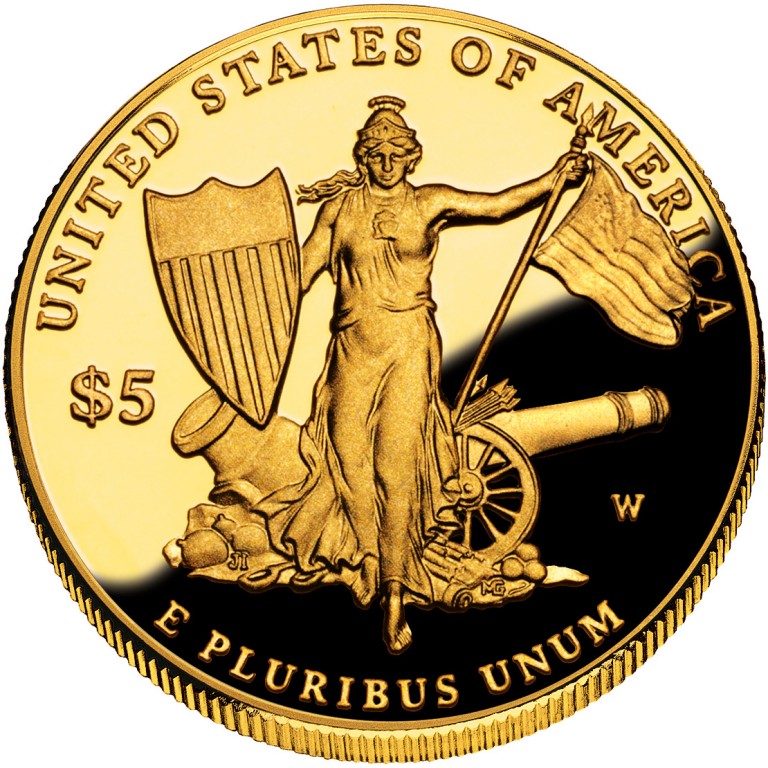 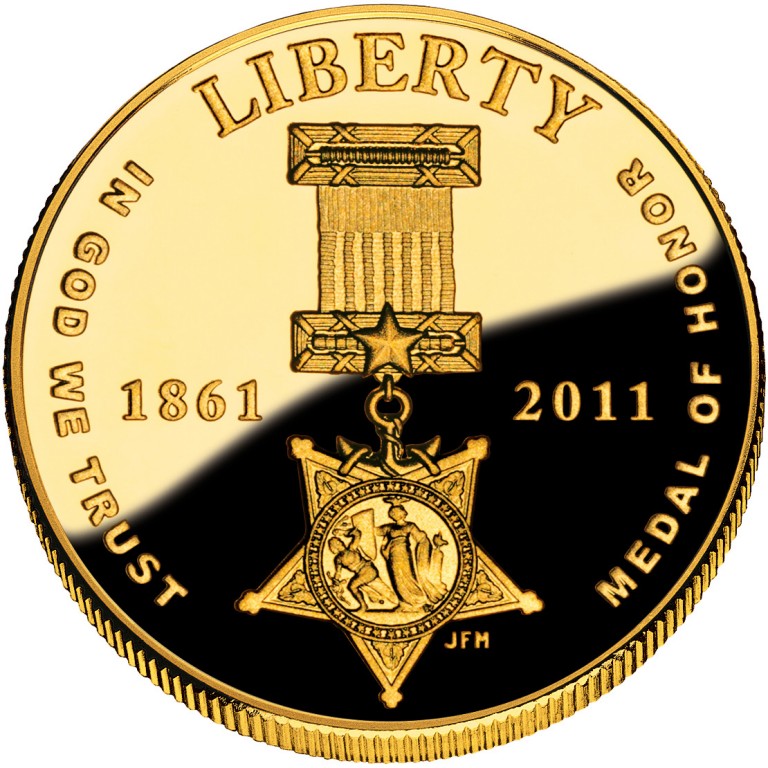 Surcharges in the amount of $35 for each gold coin and $10 for each silver coin are authorized to be paid to the Congressional Medal of Honor Foundation. The foundation assists in perpetuating the legacy of the Medal of Honor by funding programs to promote the ideals of courage, sacrifice, selfless service, and patriotism among the American public.

Obverse: depicts the original Medal of Honor authorized by Congress in 1861 as the Navy's highest personal decoration.

Reverse: features Minerva, based on the common central image on both the original Navy and Army Medals of Honor. Minerva, standing with a shield representing the Army and Navy in her right hand and the Union flag in her left hand, is flanked by a field artillery cannon and wheel of the Civil War era.