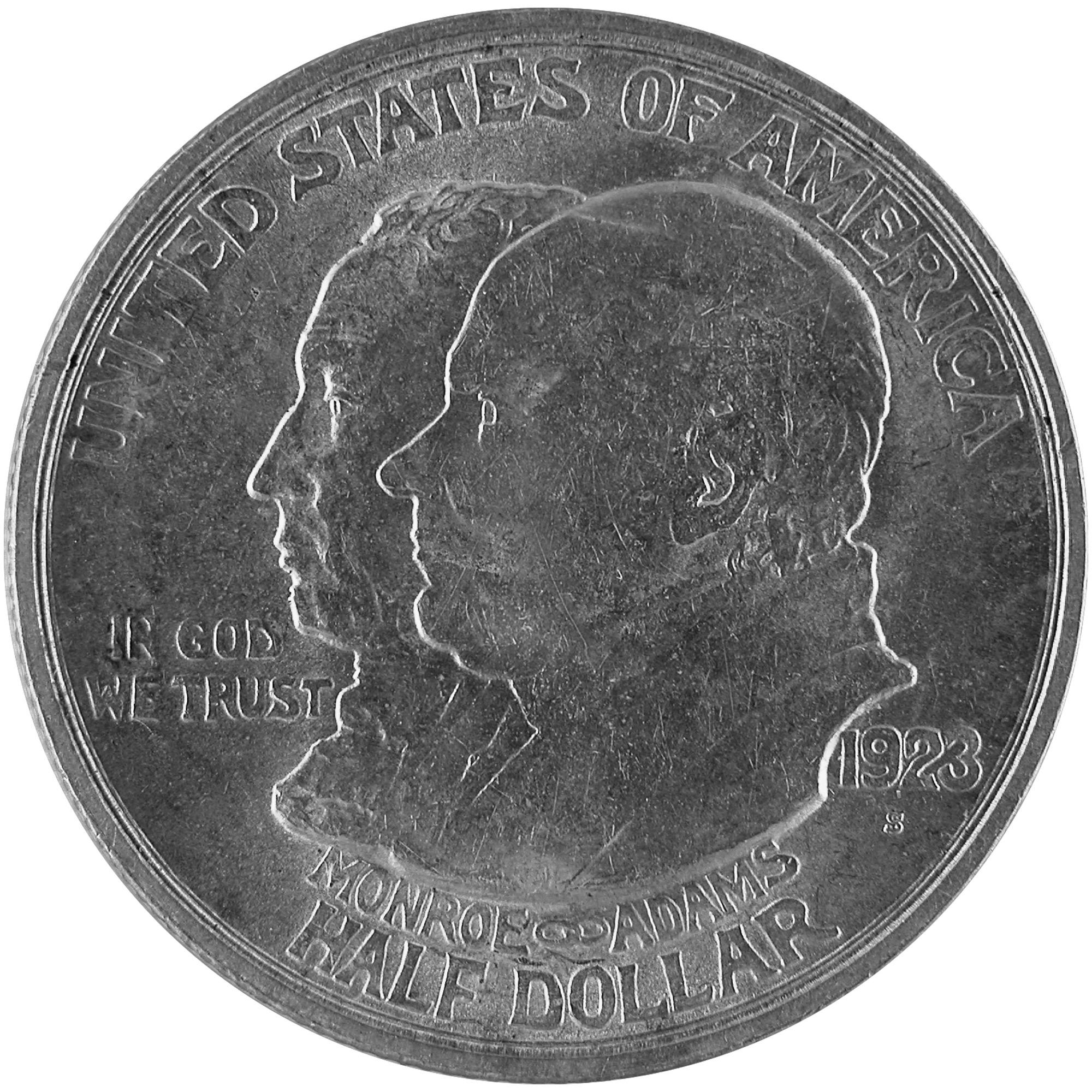 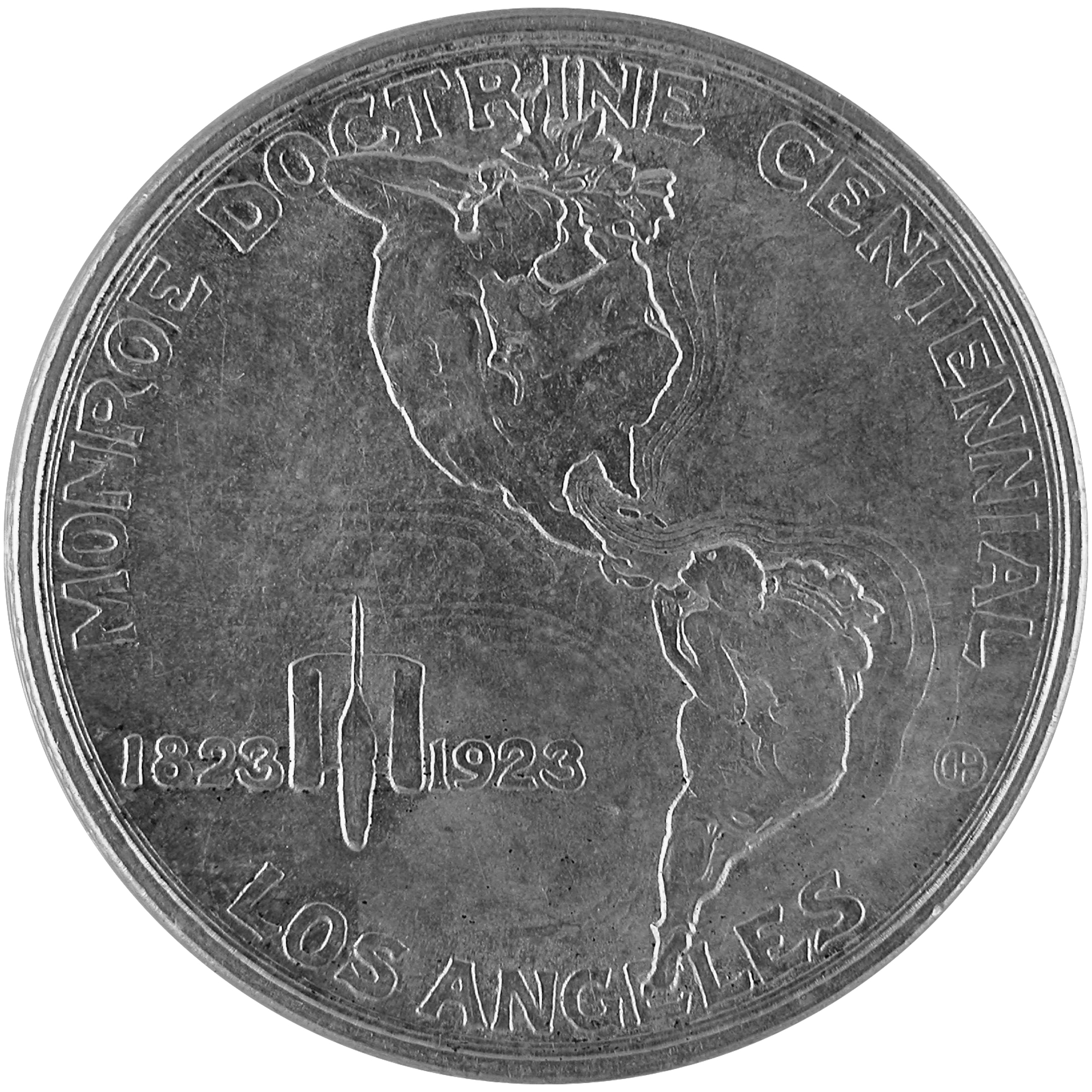 The reverse features the Western Hemisphere. North America in the form of a draped figure with the laurel of peace reaching to South America, also a draped figure carrying a horn of plenty. Their hands touch at the Panama Canal. Between the dates 1823-1923 are a scroll and a quill symbolizing the Treaty.