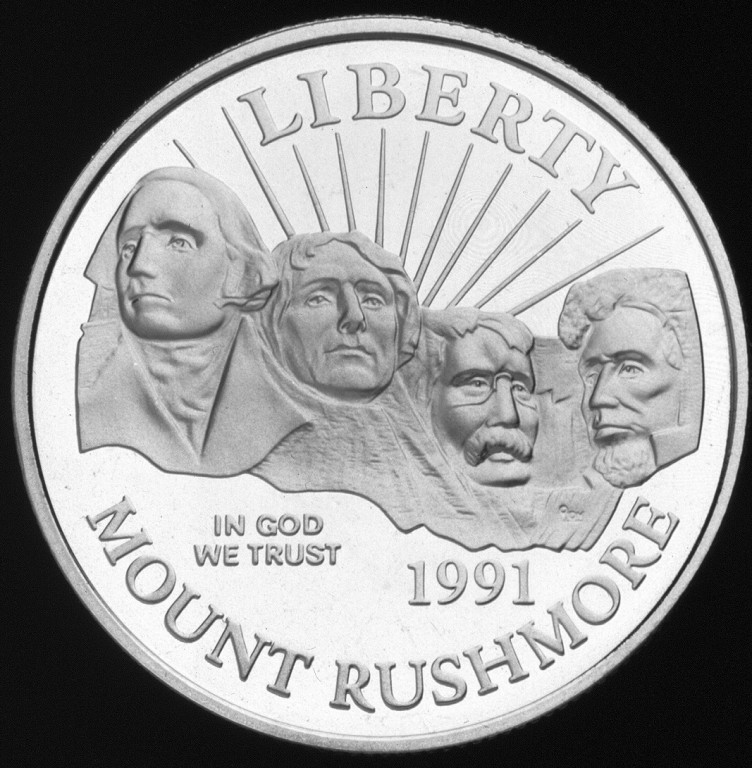 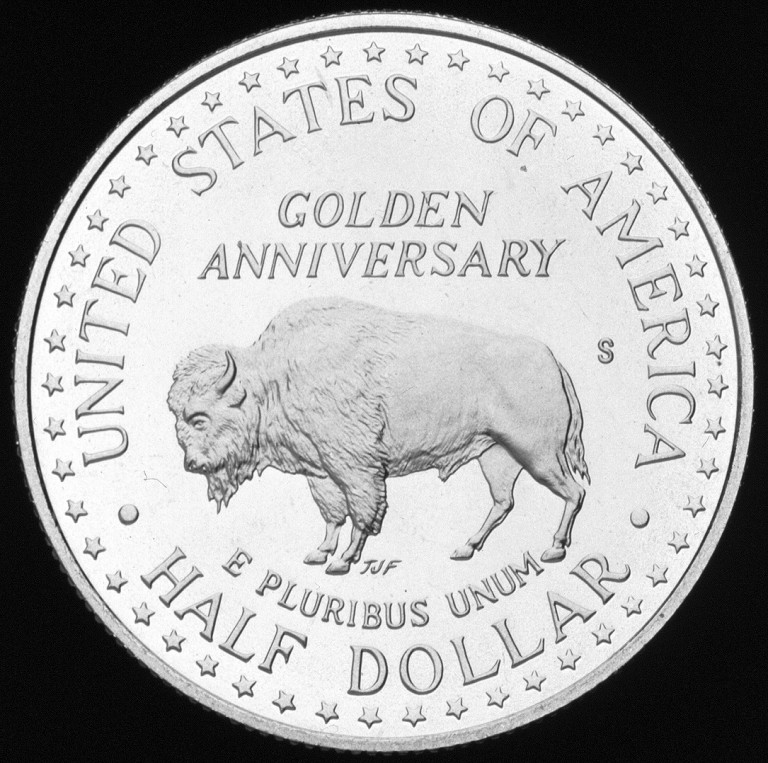 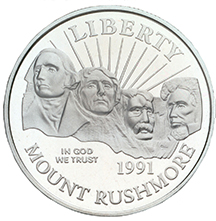 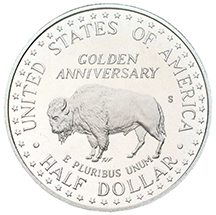 Released on February 15, 1991, this commemorative coin honors the 50th Anniversary of Mount Rushmore.  It was unveiled at a ceremony held at Ford’s Theatre in South Dakota.

The obverse design on the coin features Mount Rushmore and a sunburst.

The reverse features the classic design of the American Buffalo.