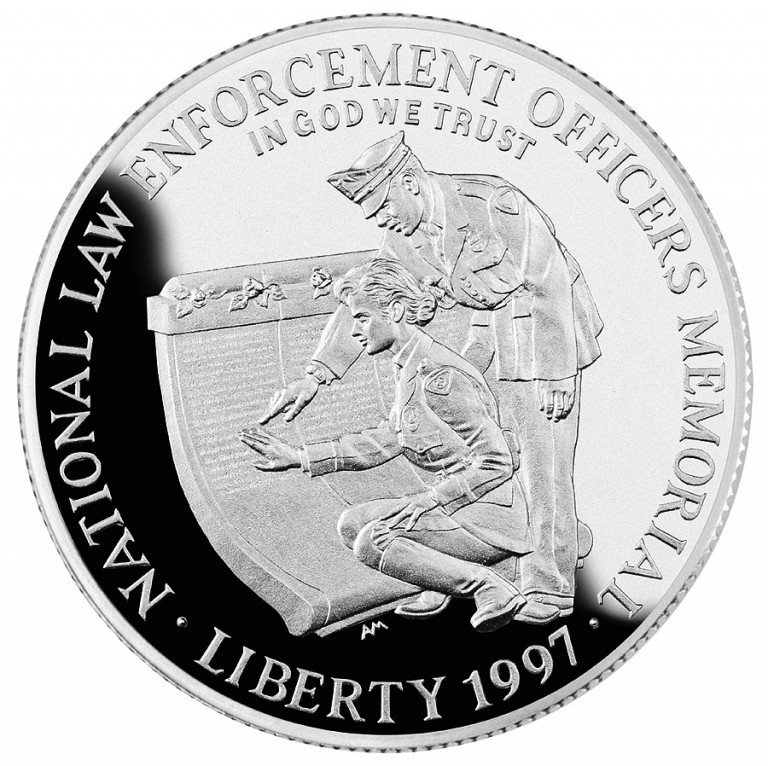 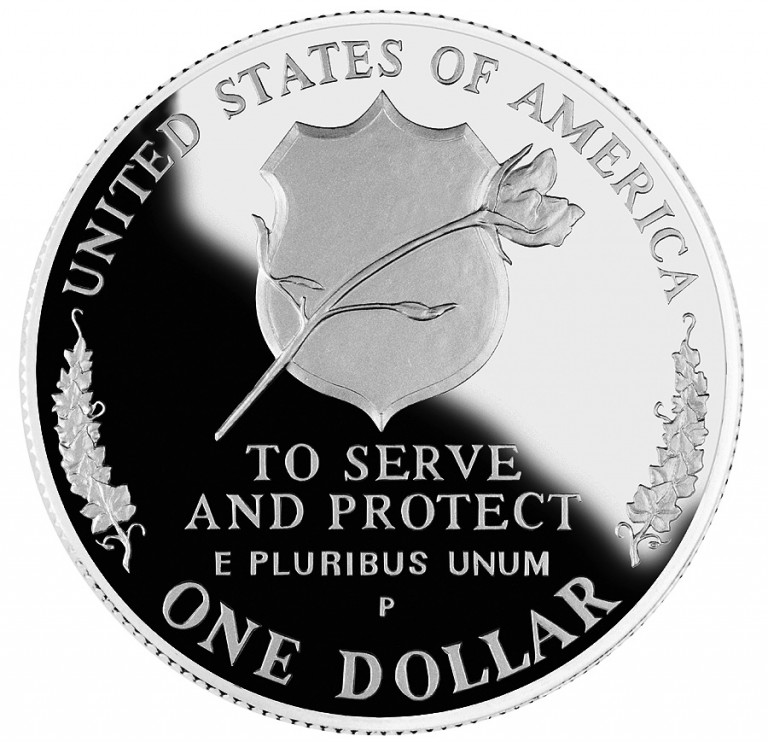 What the Coin Commemorates

The coin was authorized to commemorate the sacrifice of law enforcement officers and their families in preserving public safety.

On October 15, 1991, the National Law Enforcement Officers Memorial was dedicated in Washington D.C. to honor the more than 14,000 officers slain in the line of duty. An inscription on the memorial by Vivian Eney, survivor, says, “It is not how these officers died that made them heroes, it is how they lived.”

The coin’s obverse is based on a photo by Larry Ruggeri showing two officers – U.S. Park police officers Robert Chelsey and Kelcy Stefansson – taking a rubbing of a ellow officer’s name from the National Law Enforcement Memorial wall.

The coin’s reverse shows the official Emblem of the National Law Enforcement Memorial, a shield and a solitary rose. The shield represents all law enforcement officers, and the rose is emblematic of the officers’ sacrifice and dedication.

A $10 surcharge per coin benefited the National Law Enforcement Officers Memorial Maintenance Fund, which maintains a memorial to fallen officers as well as a scholarship fund for those officers' families.

The obverse is a depiction of a photo by Larry Ruggeri.

The coin's reverse shows the official Emblem of the National Law Enforcement Memorial.