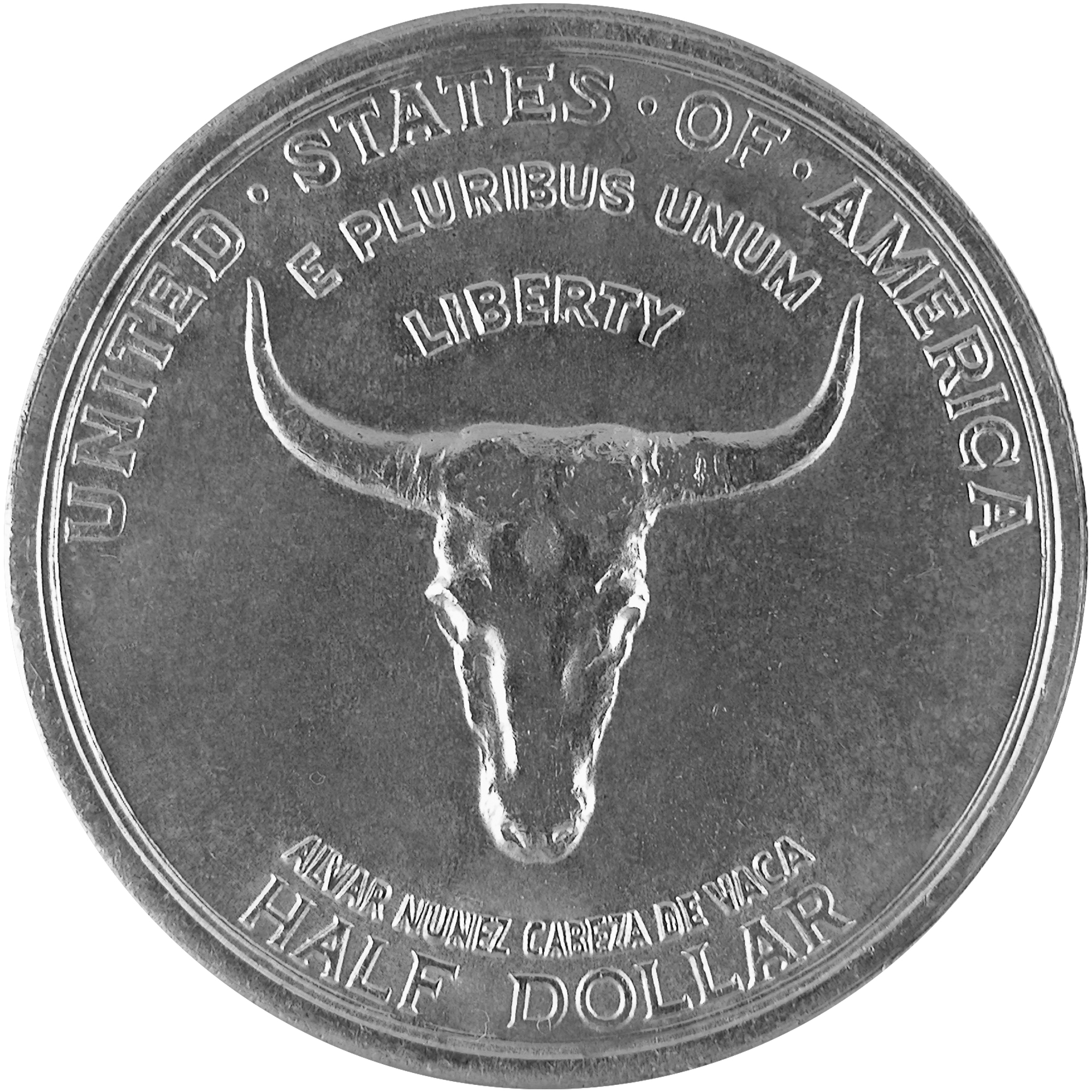 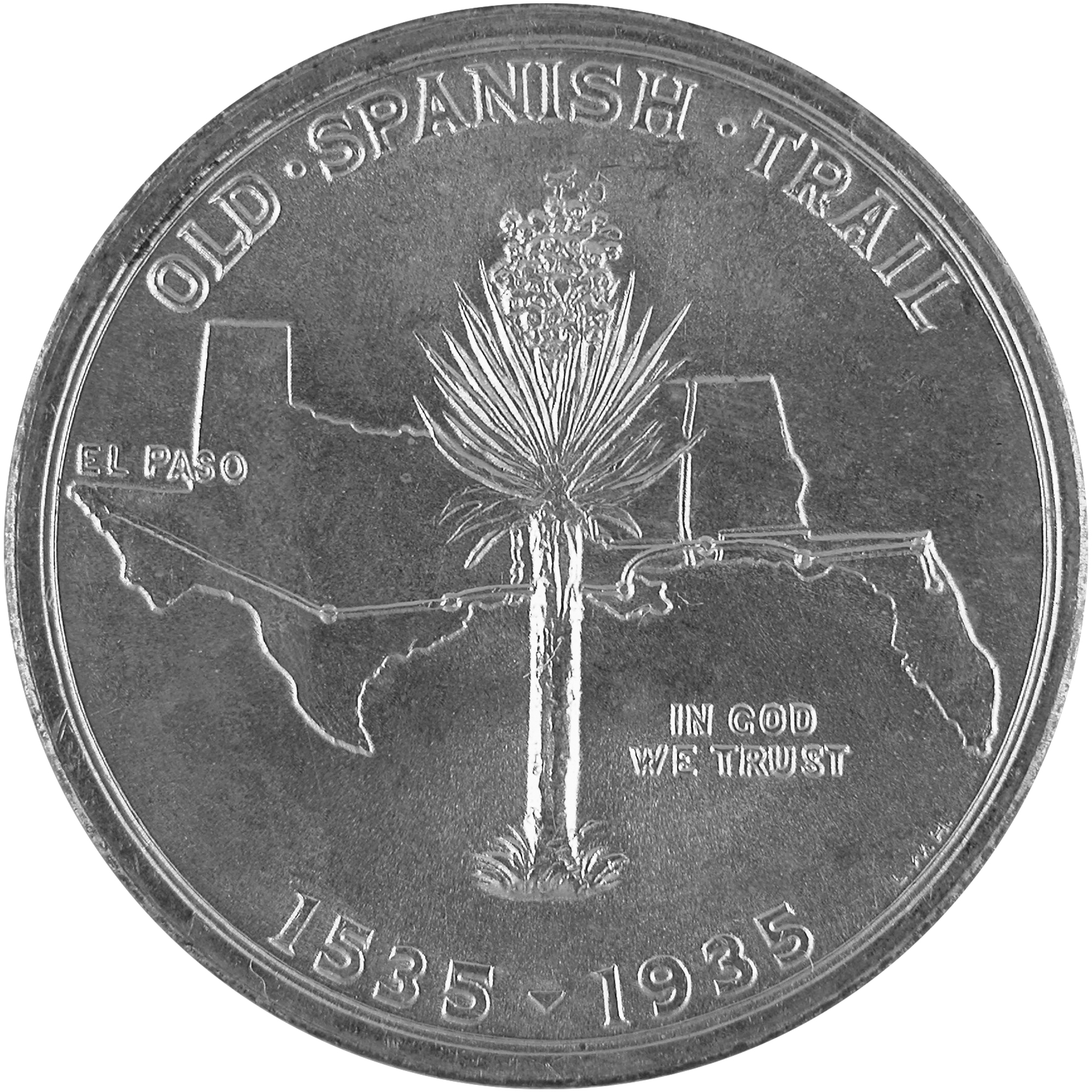 This obverse design features a Texas steer skull and the name of the pioneer Alvar Nunez Cabeza De Vaca.

The reverse features a yucca plant in flower and a map showing the trail taken by Cabeza De Vaca.