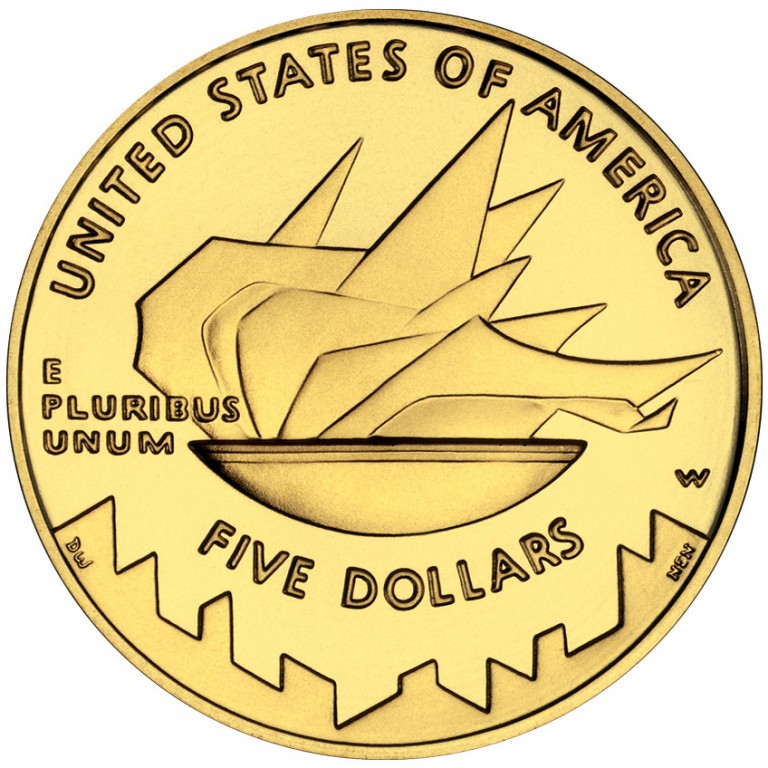 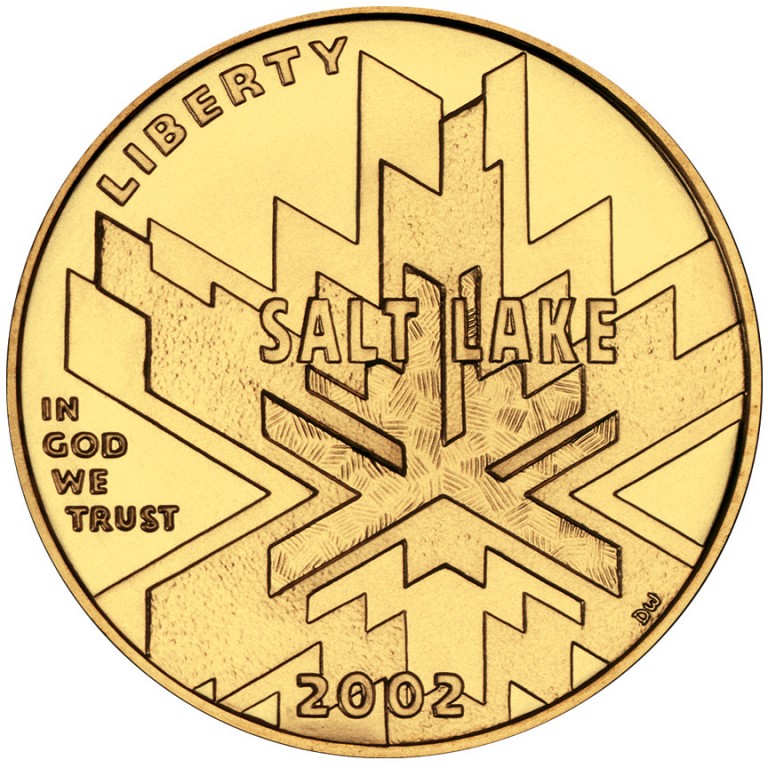 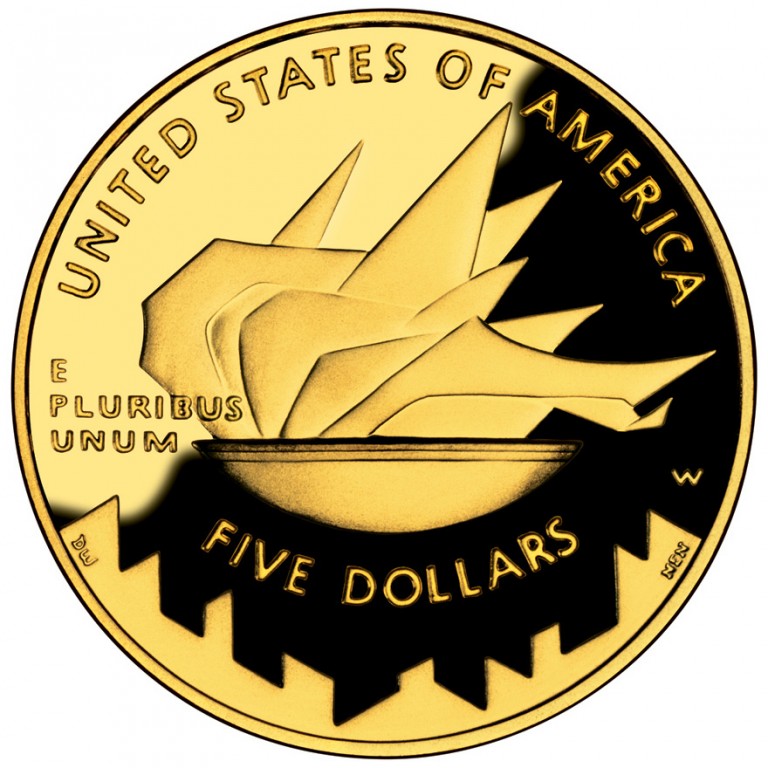 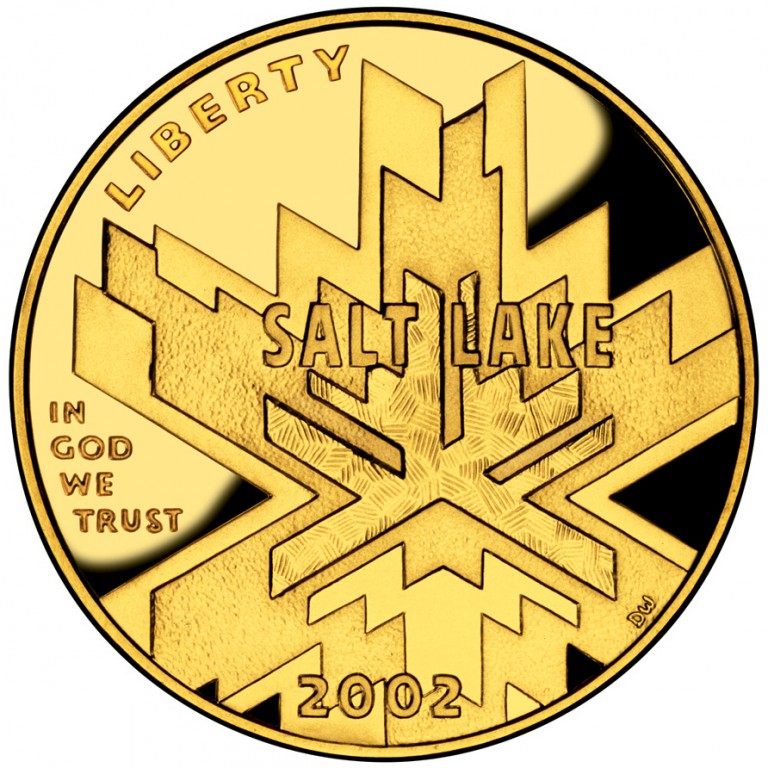 The obverse of the gold five-dollar features the 2002 Salt Lake Olympic Winter Games Crystal Emblem superimposed on top of the Games' secondary identity mark entitled: "Rhythm of the Land." The reverse portrays the Olympic flame in relief atop a cauldron.