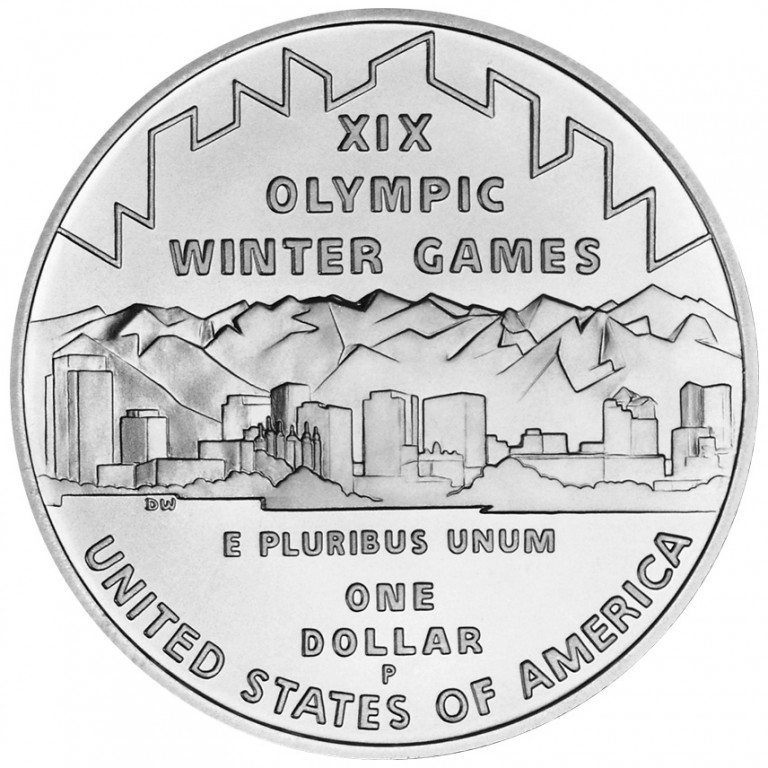 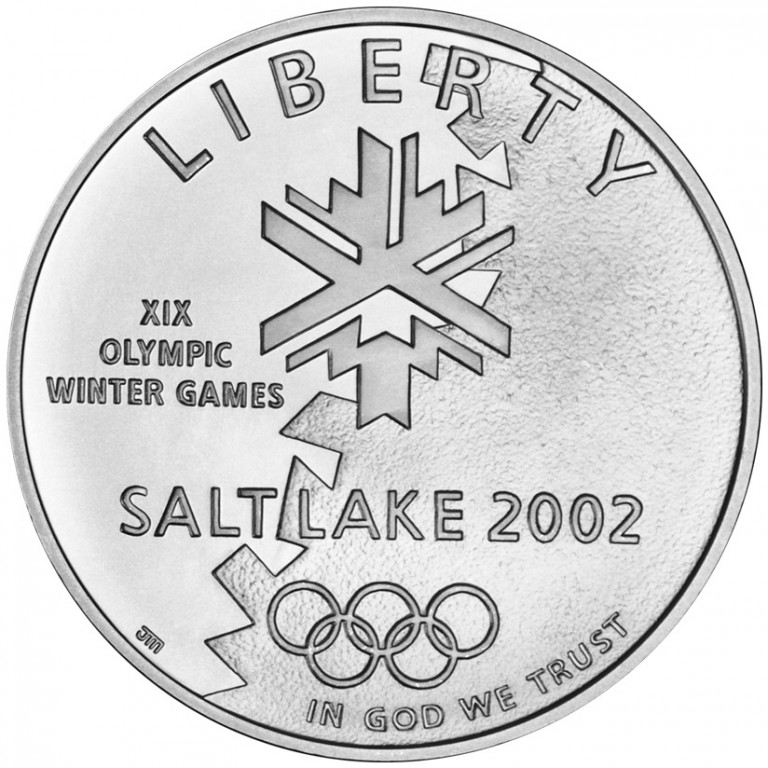 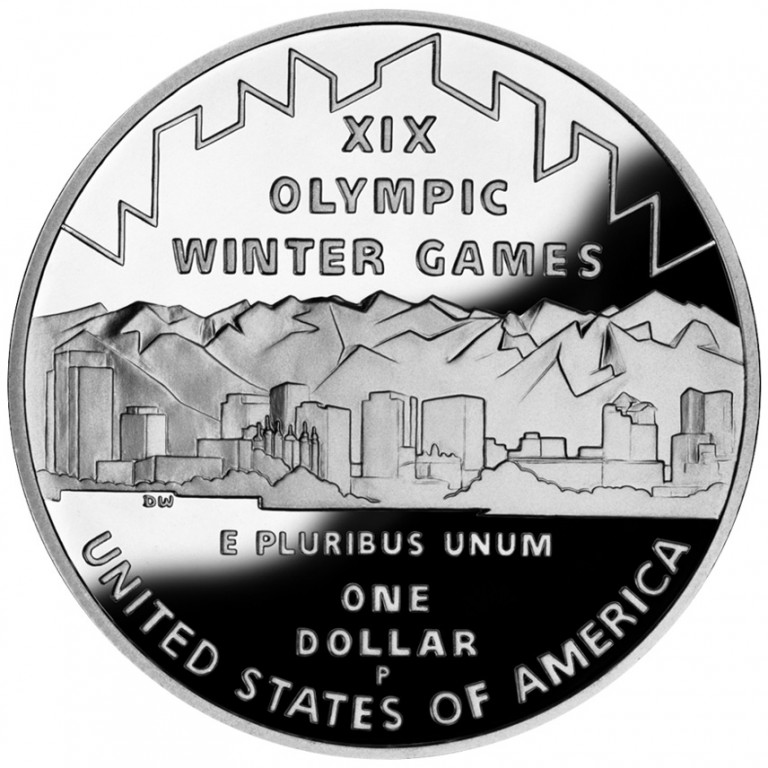 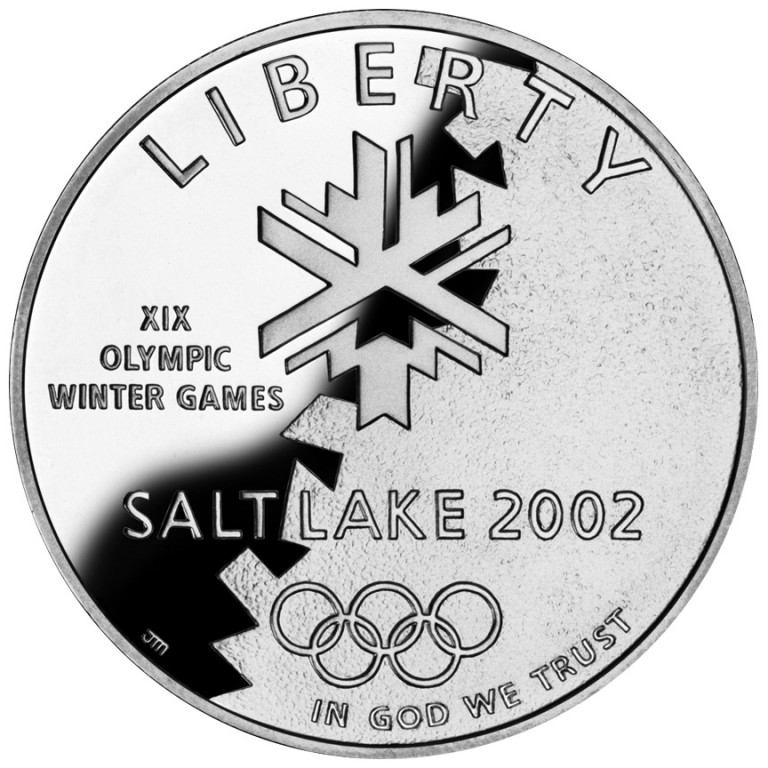 The silver dollar obverse features the Crystal Emblem of the 2002 Olympic Winter Games, Olympic Rings, and the Games' secondary identity mark entitled: "Rhythm of the Land." The reverse features Salt Lake City skyline with the Rocky Mountains in the background.