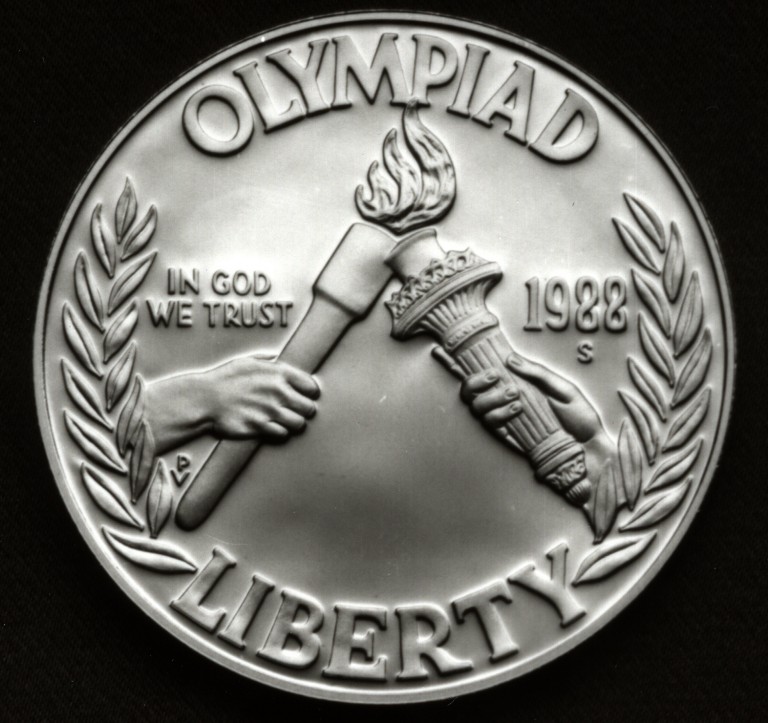 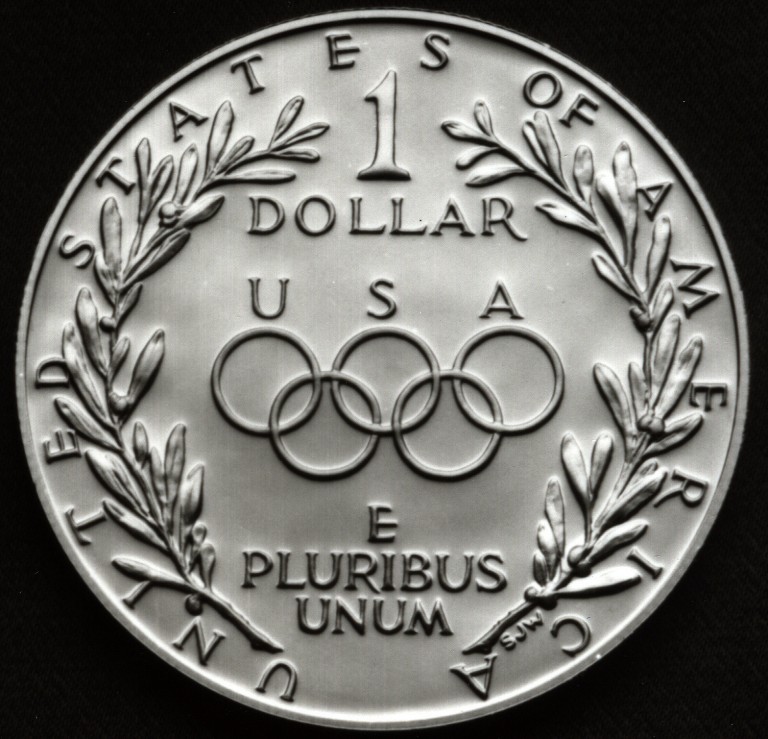 This U.S. Olympic coin was unveiled at the Denver Mint on May 2, 1988, by Katherine D. Ortega, Treasurer of the United States, and Donna Pope, Director of the United States Mint. Congress authorized this coin to support the training of American athletes participating in the 1988 Olympic Games.

The obverse design of the coin features Lady Liberty's torch and the Olympic torch merging into a single symbolic flame with an olive branch encircling the torches.

The reverse of the coin features the five-ring logo of the U.S. Olympic Committee, framed by a pair of olive branches.