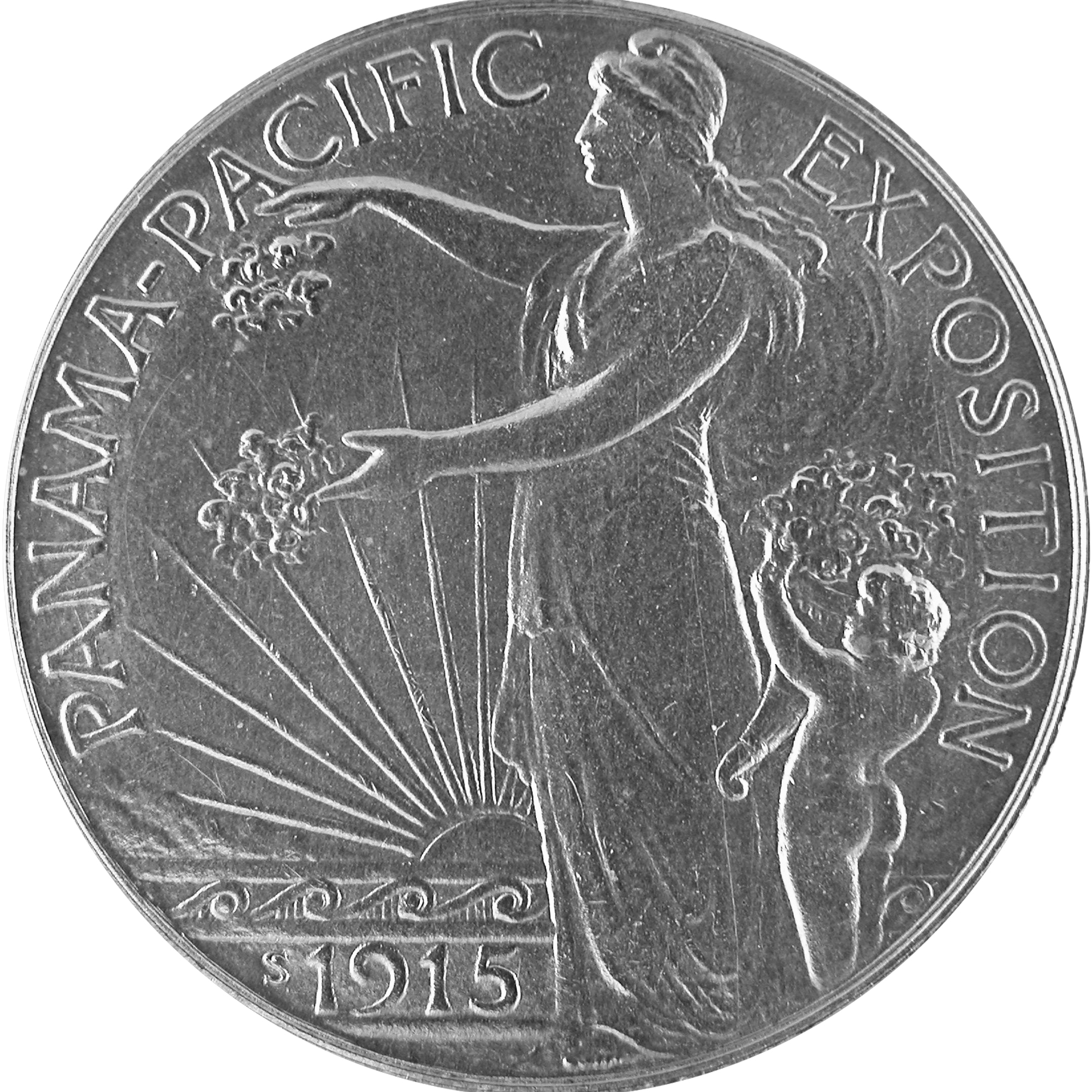 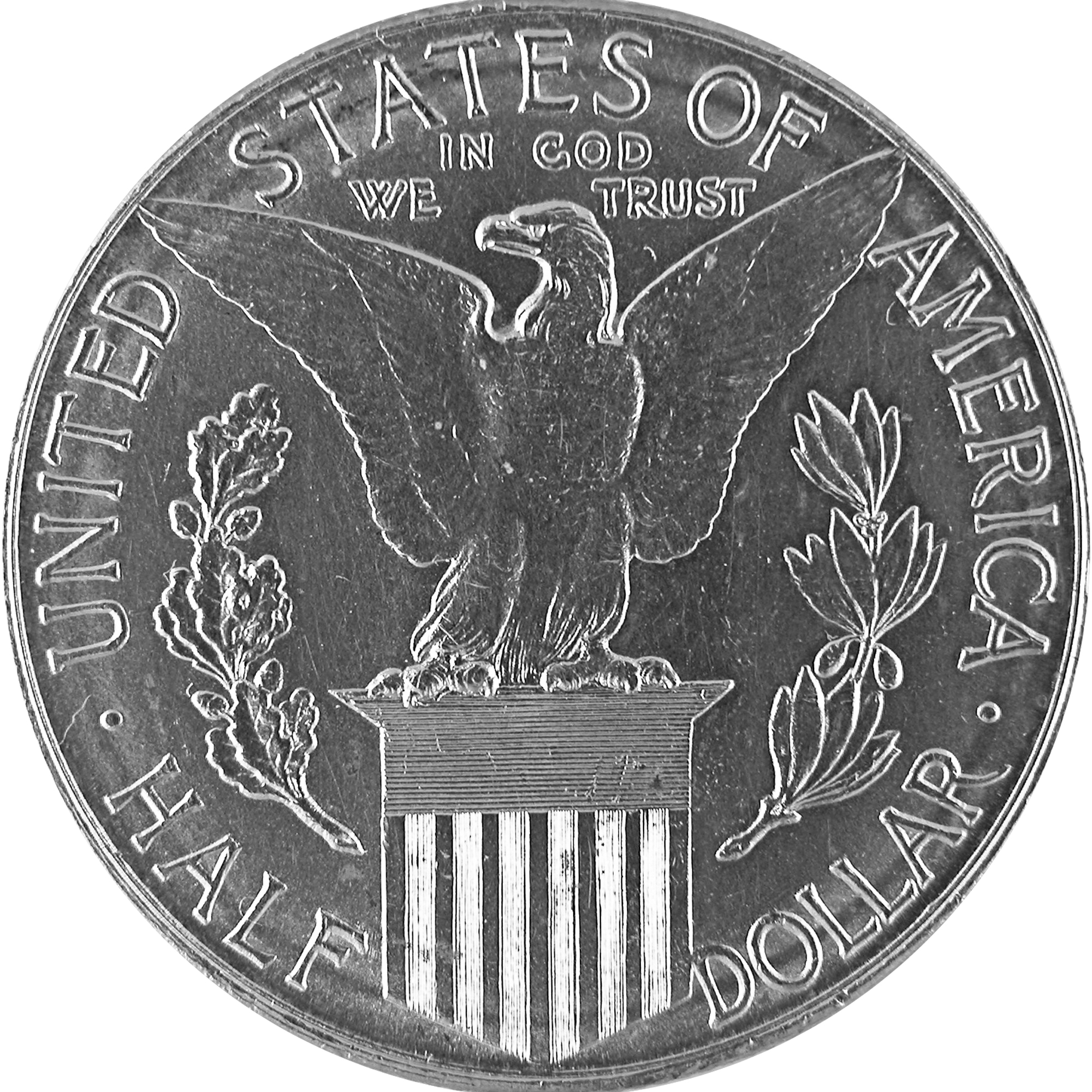 The obverse design features Columbia scattering fruits and flowers. She has a cornucopia, or horn of plenty, to signify the boundless resources of the West. In the background is the Golden Gate, illuminated by the rays of setting sun.

The reverse features the Shield of the United States surmounted by the American eagle. The Shield is supported on one side by a branch of oak, the emblem of strength, and on the other side by the olive branch of peace.