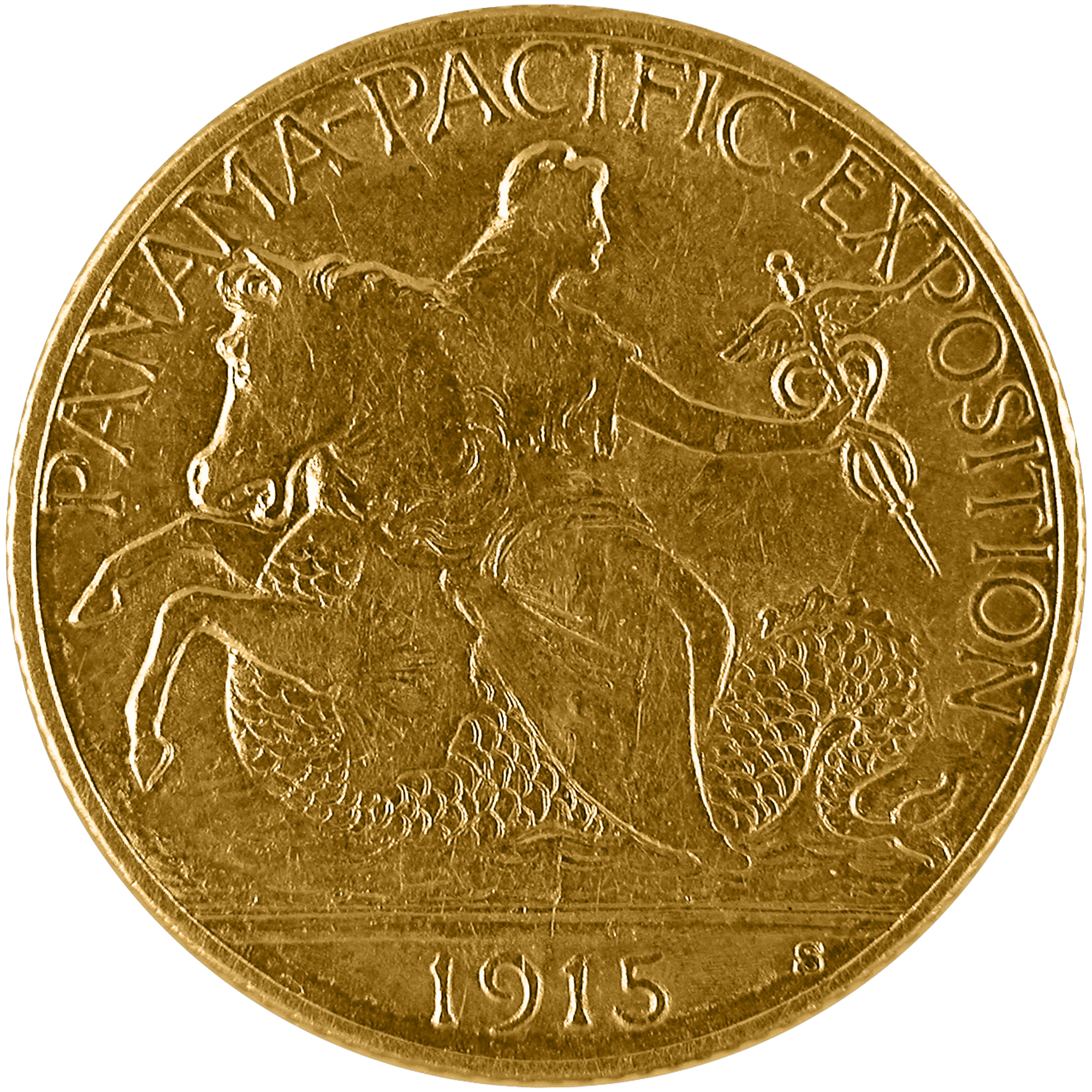 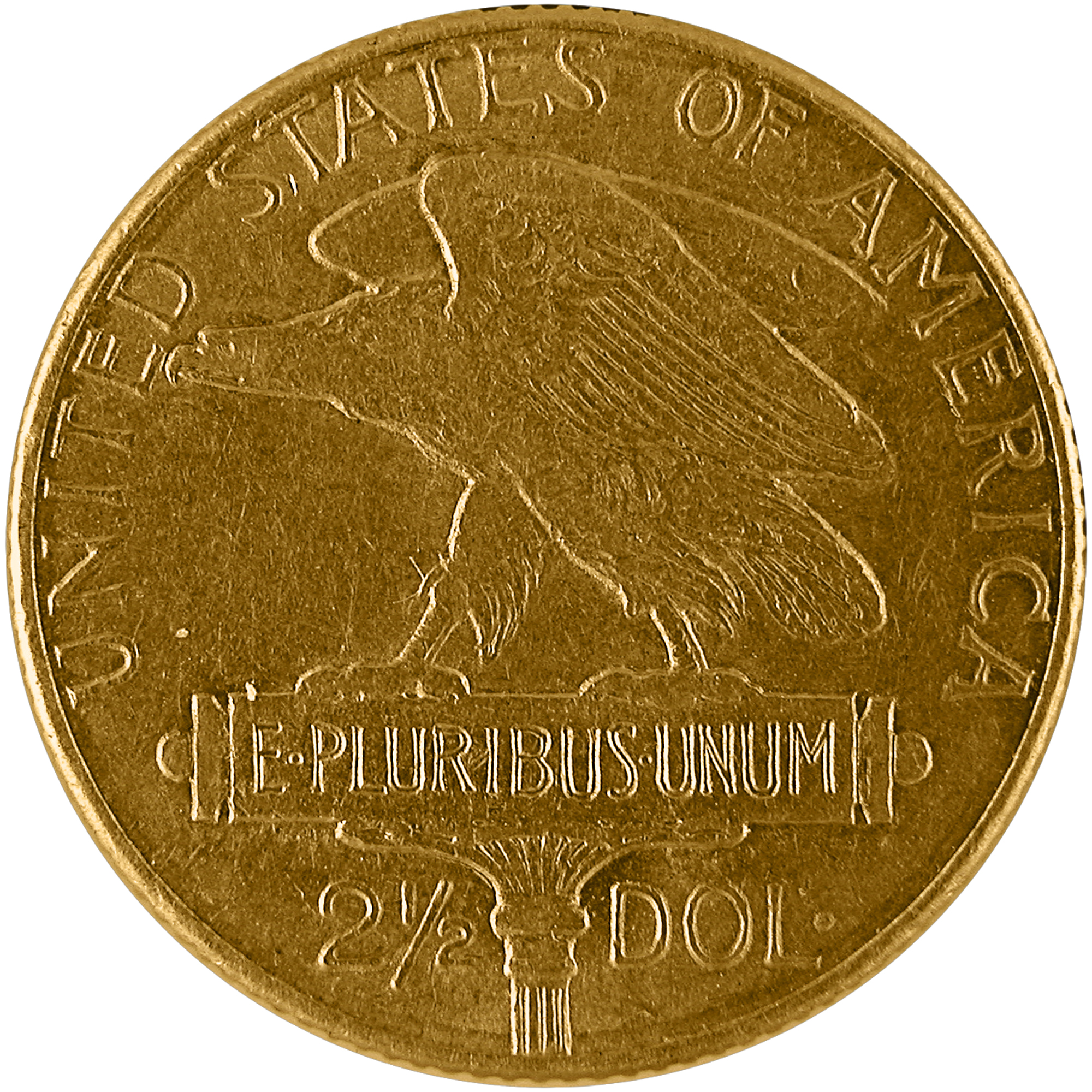 The obverse design features Columbia, seated on the mythical sea horse riding through the waters of the Panama Canal. She grasps caduceus, the emblem of trade and commerce, and represents the United States inviting the nations of the world to use the new passage from ocean to ocean.

The reverse features the American Eagle resting on a standard bearing the motto E Pluribus Unum.