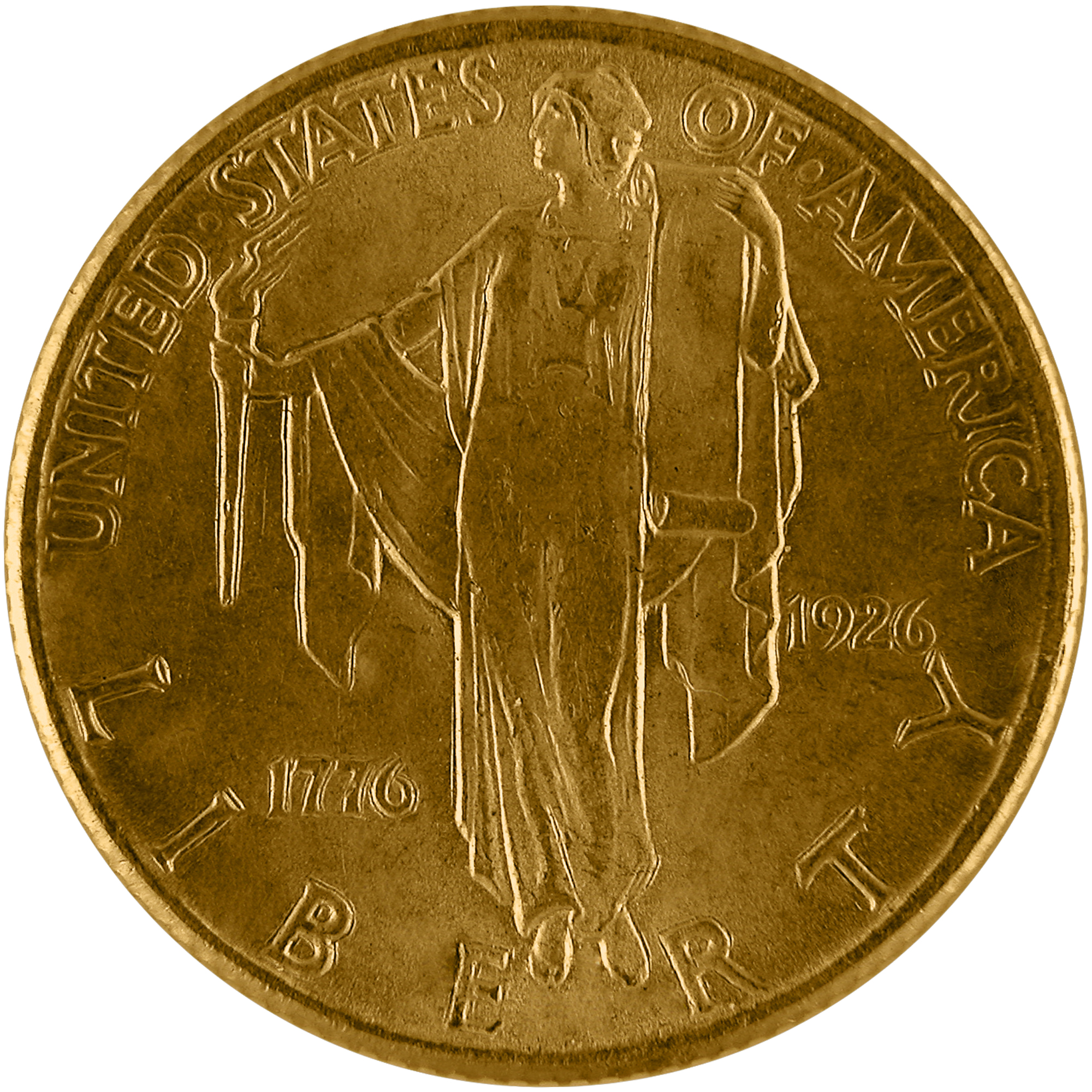 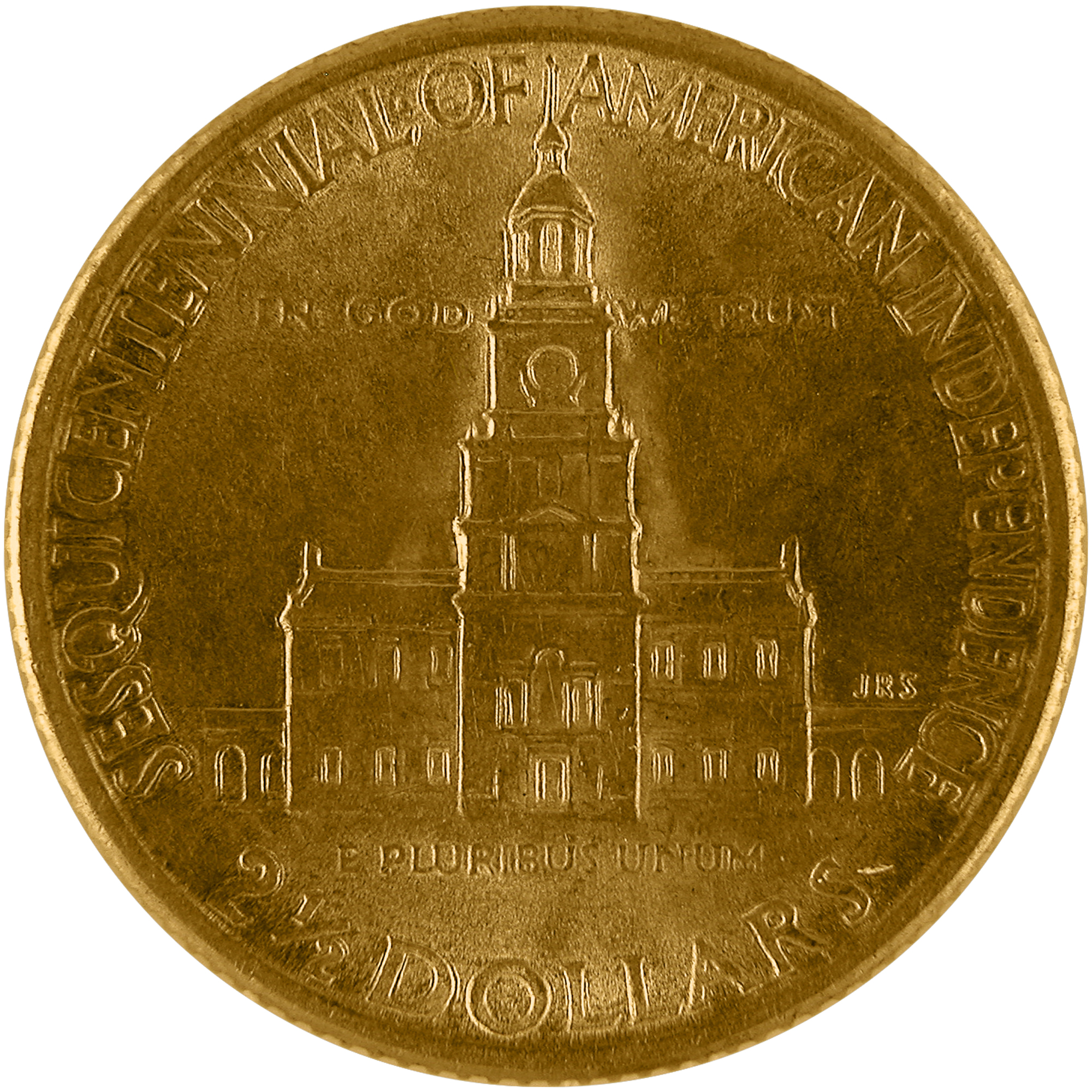 The Sesquicentennial of American Independence Quarter Eagle was released in 1926 to commemorate the 150th anniversary of the signing of the Declaration of Independence.

The obverse design features a draped female figure representing Liberty. She stands on a segment of the globe and holds a lighted torch in one hand and the Declaration of Independence in the other.

The reverse features an image of Independence Hall.