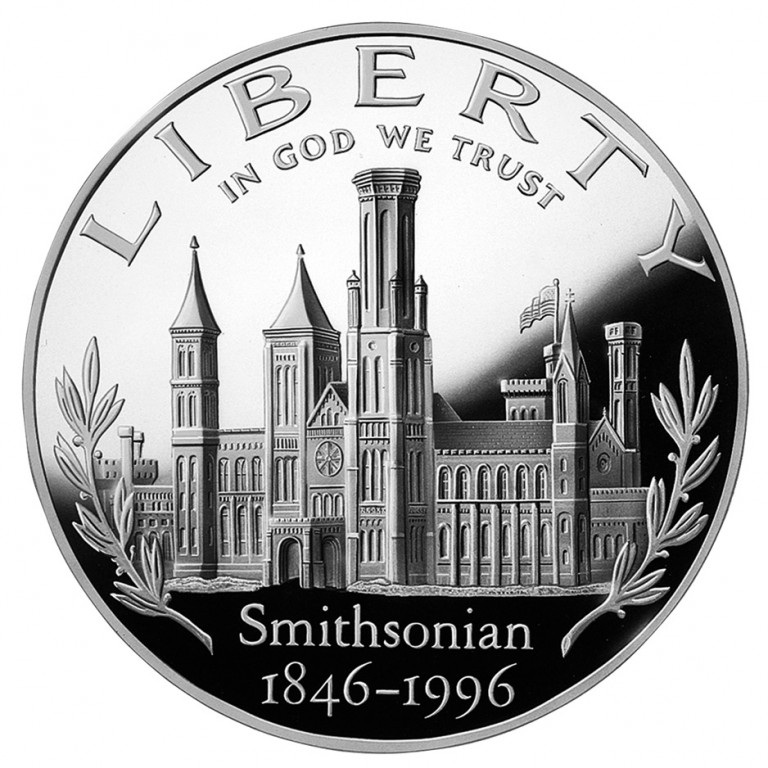 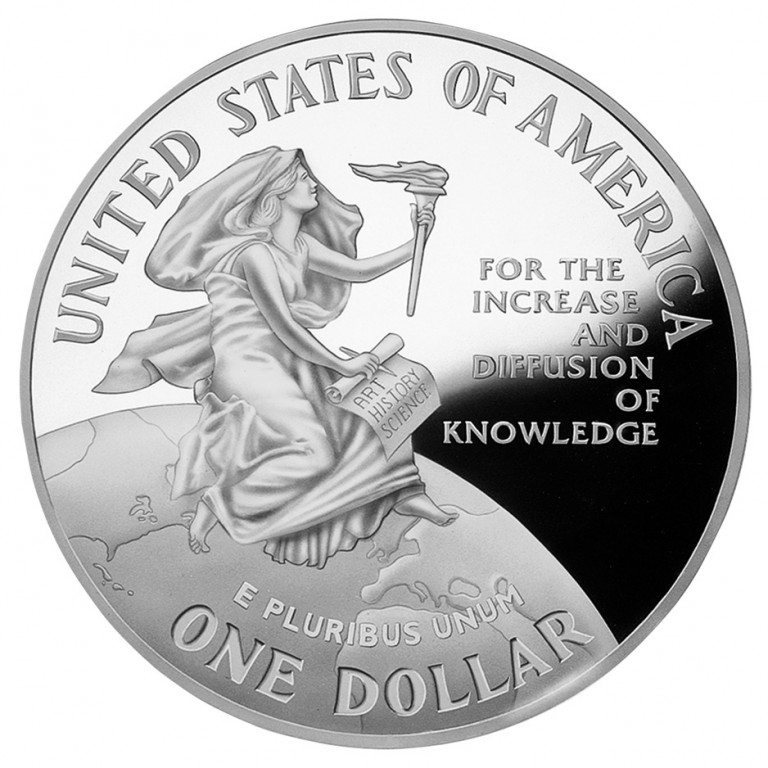 Released on August 5, 1996, this commemorative coin was released in honor of the 150th Anniversary of the Smithsonian.

Public Law 104-96 defined how the surcharges received by the Smithsonian Institution were to be directed:

The obverse design on the coin features an image of the first Smithsonian Institution building, known as the "Castle"; laurel leaves, and a dual date.

The reverse of the coin features a design of an allegorical figure carrying the torch of knowledge and sitting atop the world. This figure holds a scroll inscribed with the words, "art, history and science," and "For the increase and diffusion of knowledge."