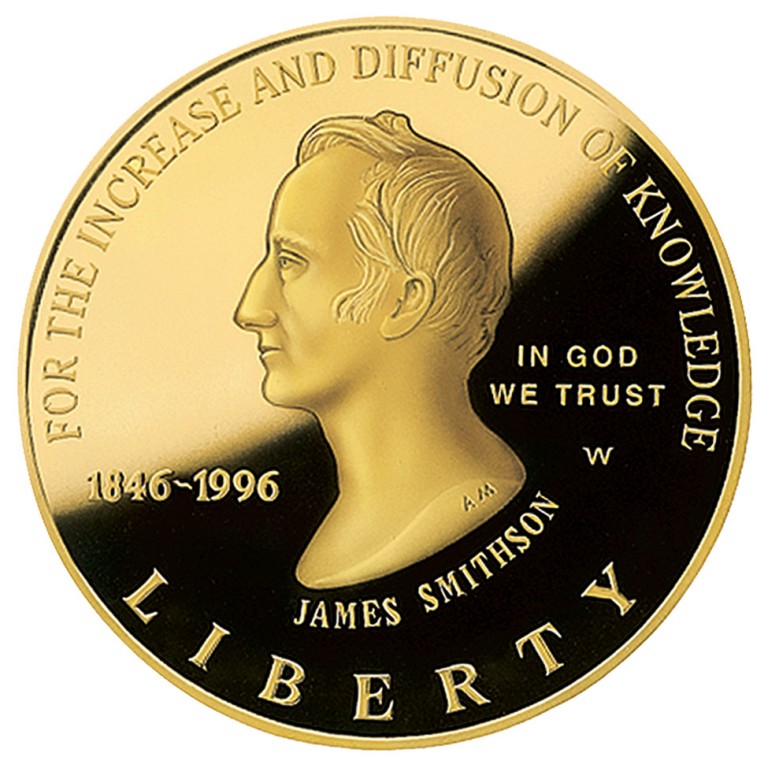 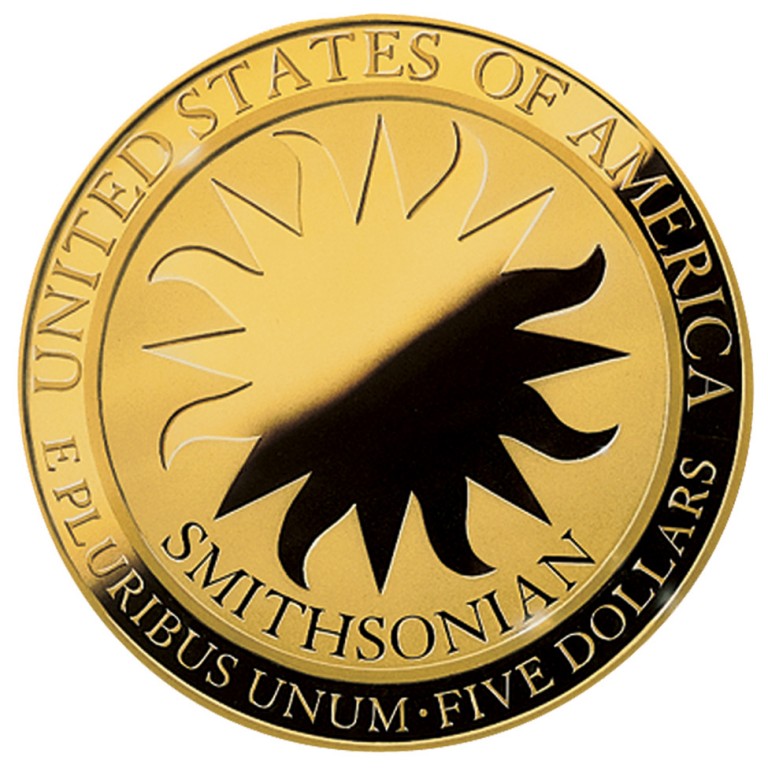 Released on August 5, 1996, this commemorative coin honors the 150th Anniversary of the Smithsonian.

Public Law 104-96 defined how the surcharges received by the Smithsonian Institution were to be directed:

The obverse design on the coin features a classical bust of James Smithson with the double date, 1846-1996.

The reverse of the coin features a design of the Smithsonian's sunburst logo and the word "Smithsonian". The design elements of the foreground of the coin are raised and frosted, and the sunburst on this version of the coin is incused and highly polished with a frosted background.