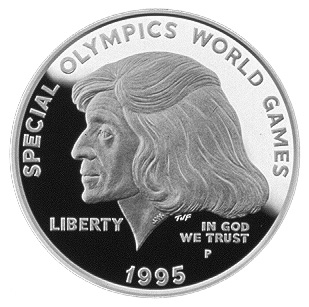 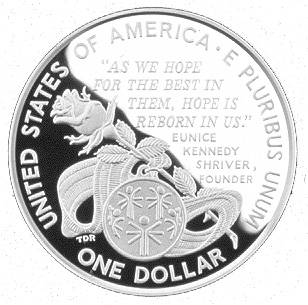 As defined by Public Law 103-328 specified that surcharges shall be used by the Special Olympics World Games Organizing Committee, Inc. to:

The obverse design features a portrait of Eunice Kennedy Shriver, the founder of the Special Olympics.

The reverse features an image of the Special Olympics Medal, a rose, and a quote from Mrs. Shriver.