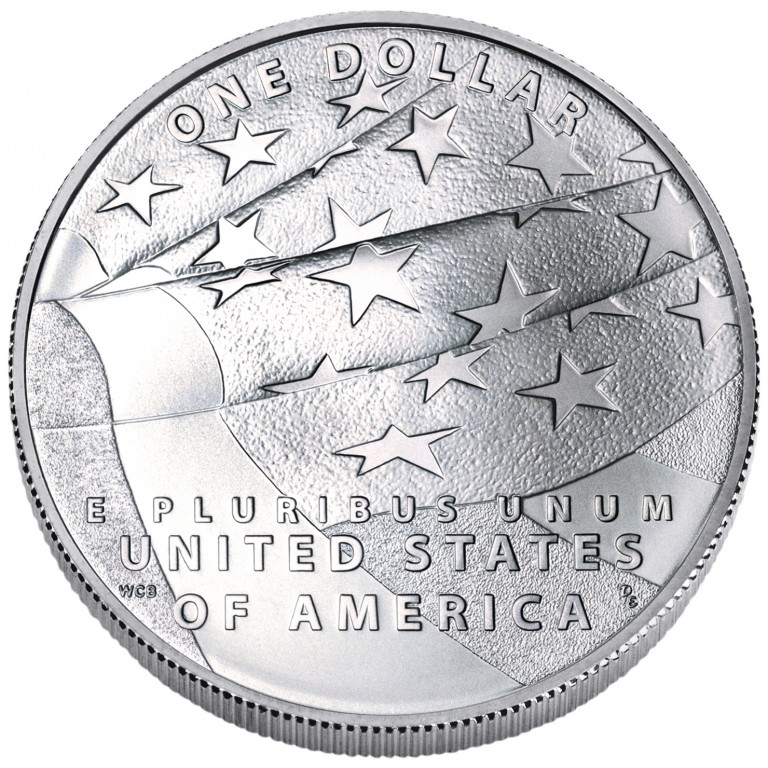 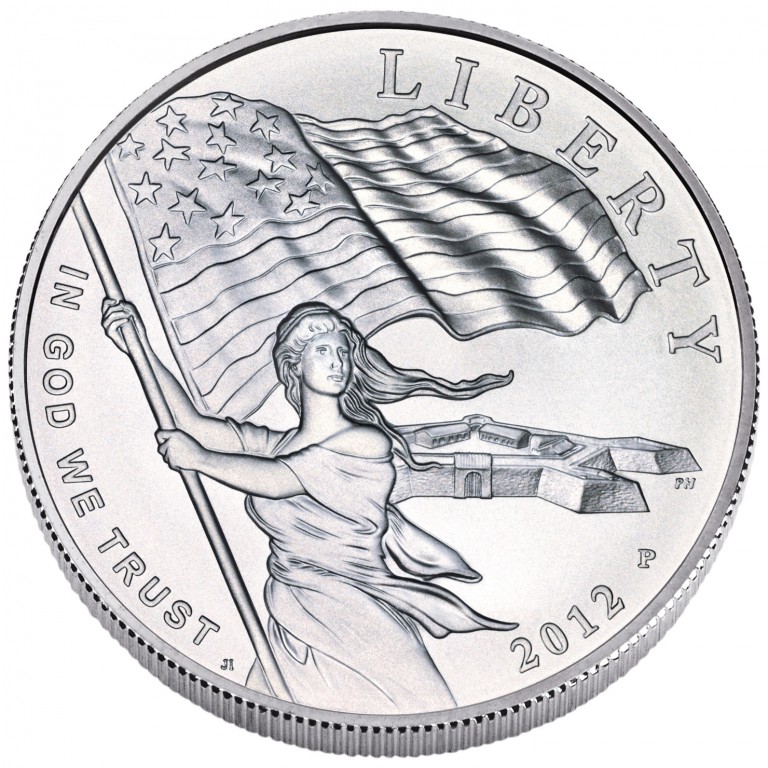 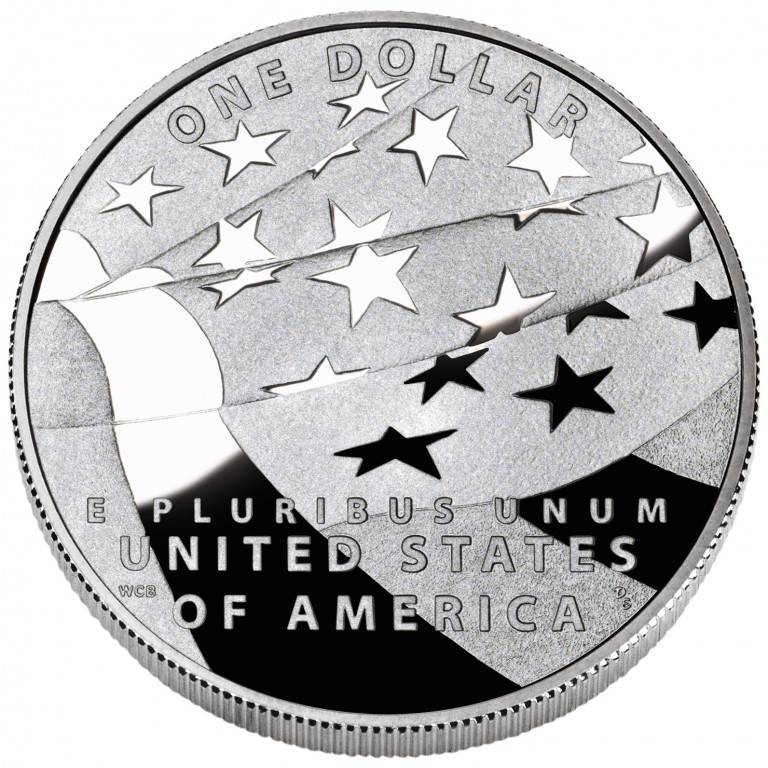 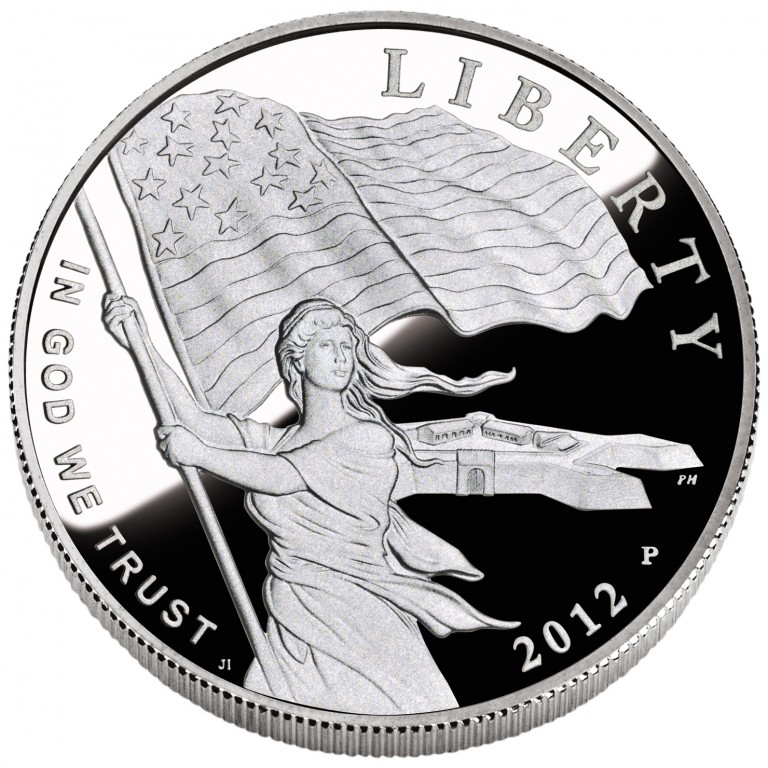 Surcharges collected from sales of the 2012 Star-Spangled Banner Commemorative Coins—$35 for each gold coin and $10 for each silver coin—are authorized to be paid to the Maryland War of 1812 Bicentennial Commission. The commission will use these funds to support its bicentennial activities, educational outreach, and preservation and improvement of the sites and structures related to the War of 1812.

The reverse (tails) design is emblematic of the theme "The Star-Spangled Banner" (the flag). It depicts a waving modern American flag.

All four 2012 Star-Spangled Banner Commemorative Coin designs were approved by the Department of the Treasury on November 3, 2011, at the recommendation of the United States Mint, after consultation with the Maryland War of 1812 Bicentennial Commission and the U.S. Commission of Fine Arts, as well as review by the Citizens Coinage Advisory Committee.