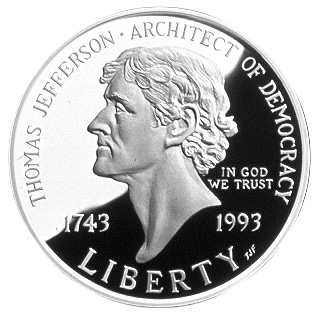 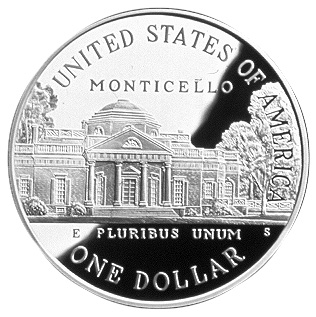 Released in 1994, this coin was authorized to commemorate the 250th anniversary of the birth of Thomas Jefferson.

The obverse design of the coin features an image of Thomas Jefferson that was based on the medallion portrait by Gilbert Stuart.

The reverse of the coin features a rendering of a Monticello elevation drawing produced by the Historical American Buildings Survey/Historic American Engineering Record of the National Park Service.