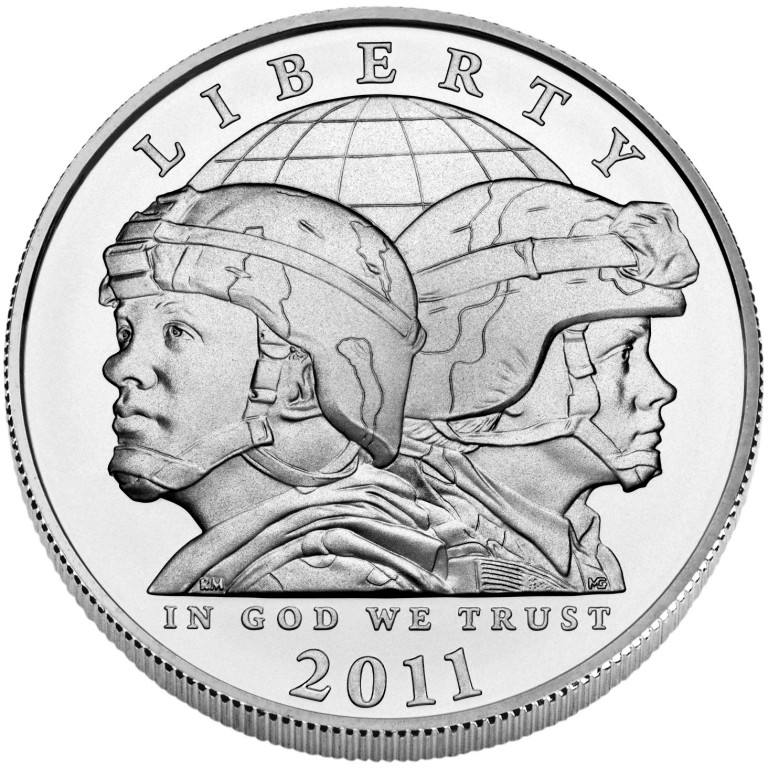 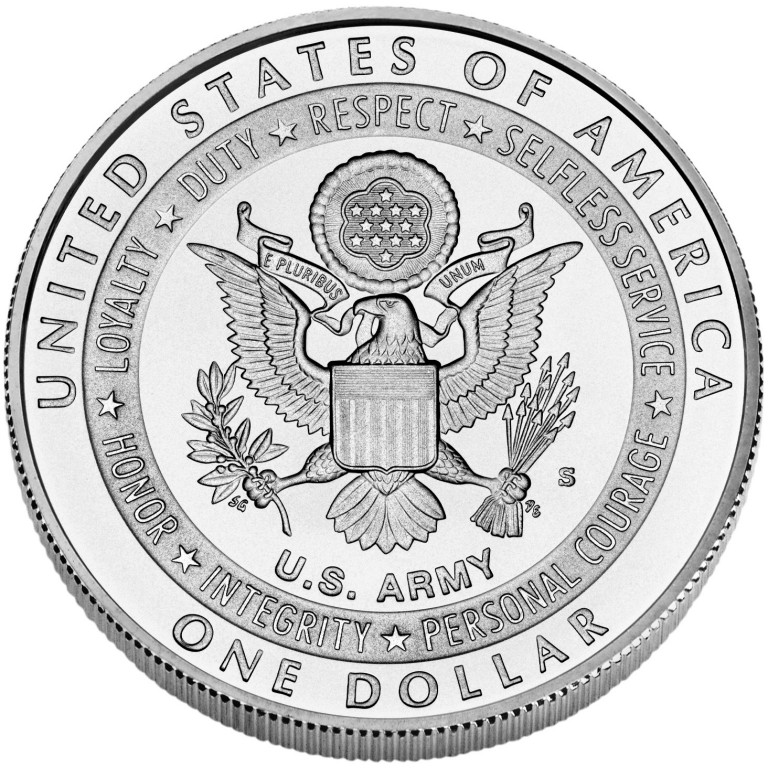 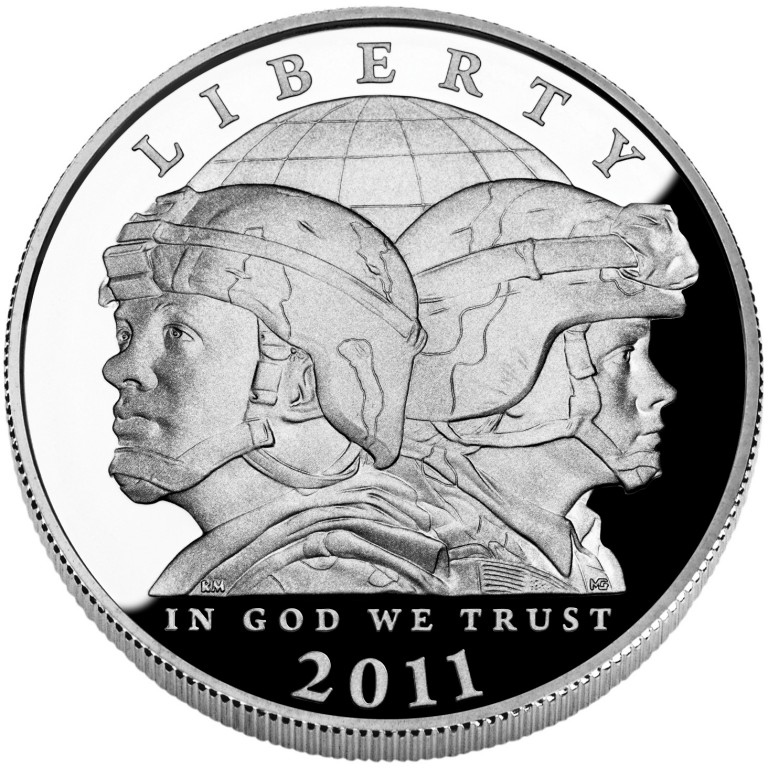 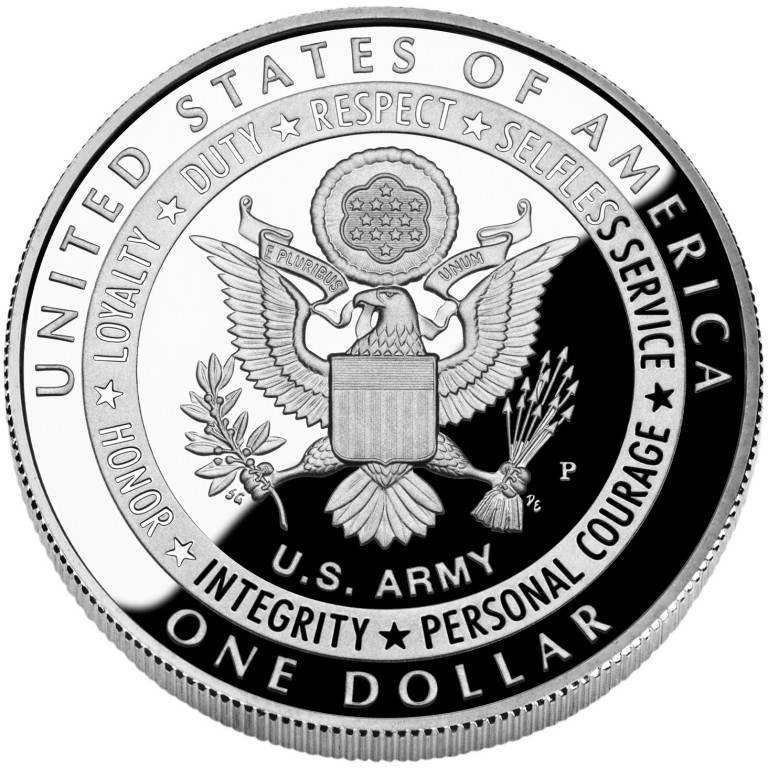 Obverse: This design depicts the busts of a male and female soldier, symbolizing worldwide deployment of the 21st century U.S. Army.

Reverse: This design symbolizes the seven core values of the U.S. Army. The design features an image of the Great Seal of the United States, worn on Army dress and service uniforms since the early 1800's.