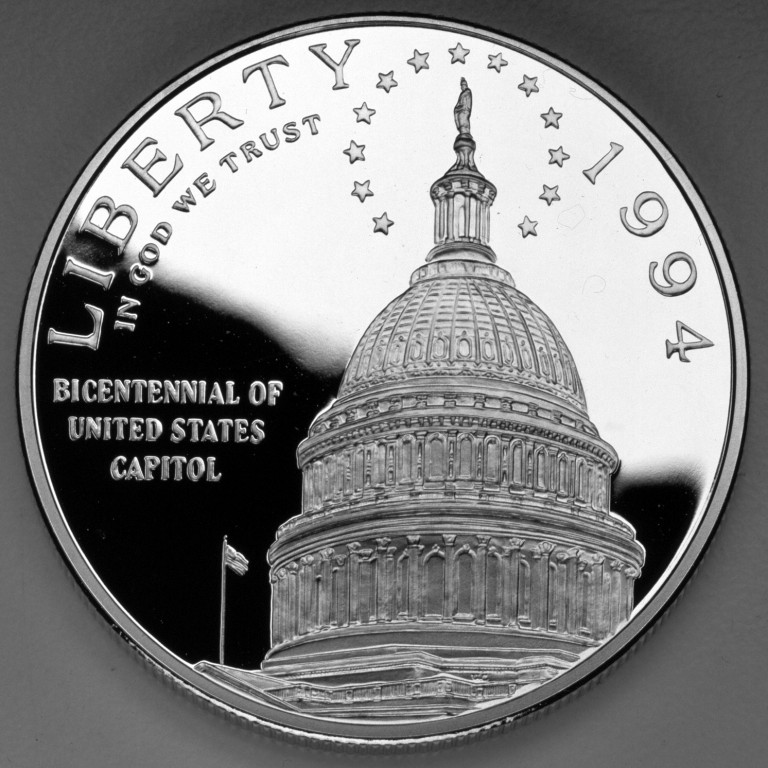 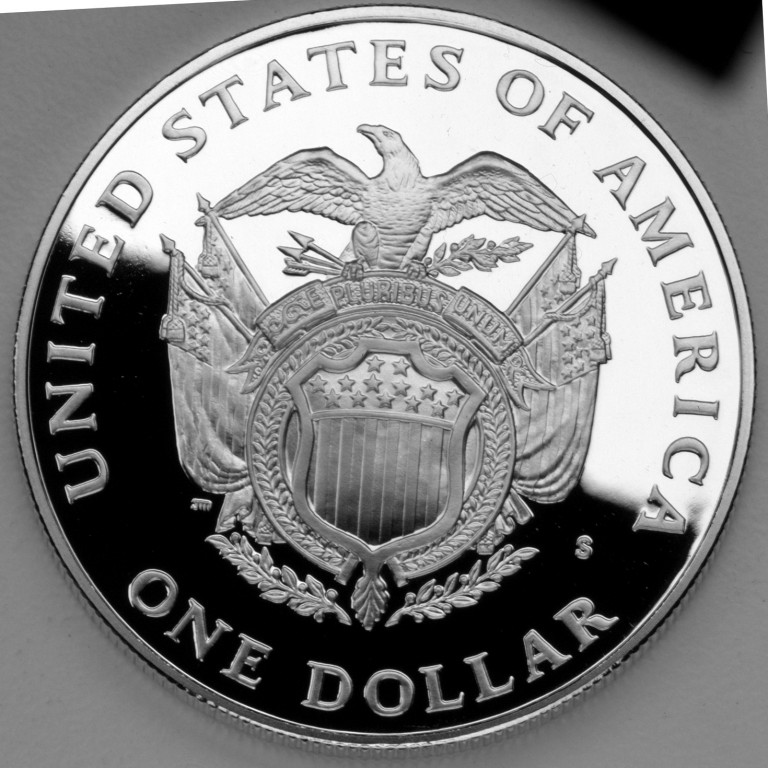 Released on September 9, 1994, this coin was authorized to commemorate the U.S. Capitol’s Bicentennial and to pay tribute to its architectural magnificence.

The obverse design of the coin features a view of the Capitol Dome. A ring of thirteen stars, which represents the original states, encircles the Statue of Freedom.

The reverse of the coin features an eagle, shield, and American flags.