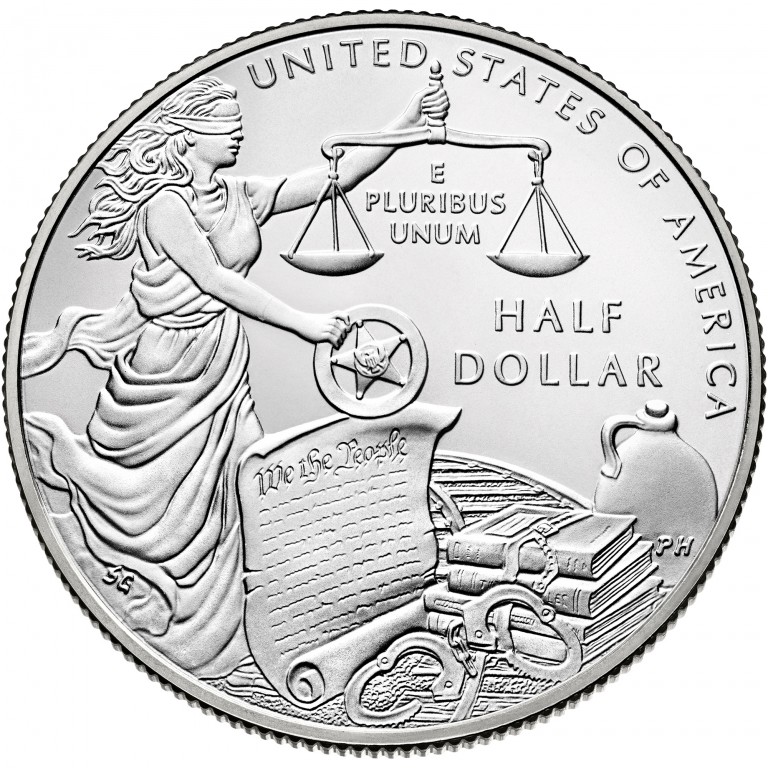 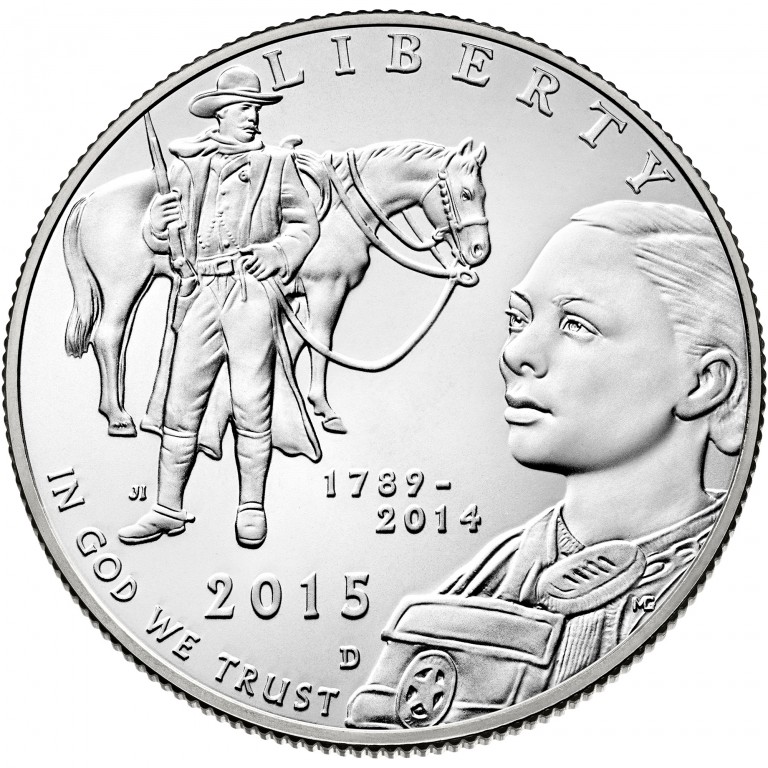 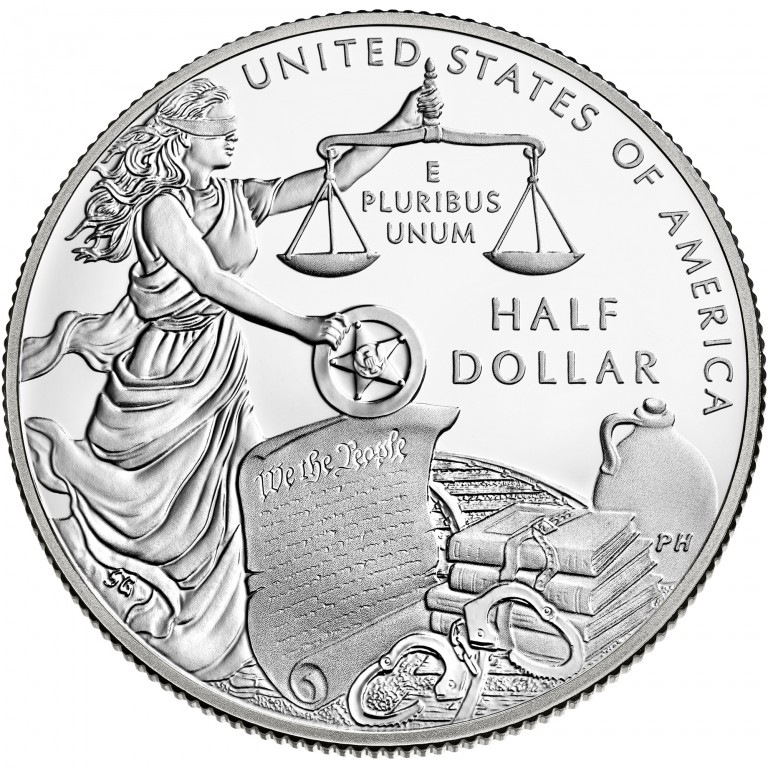 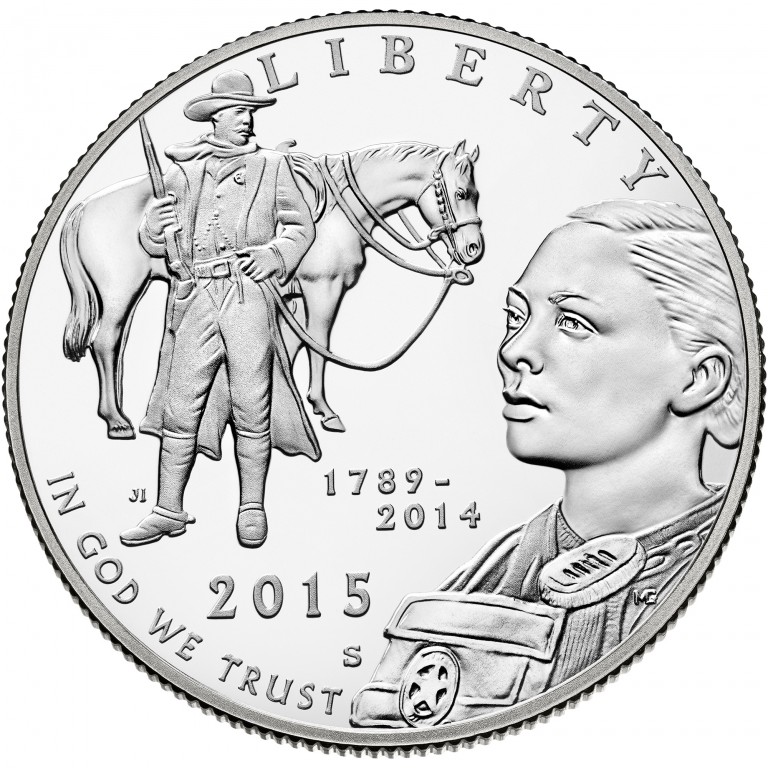 The first $5 million in surcharges received from the sale of coins issued under is to be paid to the U.S. Marshals Museum, Inc., for the preservation, maintenance, and display of artifacts and documents.  The remainder of the surcharge funds shall be divided between the National Center for Missing and Exploited Children, the Federal Law Enforcement Officers Association Foundation, and the National Law Enforcement Officers Memorial Fund.

The clad reverse depicts blindfolded Lady Justice holding balanced scales in her left hand as she extends a simplified U.S. Marshals badge. The U.S. Constitution is shown to illustrate that the USMS gets its authority from this document. Other elements symbolize some of the other well-known tasks of the Marshals Service in changing times: an 18th century whiskey jug symbolizes the 1794 Whiskey Rebellion, old wooden railroad tracks represent the Pullman Strike of 1894, a stack of schoolbooks strapped together with an apple resting on top symbolizes the 1960 New Orleans school integration. A pair of open handcuffs represents the task of the U.S. Marshals to apprehend federal fugitives.