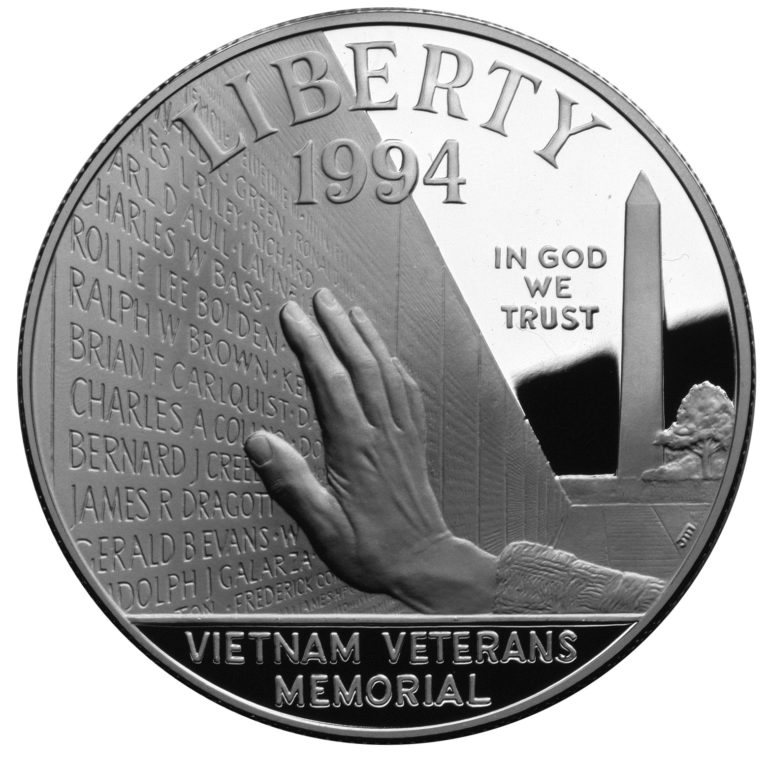 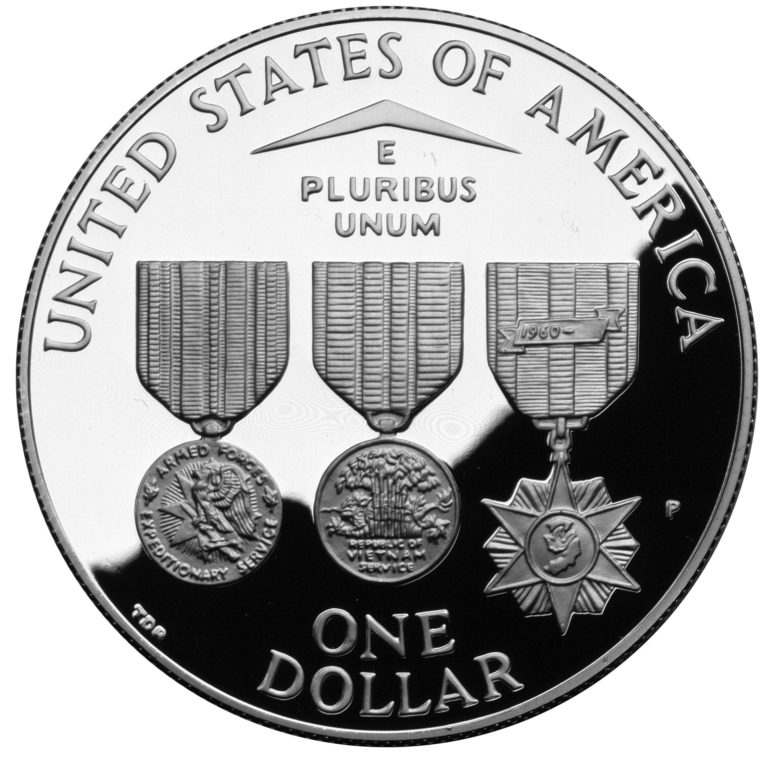 Released on July 29, 1994, the Vietnam Veterans Memorial Silver Dollar paid tribute to the memorial on its 10th anniversary.

The obverse design features a section of the Vietnam Veterans Memorial Wall, with an outstretched hand touching a name, and the National Monument and a tree in the background.

The reverse features three medals awarded during the Vietnam War.