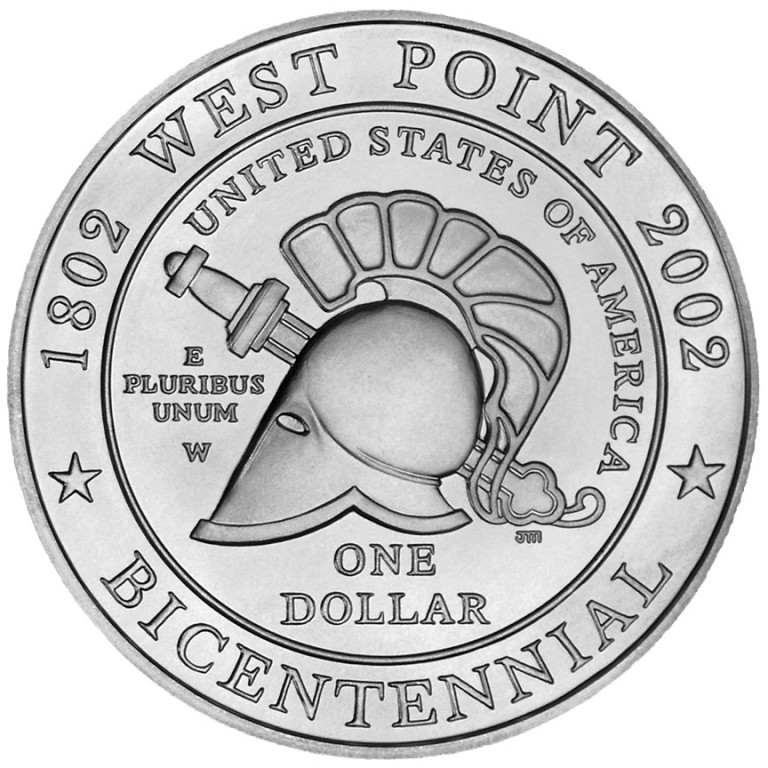 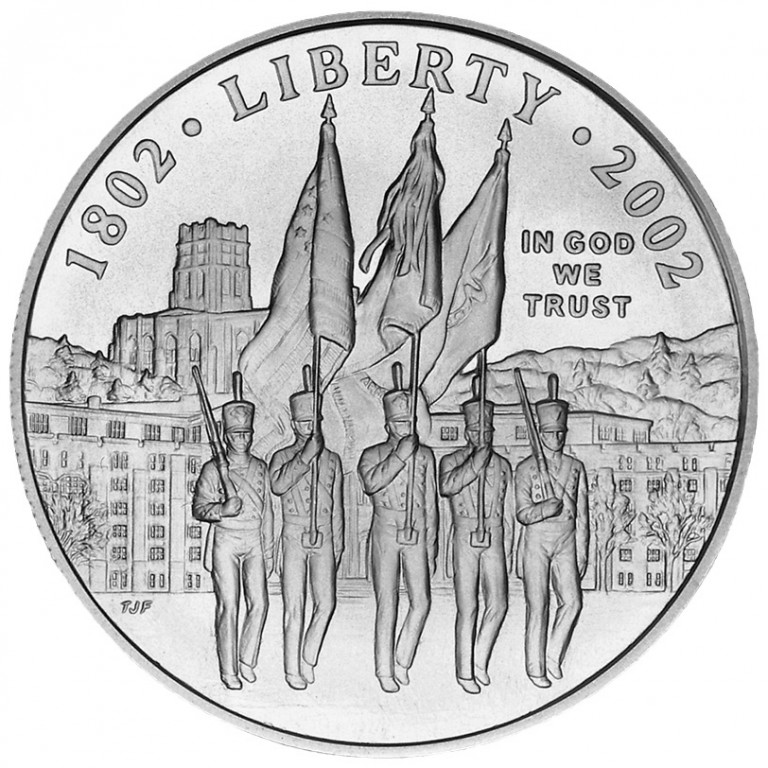 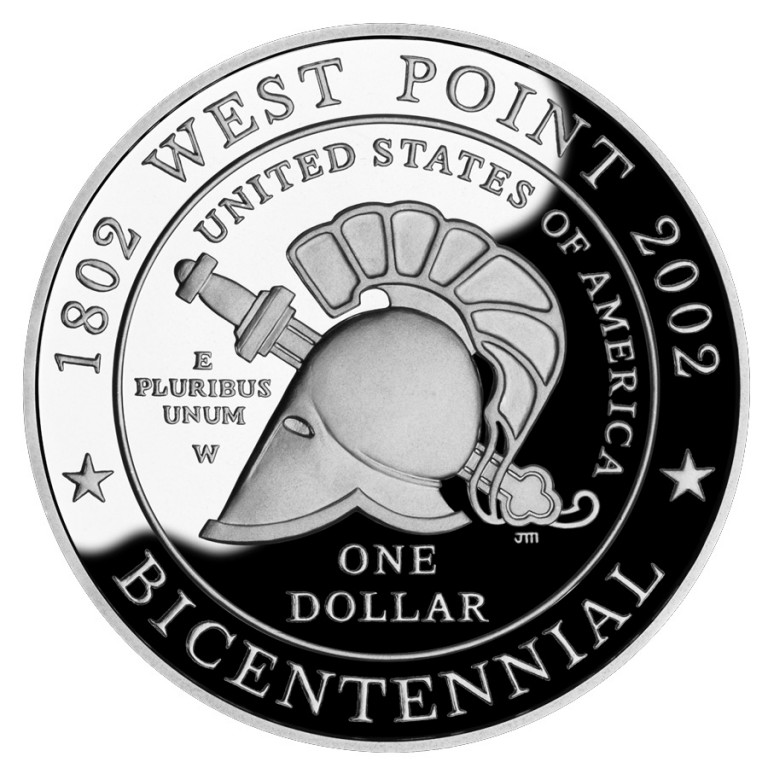 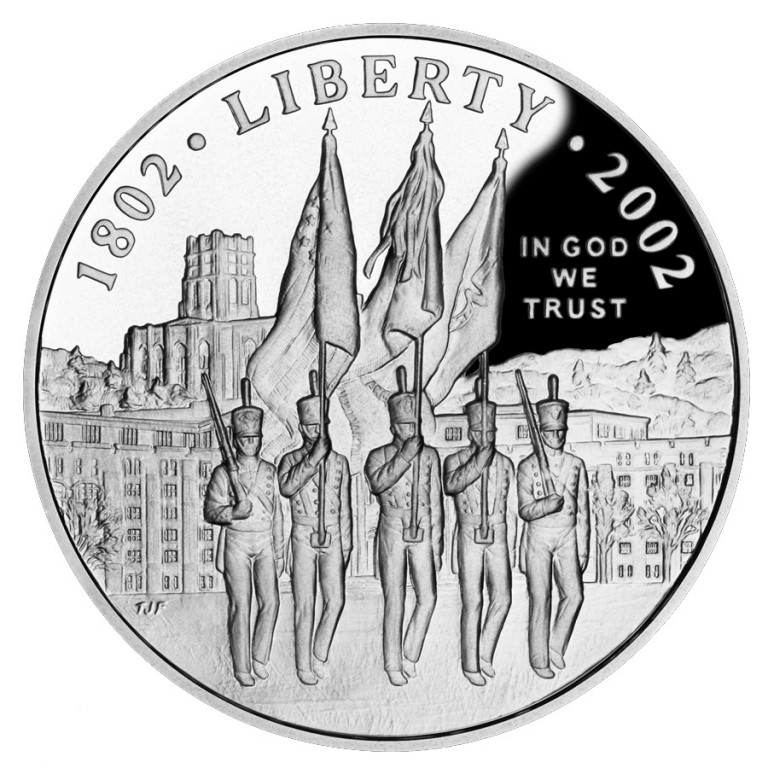 On March 16, 1802, President Thomas Jefferson signed into law a bill of the United States Congress authorizing the establishment of “a military academy to be located at West Point in the State of New York.” During 2002, the Bicentennial of the founding of the United States Military Academy were observed at West Point and at other designated places throughout the world.

The purpose of the Bicentennial is “to commemorate the 200th Anniversary of the founding of the United States Military Academy by celebrating its contributions to the Nation and the people of the world.”

The proceeds from the surcharges on these coins assist the Association of Graduates' efforts to provide for the academic, military, physical, moral and ethical development programs of the Corp of Cadets.

The obverse, by Mint sculptor-engraver James Ferrell, depicts a cadet color guard in parade with the Military Academy's Washington Hall and Cadet Chapel in the background.