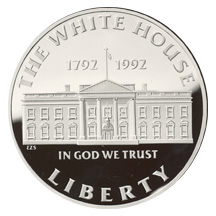 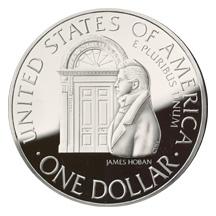 Surcharges collected from coin sales were to be used to raise an endowment to be a permanent source of support for the White House Collection of fine art and historic furnishings and for the maintenance of the historic public rooms of the White House.

The obverse design of the coin features the north portico of the White House.

The reverse features a bust of James Hoban, the original architect of the White House, and the main entrance that he designed.