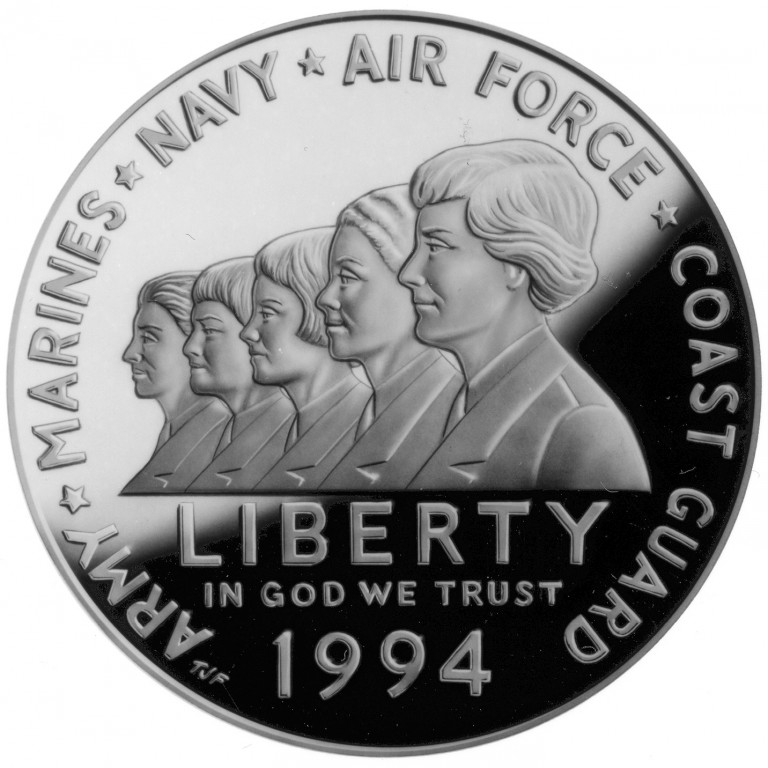 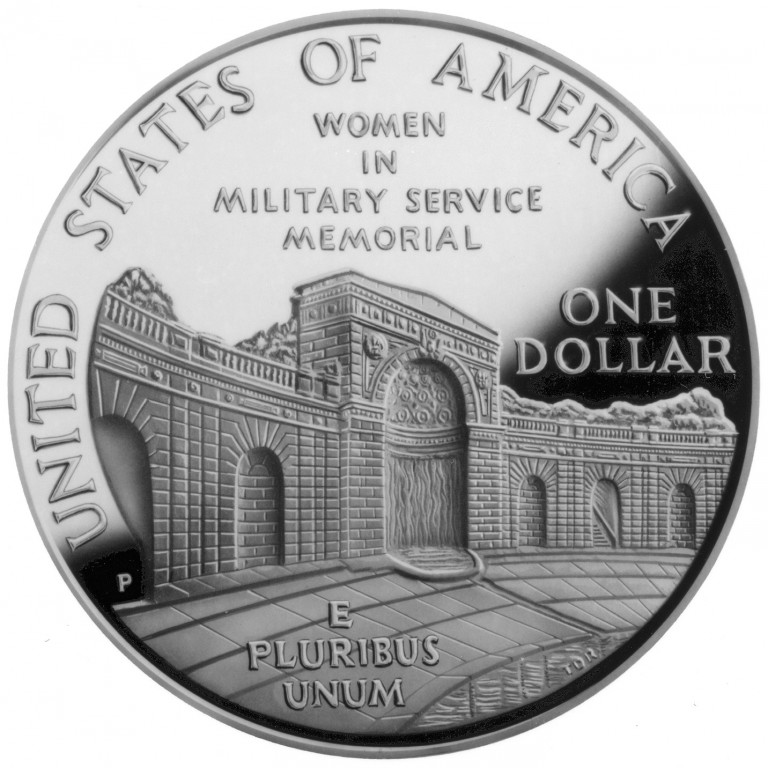 Released on July 29, 1994, the U.S. Veterans Women in Military Service for America Memorial Silver Dollar
pays tribute to women who serve in the Armed Forces of the United States.

The obverse features the profile of servicewomen representing the five branches of the United States Military.

The reverse features the approved design for the Women In Military Service for American Memorial.