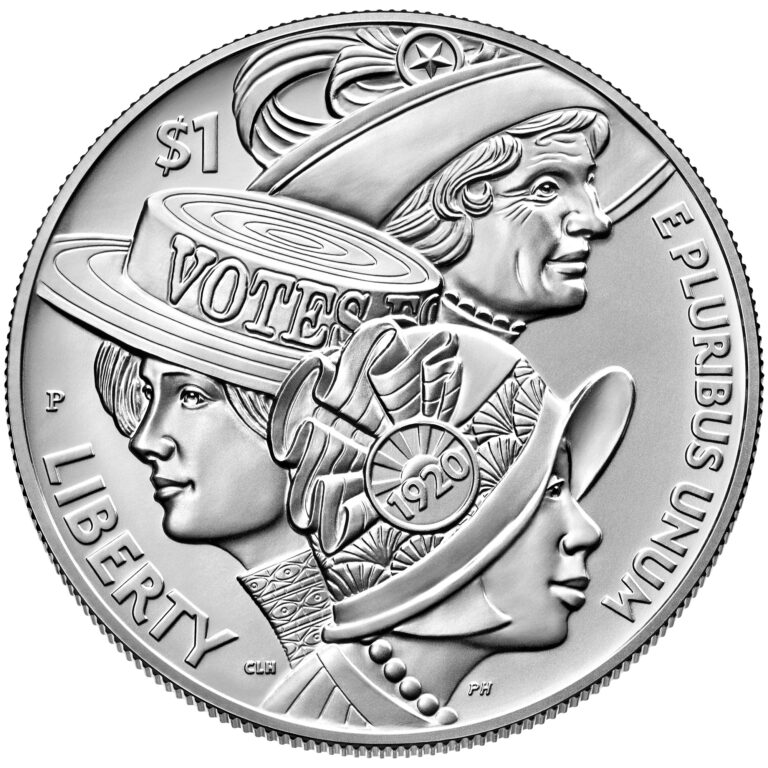 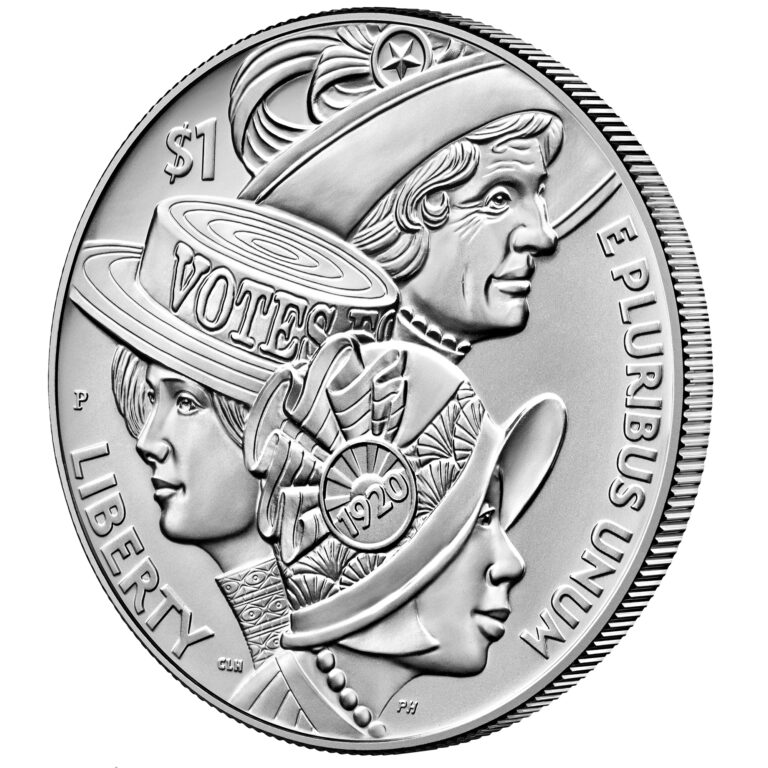 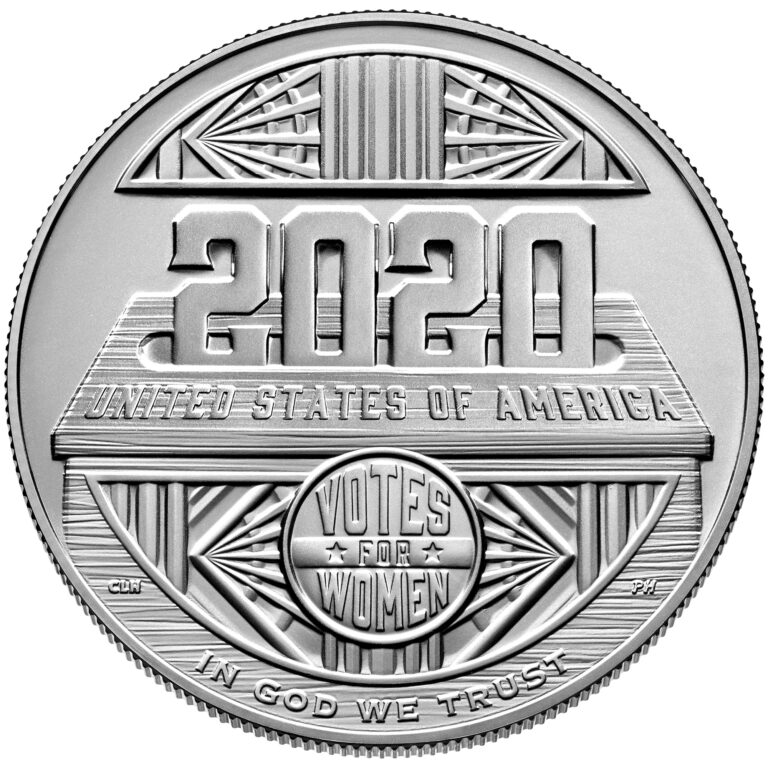 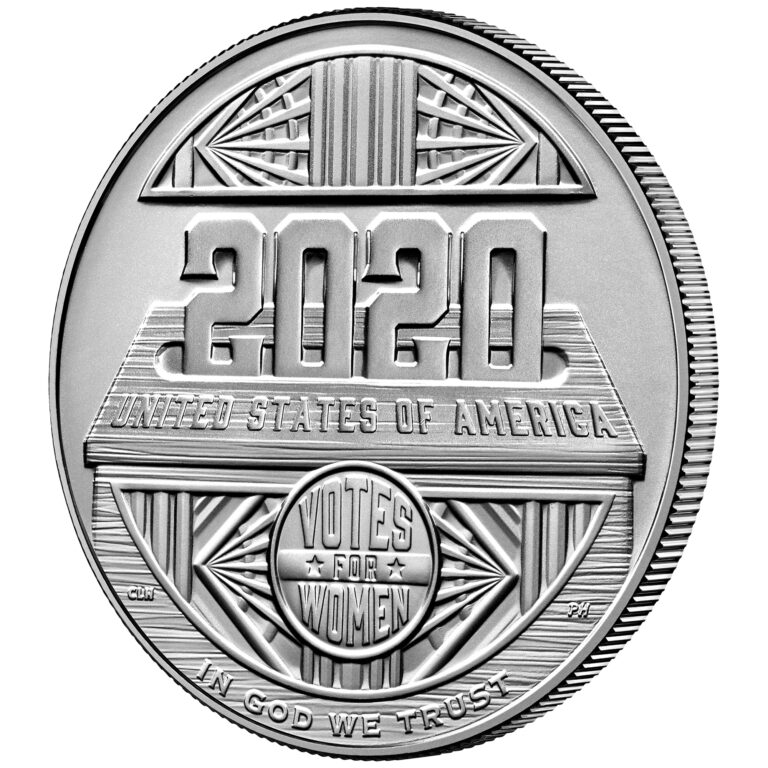 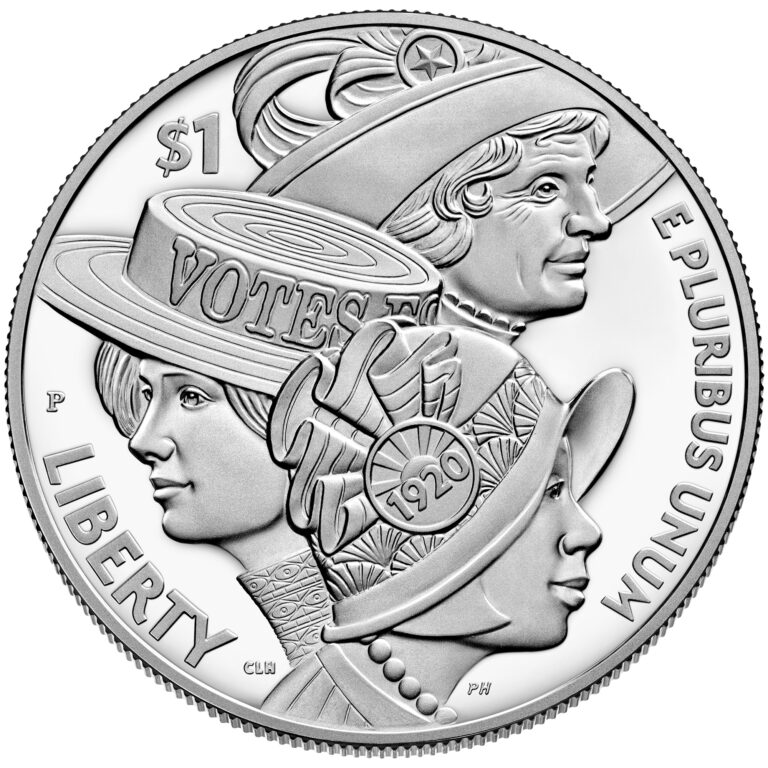 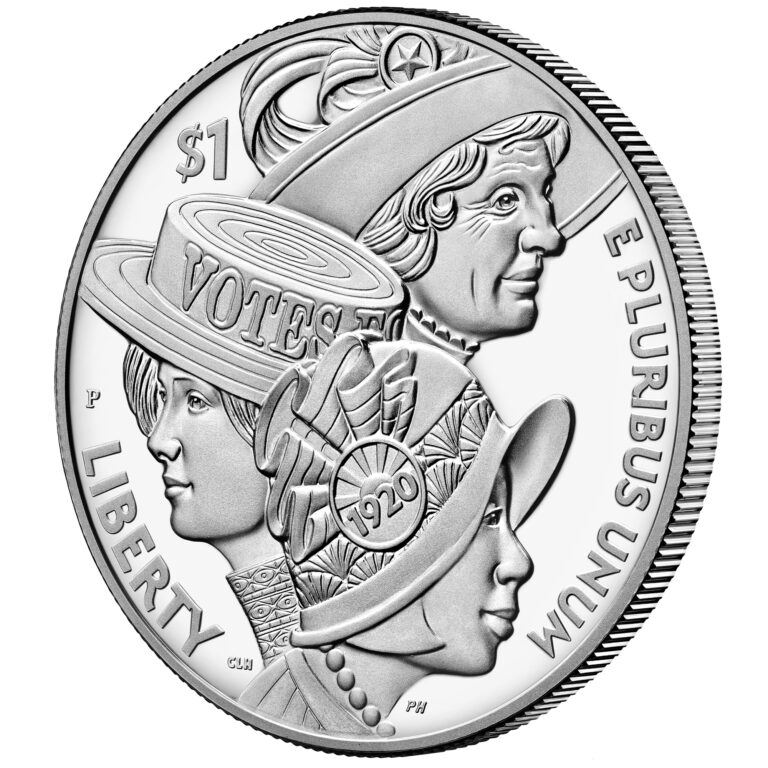 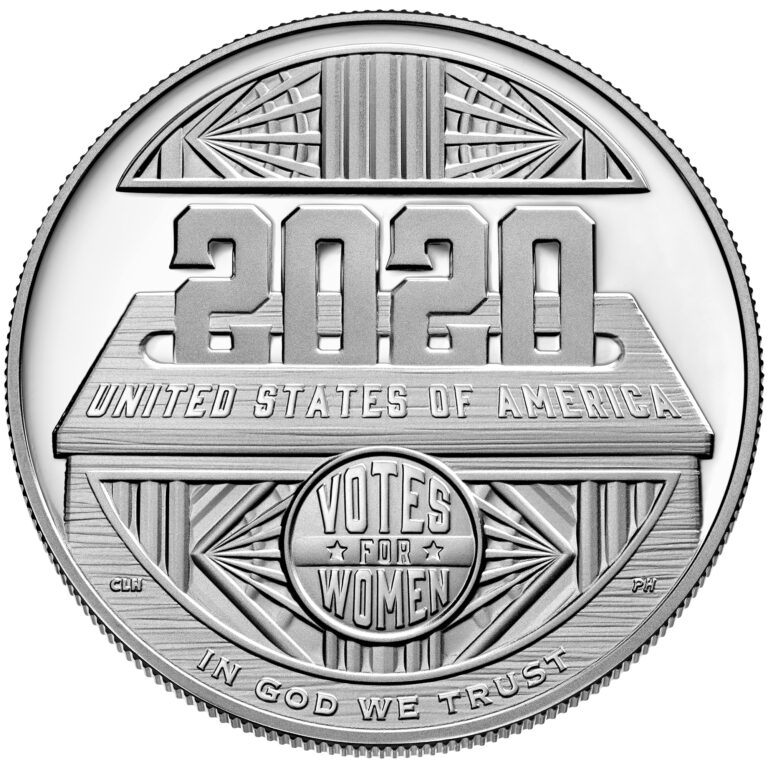 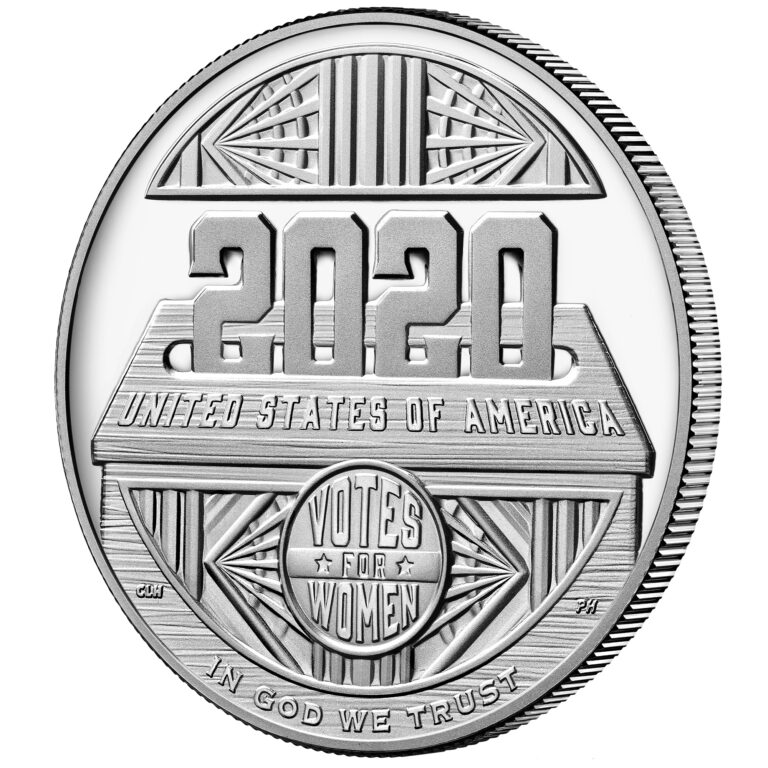 The road to securing voting rights for women is paved with the efforts of countless suffrage activists who worked tirelessly for more than seven decades conducting over 900 local, state, and federal campaigns. Their extraordinary determination culminated in the ratification of the 19th Amendment (also known as “The Susan B. Anthony Amendment”) on August 26, 1920. It was the single largest extension of voting rights in United States history, enfranchising 27,000,000 American women in the United States.

The 2020 Women’s Suffrage Centennial Silver Dollar celebrates the 100th anniversary of the ratification of the 19th Amendment, which profoundly changed our Nation.

A surcharge of $10 for each coin sold is authorized to be paid to the Smithsonian Institution’s American Women’s History Initiative for the purpose of:

The obverse (heads) design features overlapping profiles of three distinct women. Each woman is wearing a different type of hat to symbolize the many decades the suffrage movement spanned. The figure in the foreground is wearing a cloche hat with an art deco pattern and a button with the year of the 19th Amendment’s ratification.

The reverse (tails) design shows “2020” being dropped into a ballot box, styled with art deco elements to indicate the artistic style of the era. “VOTES FOR WOMEN” is inscribed inside a circle on the front of the box.