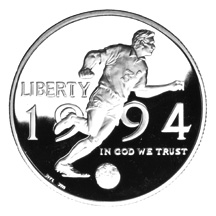 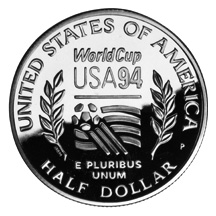 The surcharges from coin sales were to be used by World Cup USA 1994, Inc. for purposes of organizing and staging the 1994 World Cup. Ten percent of the funds were to be made available through the United States Soccer Federation Foundation, Inc., for distribution to institutions for scholastic scholarships to qualified students.

The obverse design of the coin features a single soccer player in action.