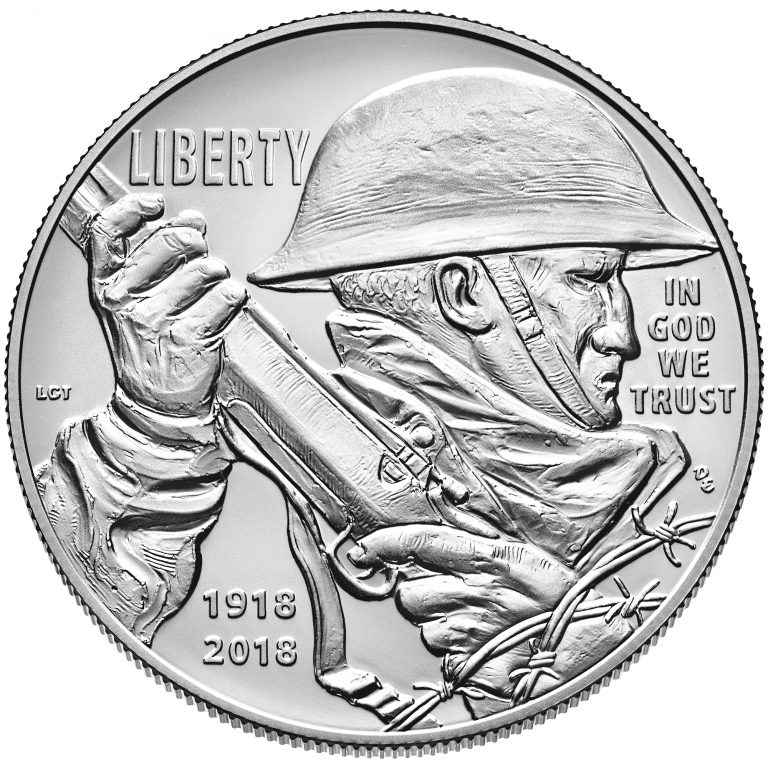 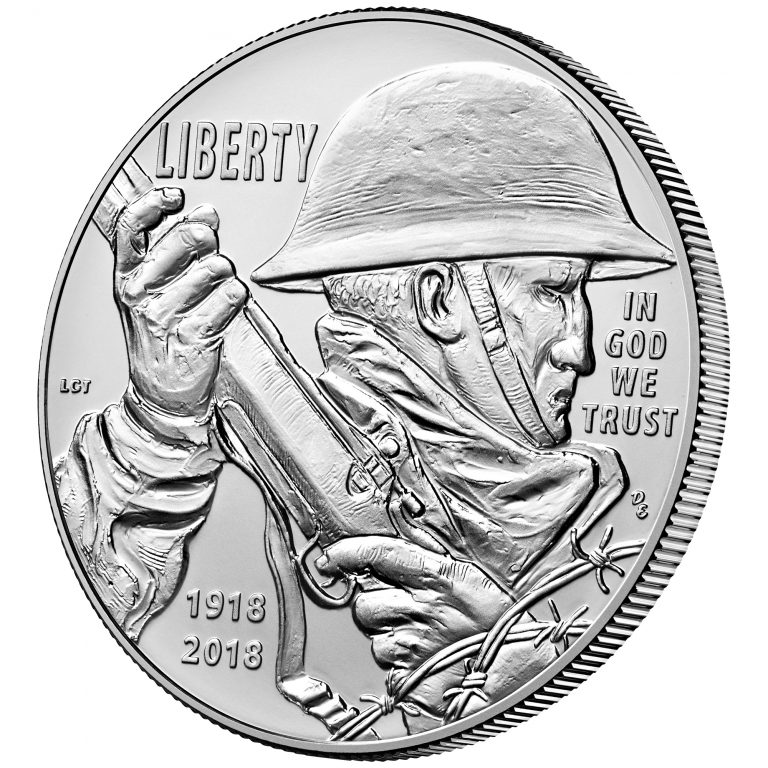 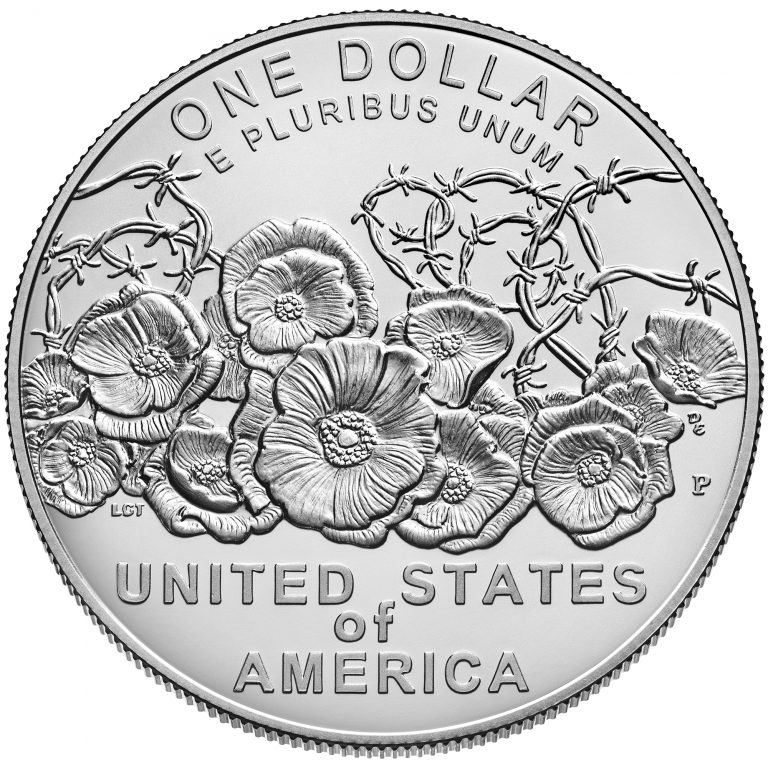 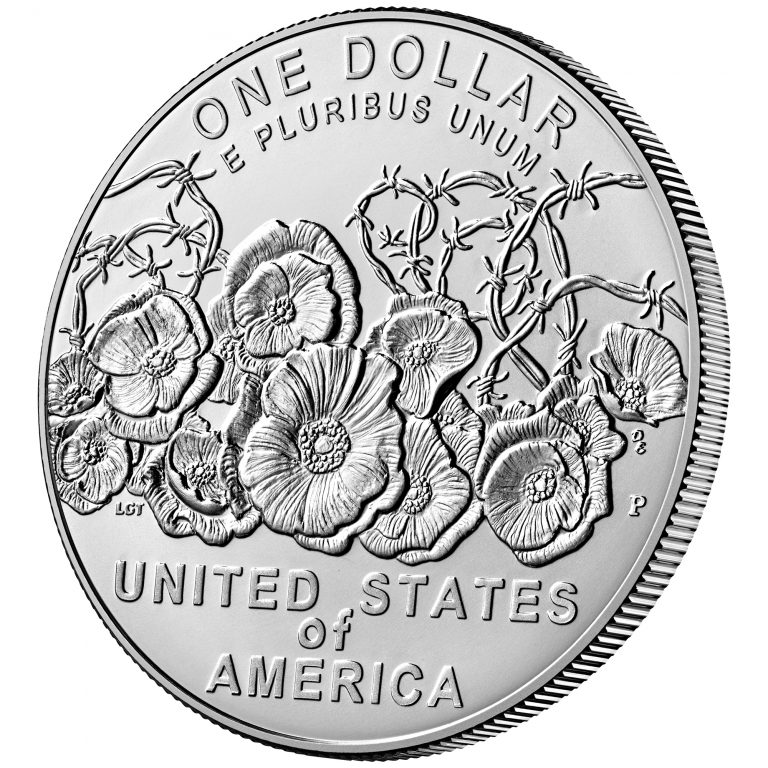 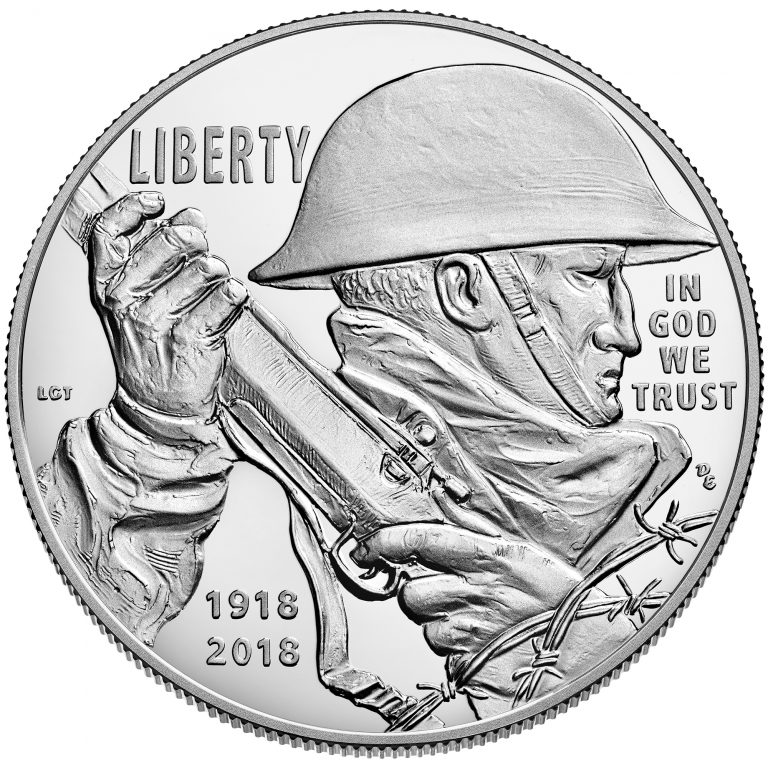 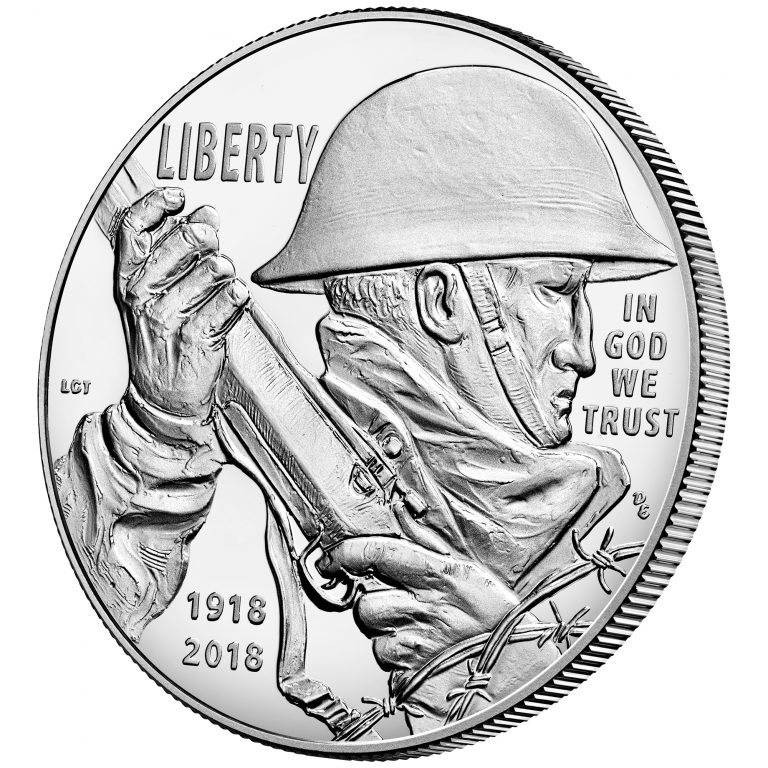 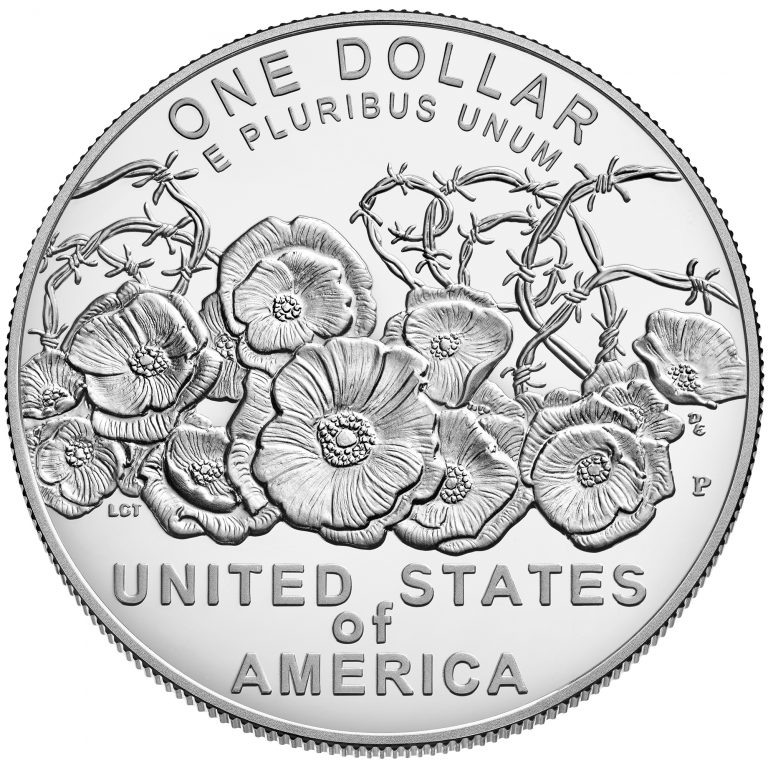 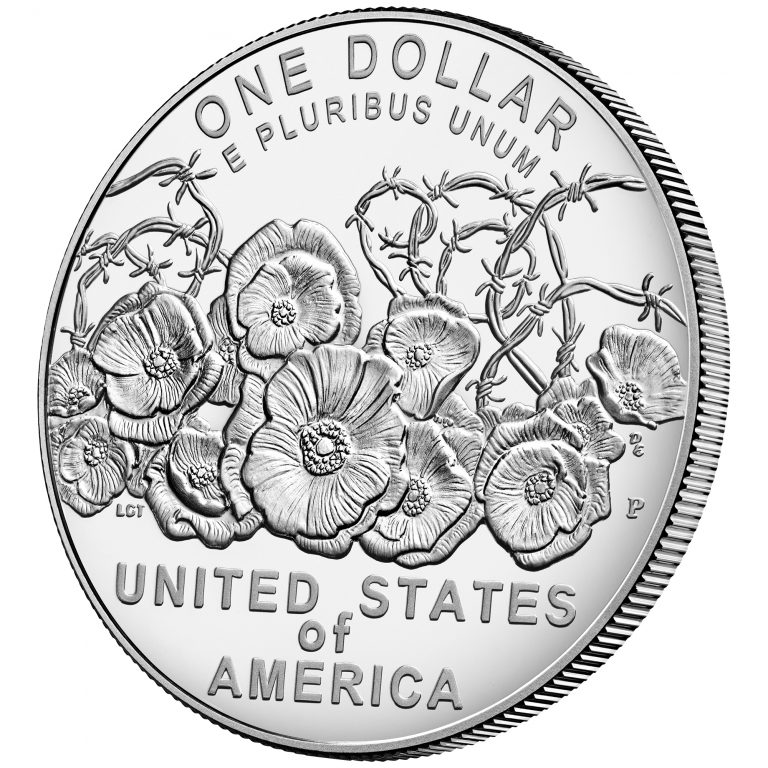 In 2018, the U.S. Mint released the World War I Centennial Silver Dollar Coin in commemoration of the centennial of America’s involvement in World War I. The design for both the obverse and reverse of the coin was selected based on the winning design from a juried competition.

More than four million American families sent their sons and daughters to serve in uniform during the Great War. 116,516 U.S. soldiers gave their lives in combat. Another 200,000 were wounded, a casualty rate far greater than in World War II.

The first American troops arrived in France in June 1918. Through voluntary registration and the newly-formed draft, the American forces grew to approximately 500,000 soldiers by the end of summer.

In total, approximately four million men and women of the United States served in uniform, two million of whom were deployed overseas. Their heroic efforts in battles like the Battle of Belleau Wood, the Second Battle of the Marne, and the Meuse-Argonne Offensive helped turn the tide of the war, and ultimately led to the victory of the Allied Troops.

In response to a Call for Artists, several talented American artists applied for the opportunity to submit designs for the new coin. Ultimately the Mint invited select artists to submit designs along with plaster models, which were evaluated by an expert jury chaired by the Department of the Treasury Deputy Assistant Secretary for Management & Budget, and composed of three members of the Citizens Coinage Advisory Committee (CCAC) and three members of the U.S. Commission of Fine Arts (CFA). Both groups provided experienced and impartial expertise in advancing the state of public art and the interests of American citizens and coin collectors. Based on the designs selected by the expert jury, the Secretary of the Treasury chose the final design.

The winning design in the World War I Centennial 2018 Commemorative Coin Design Competition was created by LeRoy Transfield of Orem, Utah.

Recipient Organization: United States Foundation for the Commemoration of the World Wars

A surcharge of $10 for each coin sold is authorized to be paid to the United States Foundation for the Commemoration of the World Wars to assist the World War I Centennial Commission in commemorating the centenary of World War I.

The wire design element continues onto the reverse (tails) design, titled "Poppies in the Wire," which features abstract poppies mixed in with barbed wire.