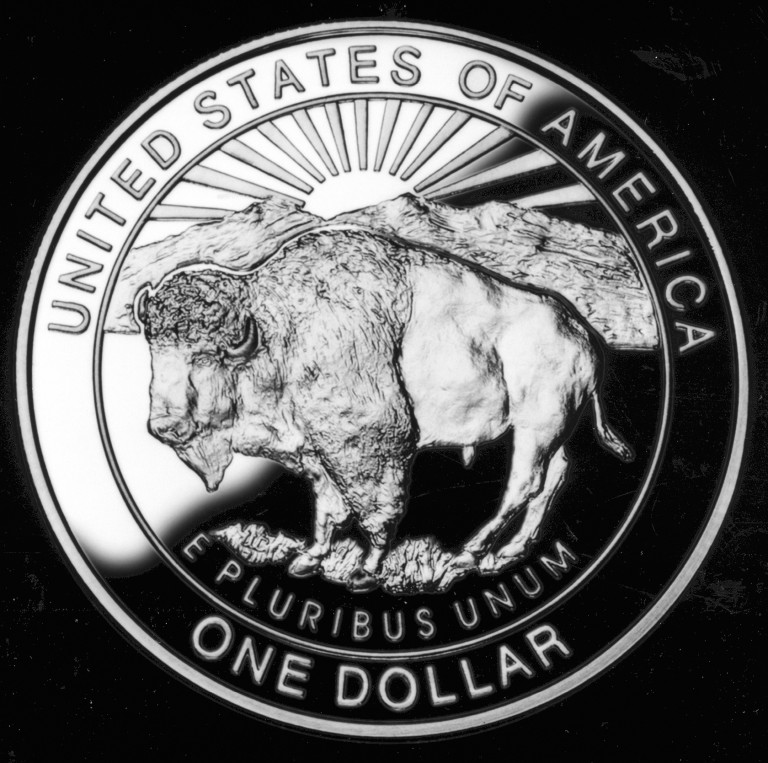 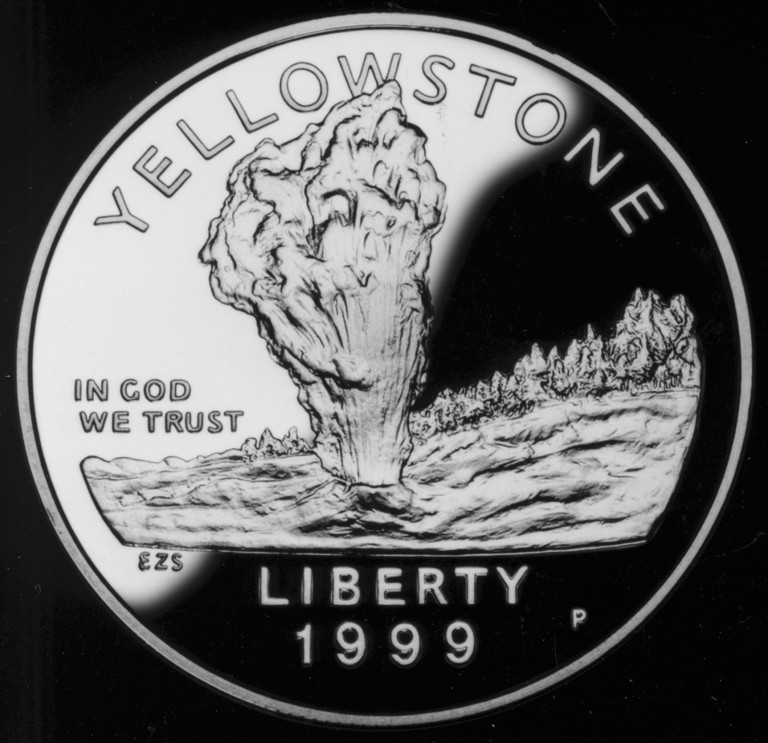 The coin was authorized to commemorate the 125th anniversary of the establishment of Yellowstone, the country’s first national park.

For many Americans, if they want a taste of the untamed West, they head to Yellowstone Park. At 3,472 square miles the Park spans parts of three states, Wyoming, Montana and Idaho and is larger than Rhode Island and Delaware combined.

Since 1948, the park has played host to more than one million visitors a year and in 1998, that attendance tripled. These visitors come to see the park’s hundreds of lakes, creeks, mountains, valleys, famous geysers and hot springs. The most famous of the park’s geysers is “”Old Faithful,”” so named because of the regularity of its eruptions. Yellowstone – which comes from the Minnetaree Indian word for “”Rock Yellow River”” – has 290 species of birds, including some especially rare species such as the peregrine falcon and the whooping crane.

The obverse shows a spouting geyser with the park's tree-lined landscape in the background.

The reverse, adapted from the U.S. Department of Interior's seal, shows an American Buffalo on the plains with a sun rising above the mountains in the background.