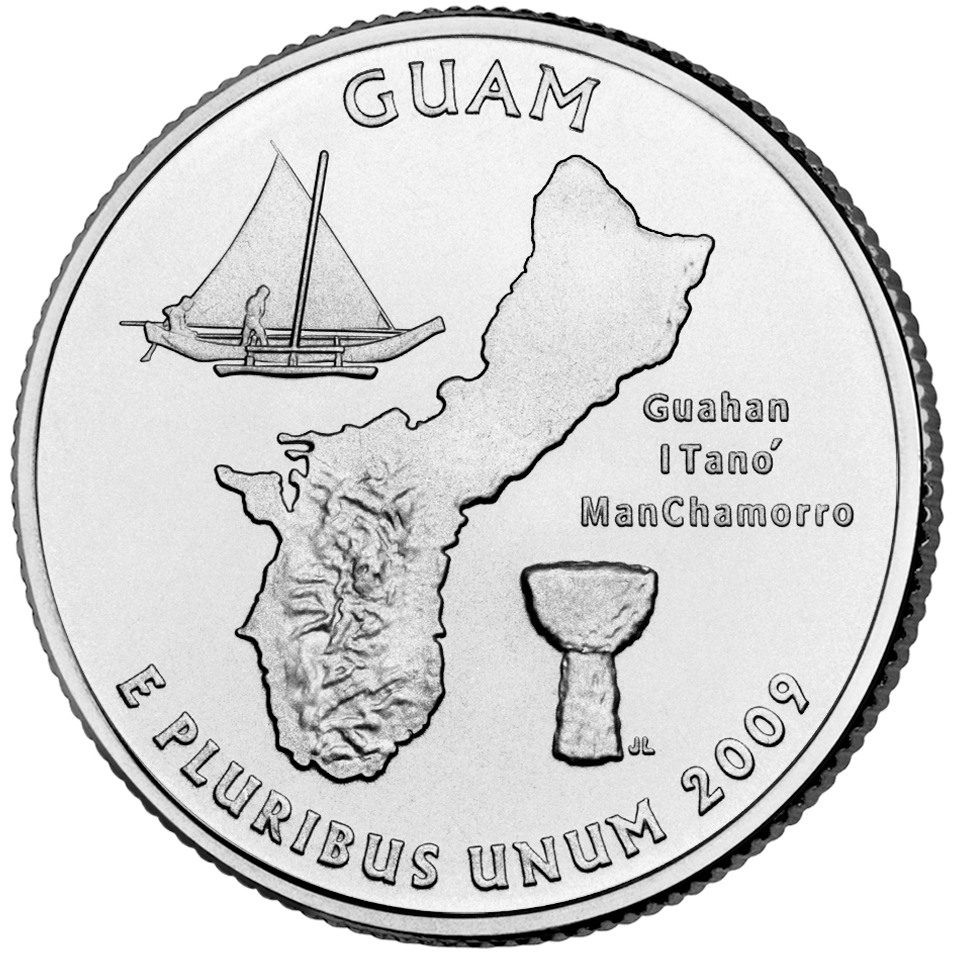 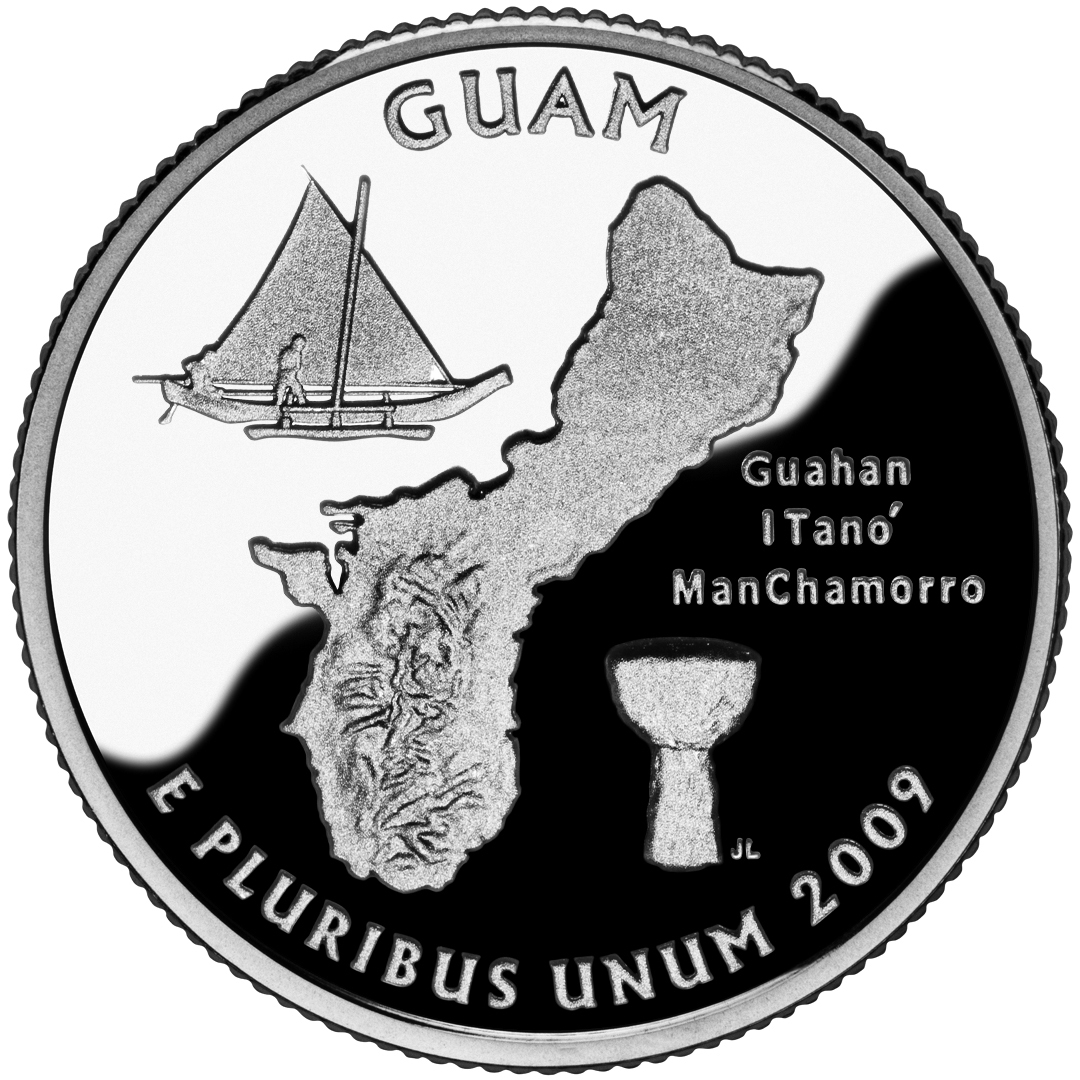 The Guam quarter is the third in the 2009 District of Columbia and U.S. Territories Quarters Program. Initial Western contact with Guam occurred when explorer Ferdinand Magellan reached the southernmost Mariana Islands in 1521. From 1668 to 1815, it served as a way station for Spanish Acapulco-to-Manila ships. Spanish rule of Guam came to an end when American forces secured the island during the Spanish-American War. During World War II, the Japanese seized Guam and occupied it for more than two years, with American forces recapturing it in 1944. Under the Organic Act of 1950, the people of Guam became American citizens and established a local government.

The Guam quarter reverse design depicts the outline of the island, a flying proa (a seagoing craft built by the Chamorro people), and a latte stone (an architectural element used as the base of homes). The proa represents the endurance, fortitude and discovery of the Chamorro people. The vessel, made by expert carvers and sailed by master navigators, is admired as a technical marvel. The latte speaks to a historic icon that hails from the Micronesian area. Chamorro is one of the official languages of Guam, and its usage is enjoying a renaissance there and on the Mariana Islands.

Guam Governor Felix P. Camacho solicited and reviewed reverse design narratives from the public, narrowing hundreds of submissions down to two—the outline of the Island of Guam with a flying proa and latte stone and a flying proa at sail, a coconut tree bending toward the water and Two Lovers Point in the background. These narratives were forwarded to the United States Mint for the production of artistic renderings, which were then proposed to the territory. Through a public vote, the island, flying proa and latte stone design was recommended for the Guam quarter, and the Secretary of the Treasury approved it on July 31, 2008.