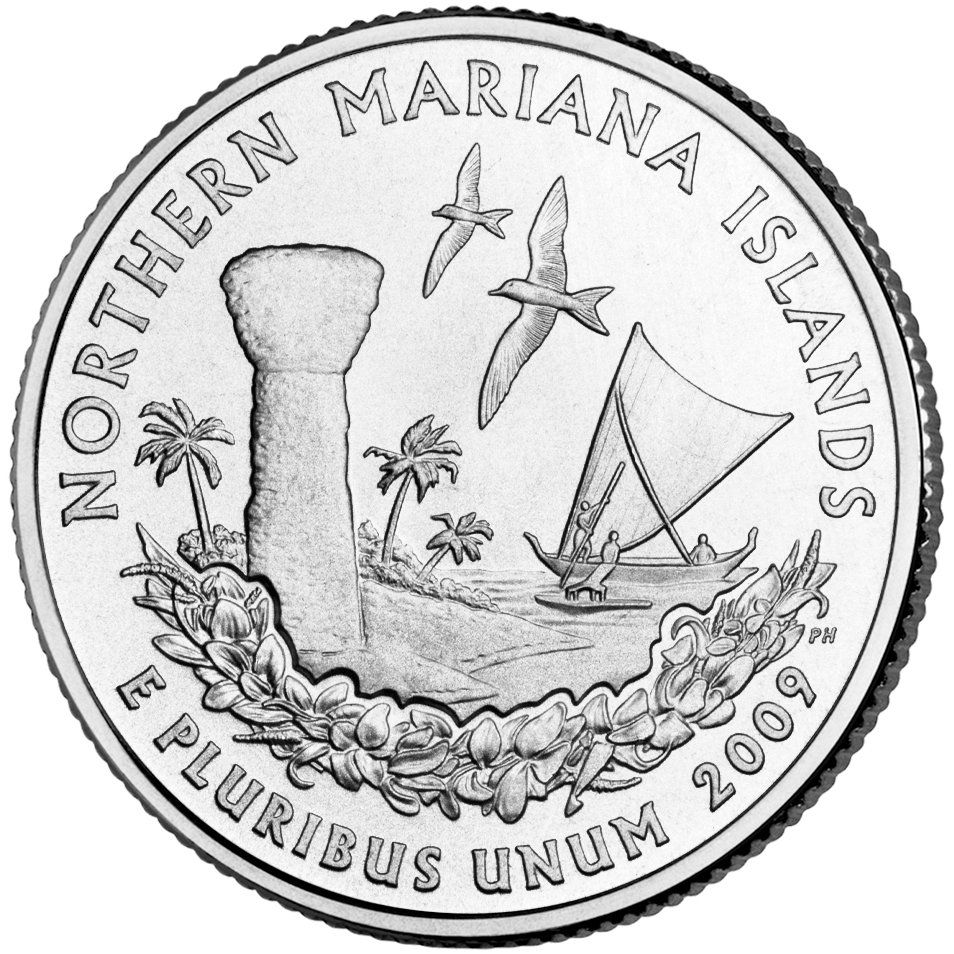 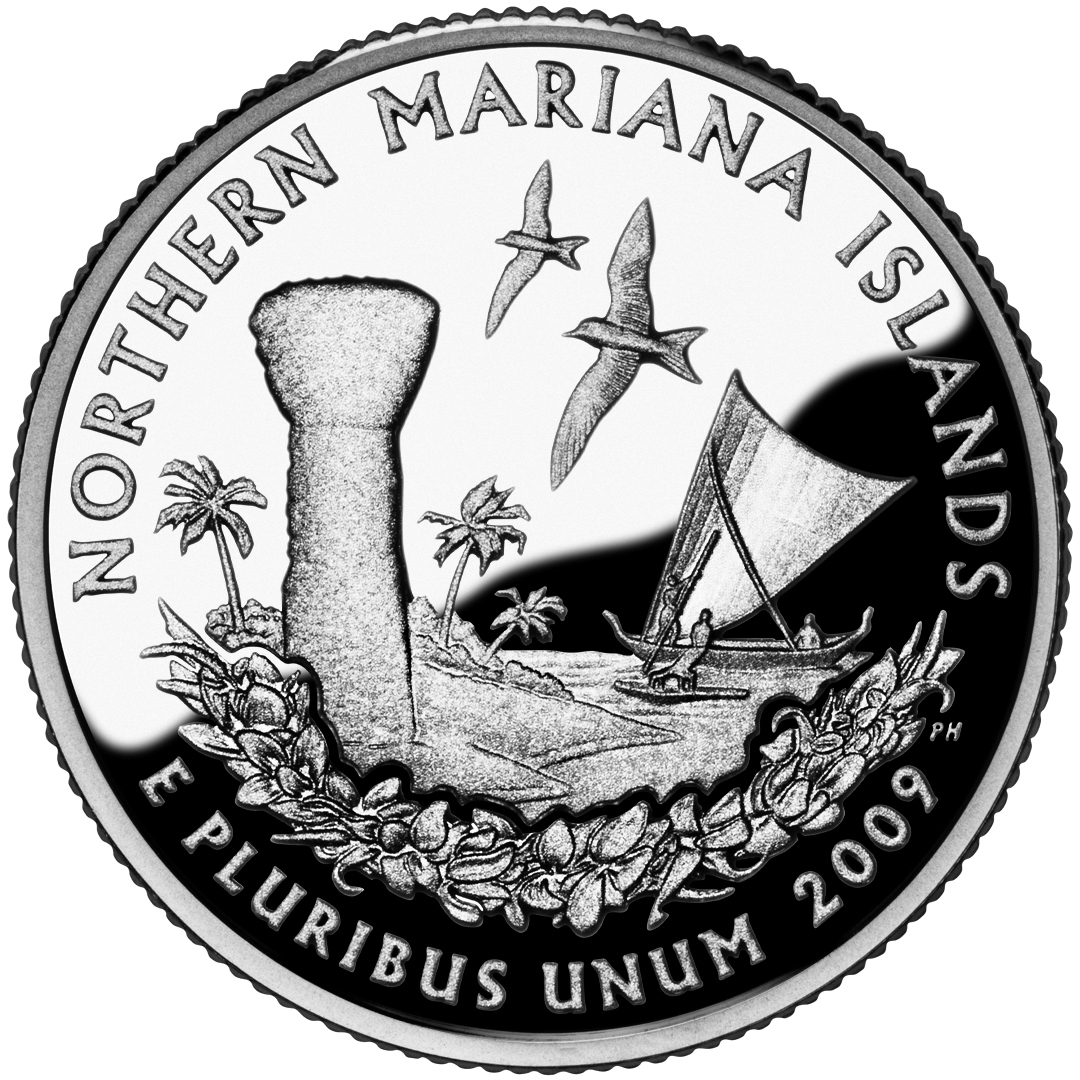 The Northern Mariana Islands quarter is the sixth and final in the 2009 District of Columbia and U.S. Territories Quarters Program. A possession of Spain until 1898, the islands were sold to Germany in 1899. The islands were seized in 1914 by Japan, whose control of the islands was officially recognized in 1921 by the League of Nations. American forces occupied the Marianas during World War II, and in 1947 the group was included in the U.S. Trust Territory of the Pacific Islands. Residents approved separate status for the Northern Marianas as a U.S. Commonwealth in 1975, and the covenant to establish the Commonwealth of the Northern Mariana Islands was signed by President Gerald Ford the next year.

The Northern Mariana Islands quarter reverse design represents the wealth of the islands in its natural resources of land, air and sea. Near the shore stands a large limestone latte, the supporting column of ancient indigenous Chamorro structures. A canoe of the indigenous Carolinians represents the people’s seafaring skills across vast distances. Two white fairy tern birds fly in characteristic synchrony overhead. A Carolinian mwar (head lei) composed of plumeria, langilang (Ylang Ylang), angagha (peacock flower) and teibwo (Pacific Basil) borders the bottom of the design. The mwar is symbolic of the virtues of honor and respect.

The Northern Mariana Islands Quarter Commission solicited and reviewed narratives from the public and established three design narratives. These included two versions of the latte stone with Carolinian canoe and one of a World War II scene showing United States Marines and amphibious tractor on a beach and a destroyer outside a reef. These narratives were forwarded to the United States Mint for the production of artistic renderings, which were then proposed to the territory, with Northern Mariana Islands Governor Benigno R. Fitial making the final design recommendation. The Secretary of the Treasury approved the design on July 31, 2008.