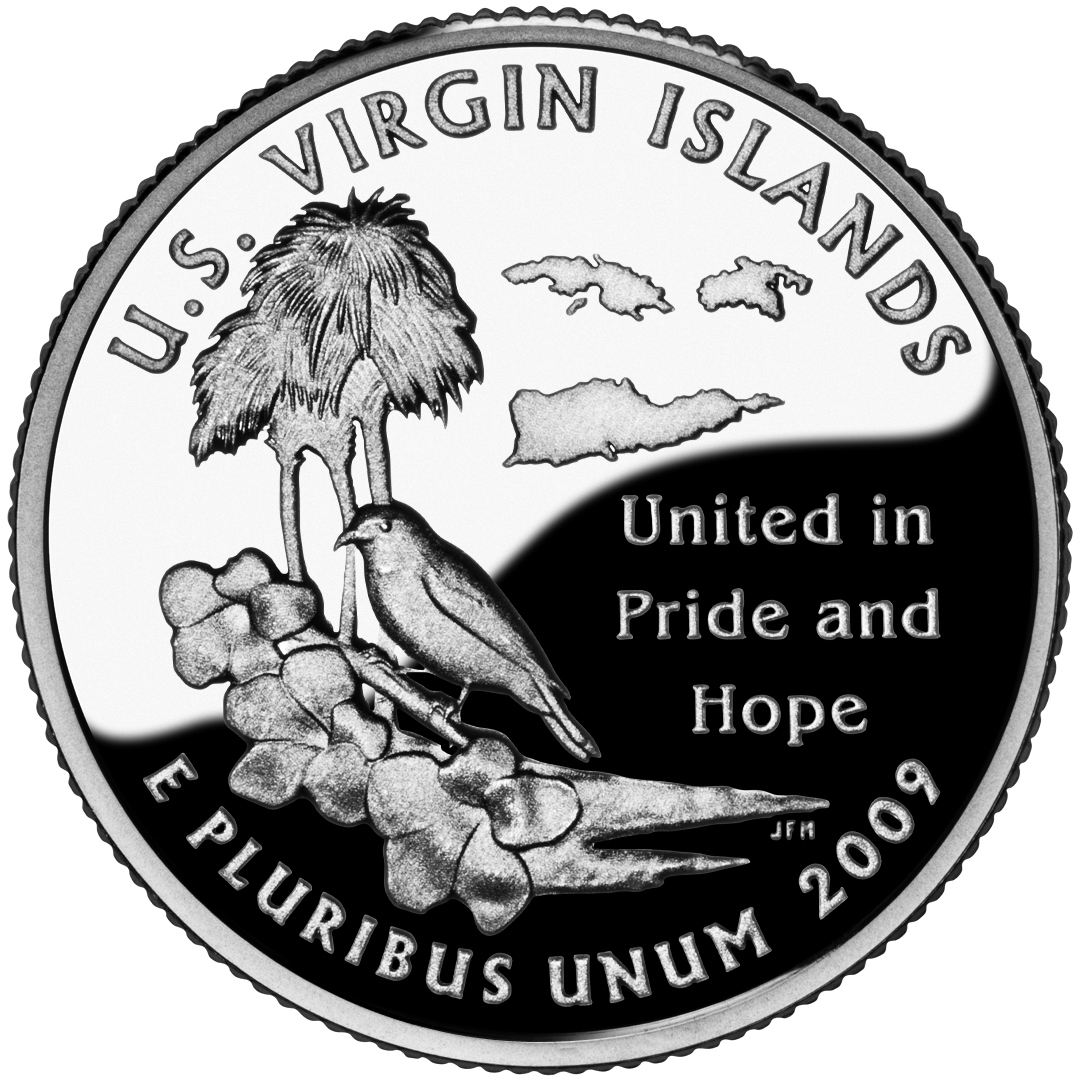 The U.S. Virgin Islands quarter is the fifth in the 2009 District of Columbia and U.S. Territories Quarters Program. These islands, located in the Caribbean Sea east of Puerto Rico, were explored by Christopher Columbus in 1493. They were first inhabited by the Arawak, Taino and later the Carib Indians, and colonized by Denmark beginning in 1666. During the Napoleonic Wars, the islands were occupied by the English from 1801 to 1802 and from 1807 to 1815. Originally named the Danish West Indies, the United States purchased the three islands—St. Croix, St. Thomas and St. John—along with approximately 50 islets, from Denmark in 1917 for $25 million. Congress granted American citizenship to residents of the U.S. Virgin Islands in 1927. Under the Revised Organic Act of 1954, the U.S. Virgin Islands were provided a substantial amount of self-government, including the creation of a central government with distinct executive, legislative and judicial branches. Tourism is the primary economic activity, accounting for most of its gross domestic product and 70 percent of employment on the islands.

The U.S. Virgin Islands quarter reverse features an outline of the three major islands, the Yellow Breast or Bananaquit, its official bird; the Yellow Cedar or Yellow Elder, the official flower; and a Tyre Palm Tree.

A review committee established by U.S. Virgin Islands Governor John deJongh developed three design narratives for the reverse of the territory’s quarter: the islands, Yellow Breast and Yellow Cedar ("Virgin Islands Beauty"), a male conch shell blower and three women symbolizing the three major islands. These narratives were forwarded to the United States Mint for the production of artistic renderings, which were then proposed to the territory, where the public voted in favor of recommending the "Virgin Islands Beauty" design. The Secretary of the Treasury approved the design on July 31, 2008.