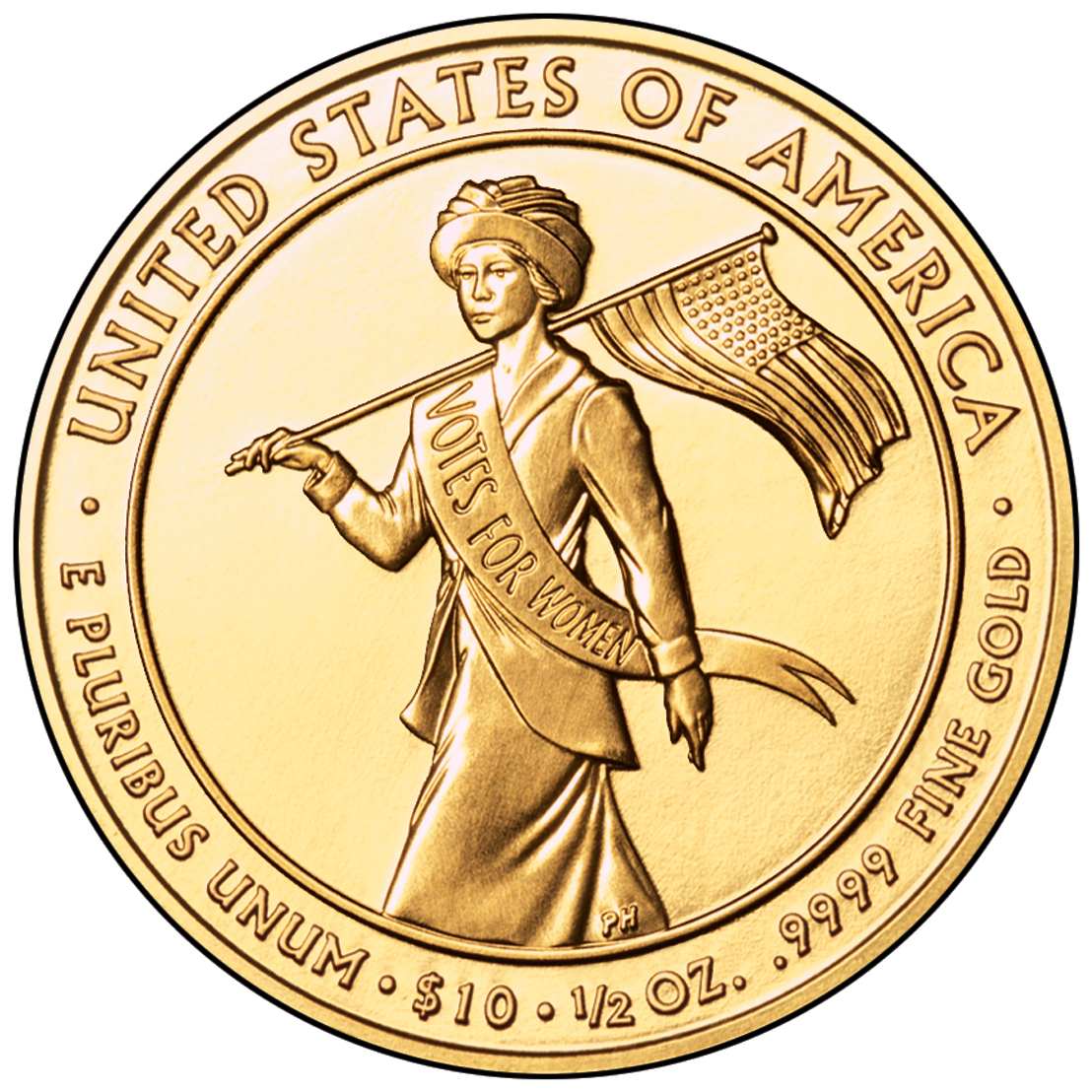 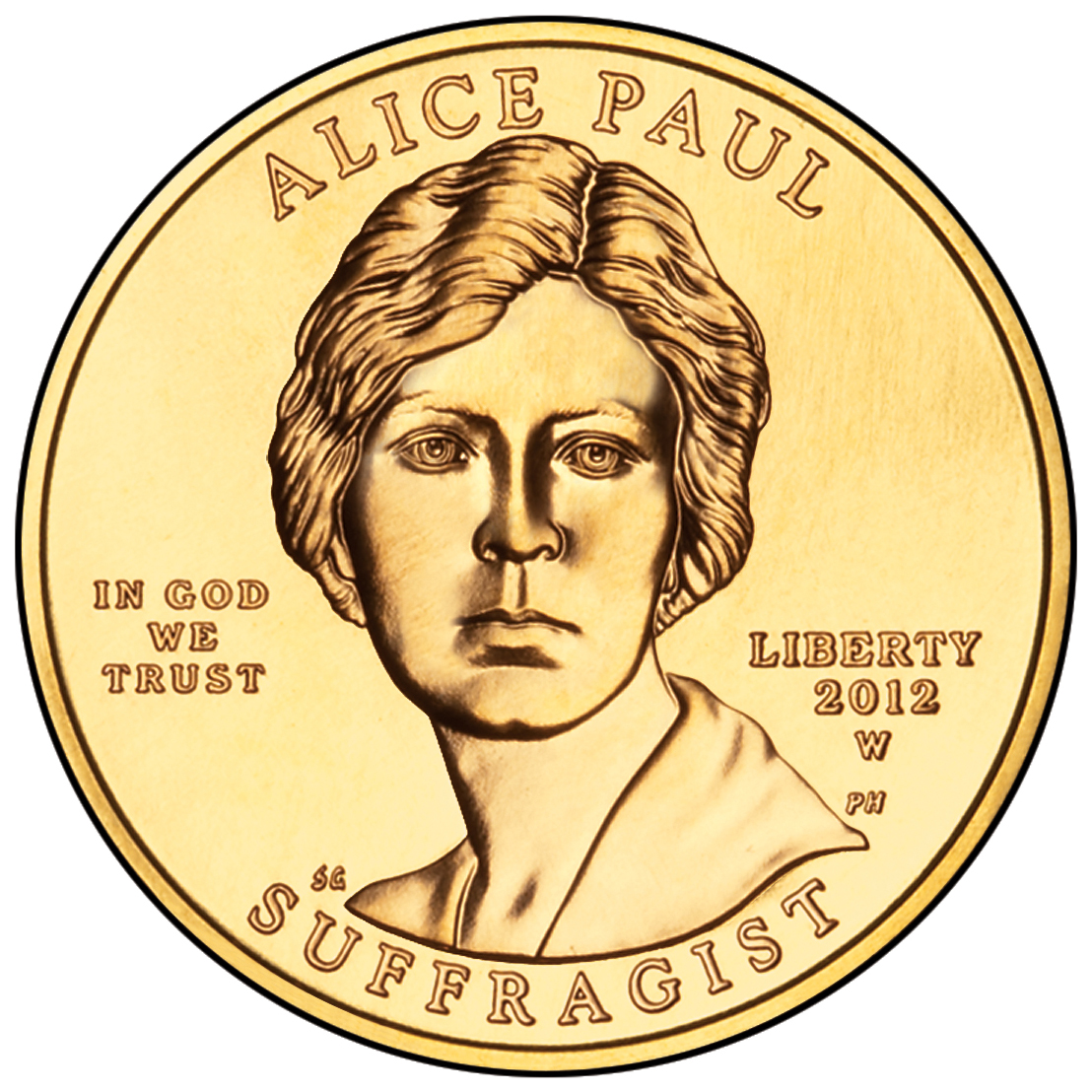 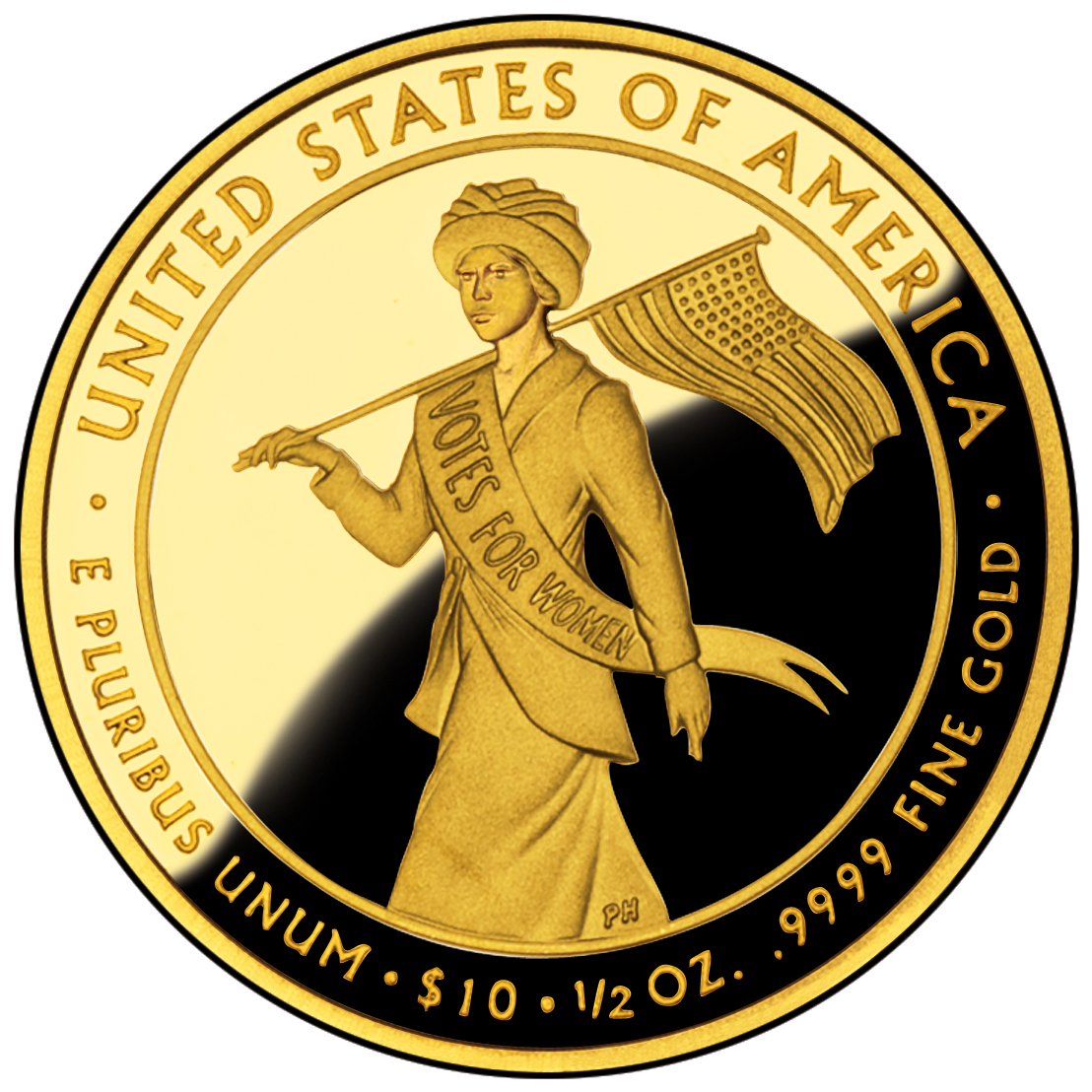 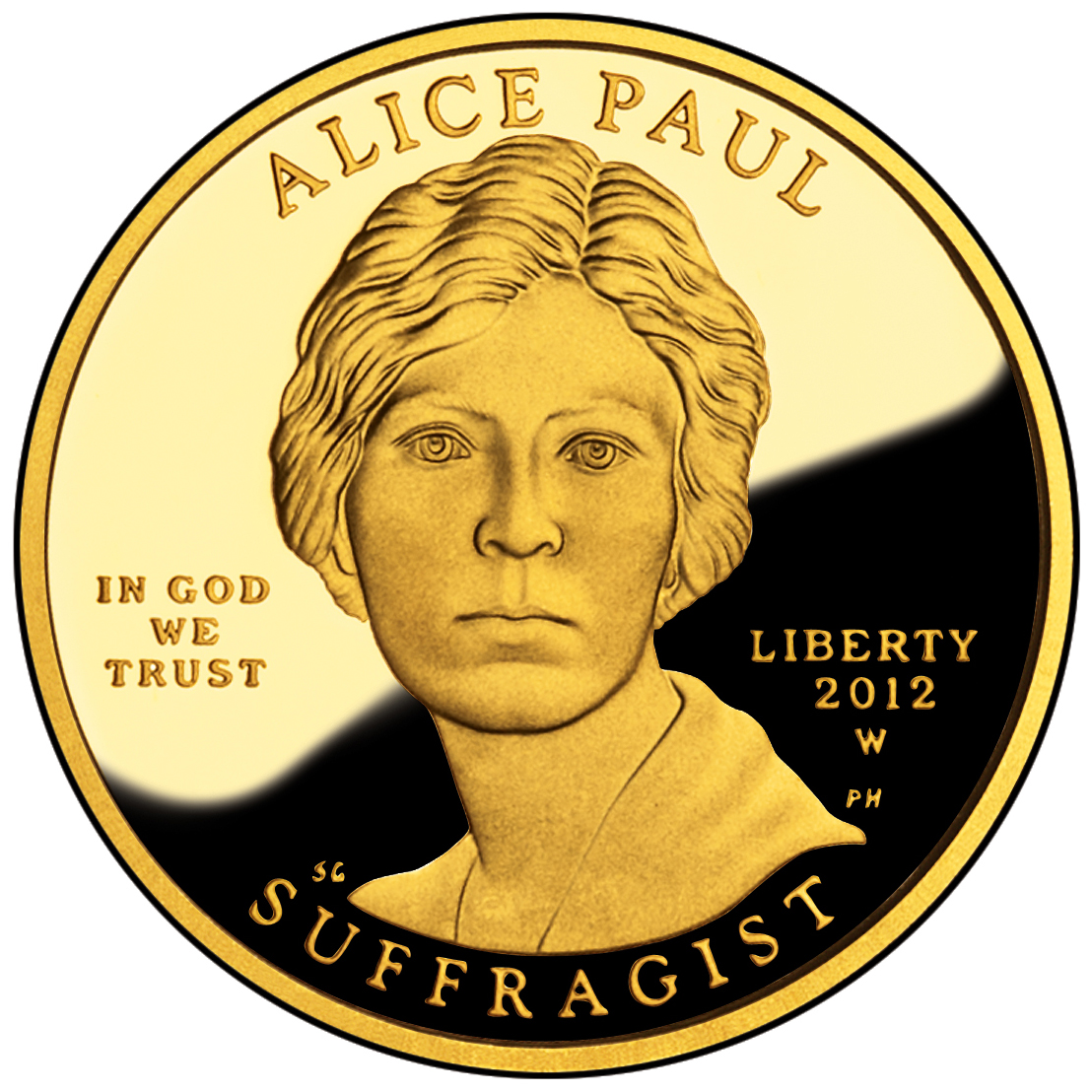 The Presidential $1 Coin Act of 2005 (Public Law 109-145) contains a provision to provide continuity of the First Spouse Gold Coin Program during those times in which a President served without a first spouse. This provision applies to Chester Arthur, whose wife, Ellen Arthur, died before he took office.

In general, the gold coins issued to accompany any President who served without a spouse feature a design emblematic of Liberty on its obverse, as depicted on a U.S. coin issued during the President’s time in office. In the case of Chester Arthur, however, the public law specifies that the obverse (heads side) feature:

“…a design incorporating the name and likeness of Alice Paul, a leading strategist in the suffrage movement, who was instrumental in gaining women the right to vote upon the adoption of the 19th amendment and thus the ability to participate in the election of future Presidents, and who was born on January 11, 1885, during the term of President Arthur;” and that “the reverse [tails] …be representative of the suffrage movement.”

Beginning in the earliest days of the Nation, women sought the right to vote. By 1917, advocates of women’s suffrage, including Alice Paul, were picketing the White House. In January 1918, President Wilson embraced women’s suffrage as a “war measure,” urging Congress to pass legislation authorizing an amendment granting it. The August 26, 1920, ratification of the amendment gave almost one-half of the entire Nation — women — the right to vote.

The reverse depicts a participant marching in the suffrage parade, holding the flag and wearing a banner that says VOTES FOR WOMEN.