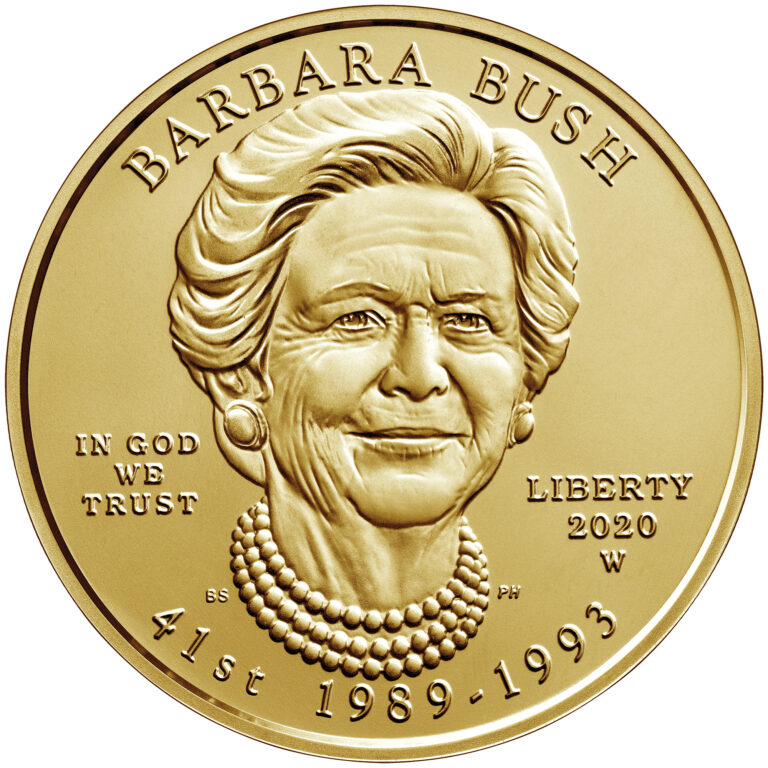 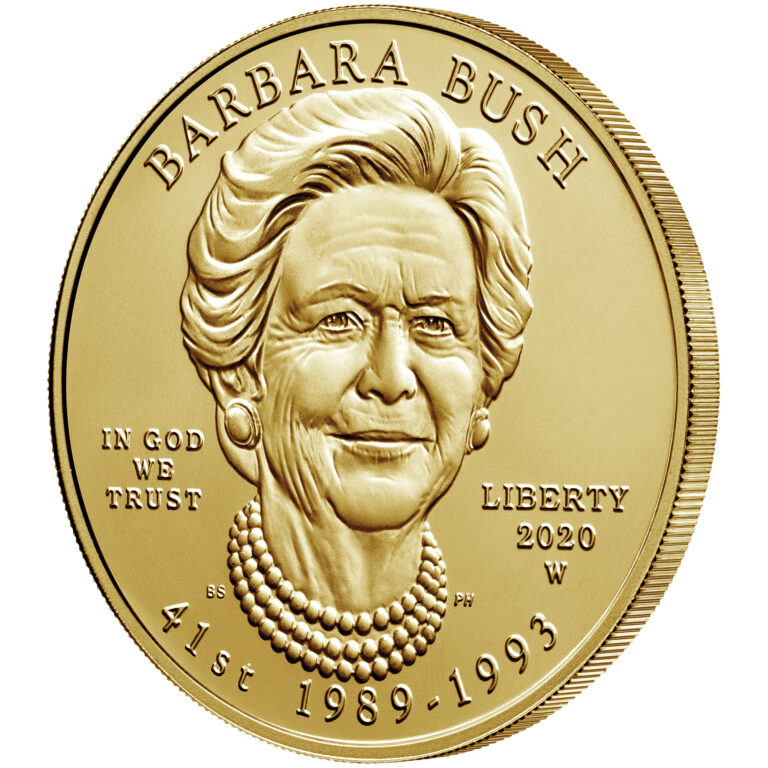 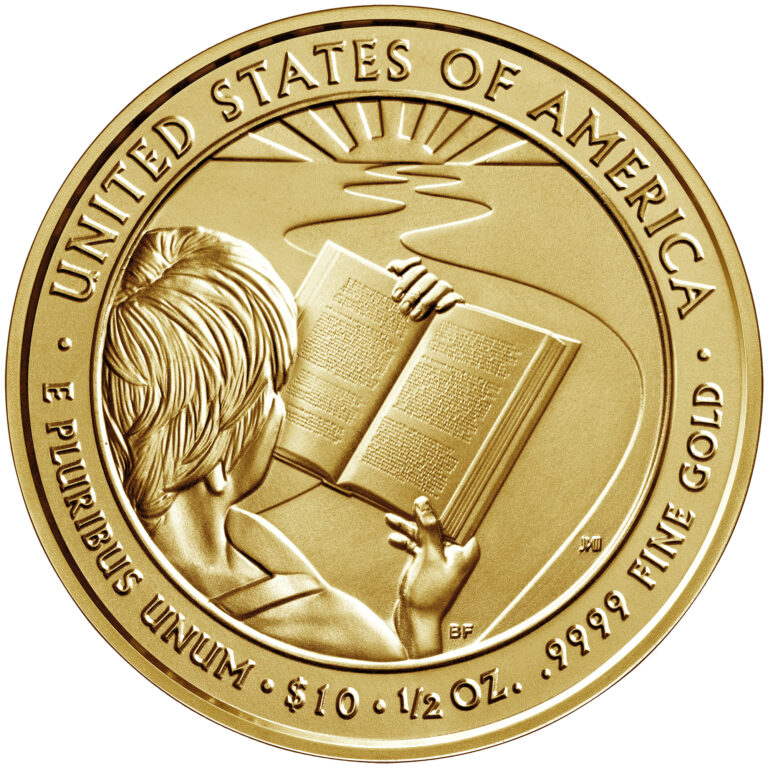 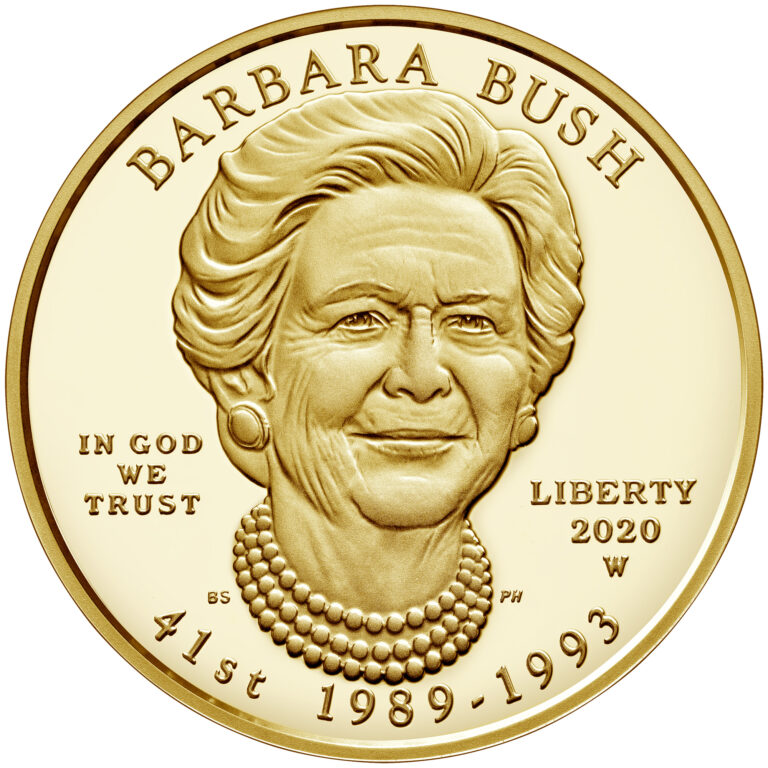 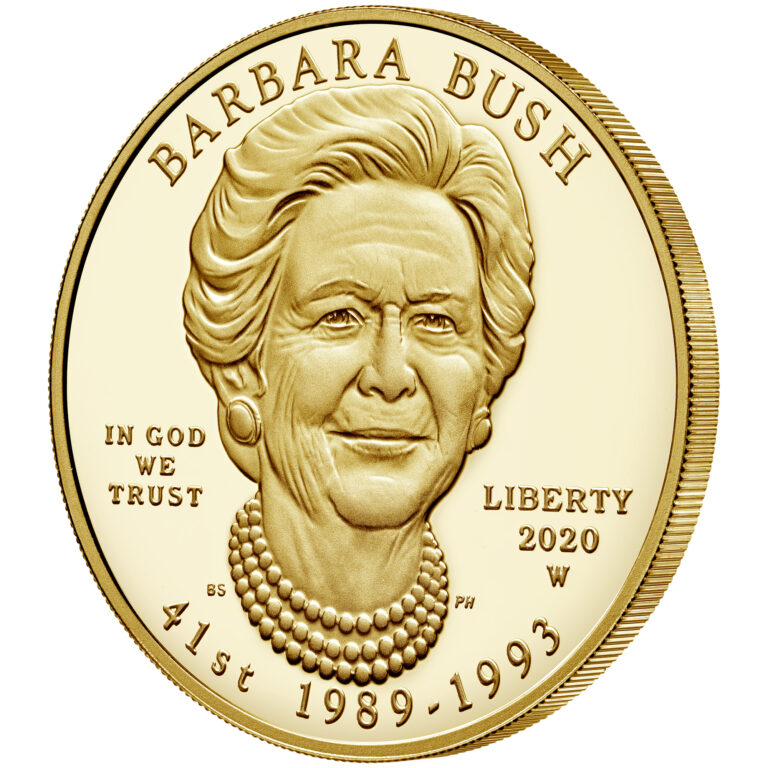 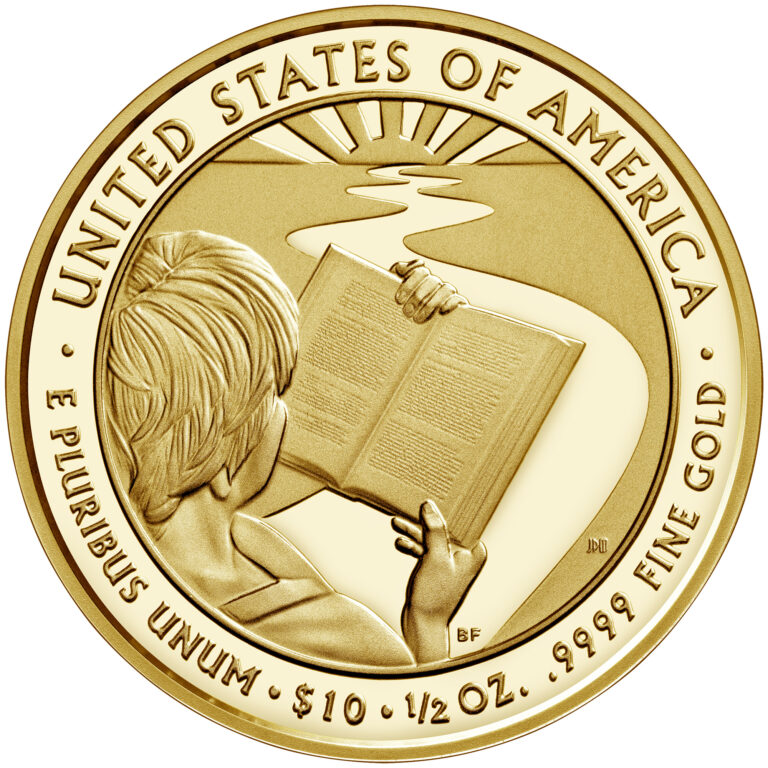 Barbara Pierce was born in New York City on June 8, 1925. She grew up in Rye, New York, a witty child who loved to read. The third of four siblings, she attended Milton Public and Rye Country Day Schools before departing for the Ashley Hall boarding school in Charleston, South Carolina, in 1940.
In December 1941, 16-year-old Barbara met her future husband, George H.W. Bush, at a Christmas dance, and they married on January 6, 1945, while he was on leave from his wartime deployment as a Navy pilot.

As First Lady, Barbara Bush was a strong champion for vulnerable communities including the homeless and HIV/AIDS patients. However, she was best known for her passionate advocacy for a more literate Nation. She launched the Barbara Bush Foundation for Family Literacy in 1989, with the mission of improving lives through literacy. Millions across the country have benefited from the Foundation’s family literacy programs.

The reverse (tails) shows a person reading, with an open road before them. The open book symbolizes literacy, education, and knowledge. The road symbolizes the future and the journey of life, and the sun in the distance is the promise of a brighter future.