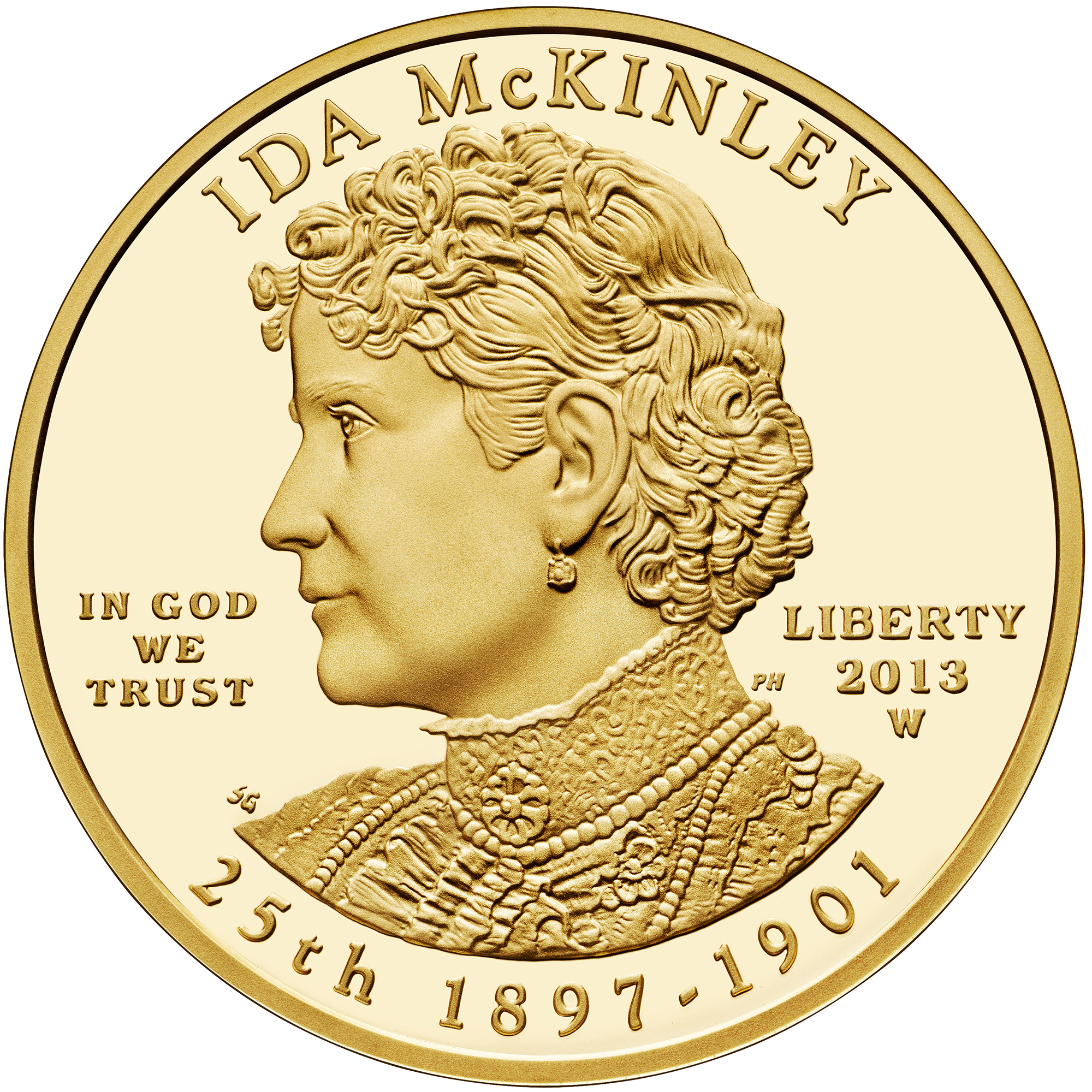 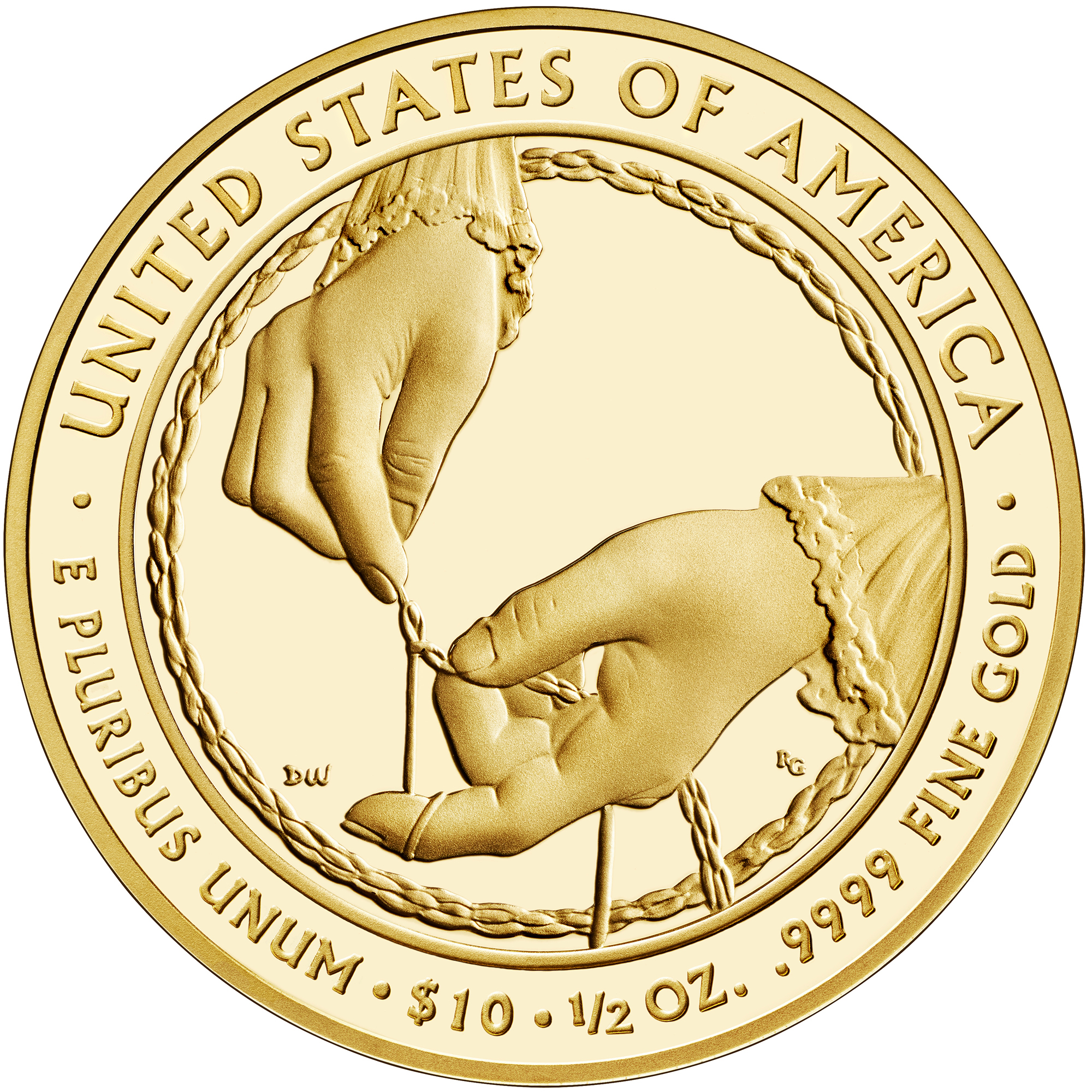 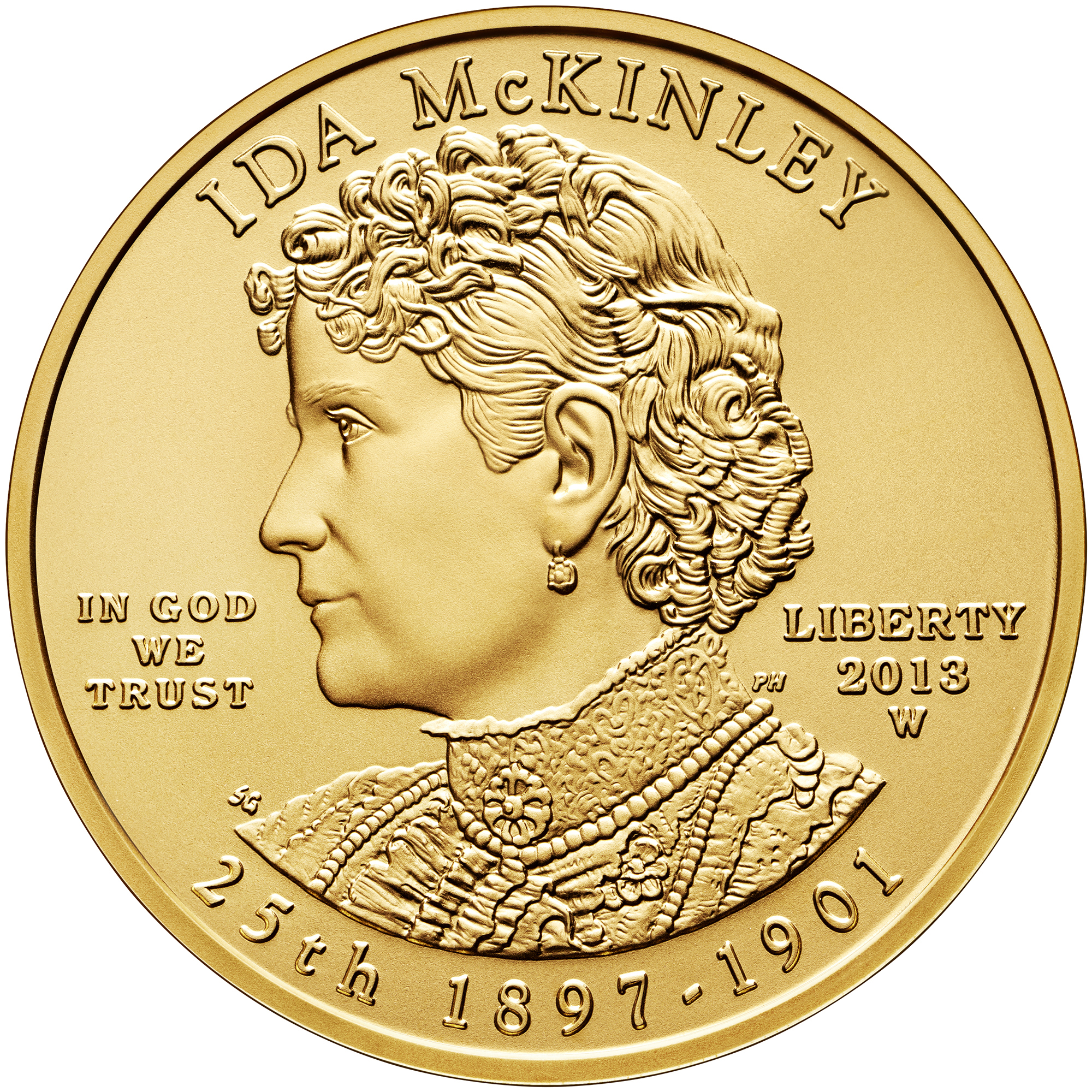 Ida Saxton McKinley was born in Canton, Ohio, on June 8, 1847. She met her future husband and president, William McKinley, while working at her father’s bank, and they married in 1871. Ill health, including phlebitis and epilepsy, caused her to spend much of her time crocheting bedroom slippers that were auctioned off for charity. Despite her health problems, as first lady, Mrs. McKinley received guests at formal receptions seated in a blue velvet chair while holding a fragrant bouquet to suggest she would not shake hands. After President McKinley’s assassination in 1901, she moved back to Canton, where her younger sister looked after her. She died in 1907.

The reverse depicts two hands crocheting, representing Mrs. McKinley's work crocheting thousands of slippers that were auctioned off for charity.