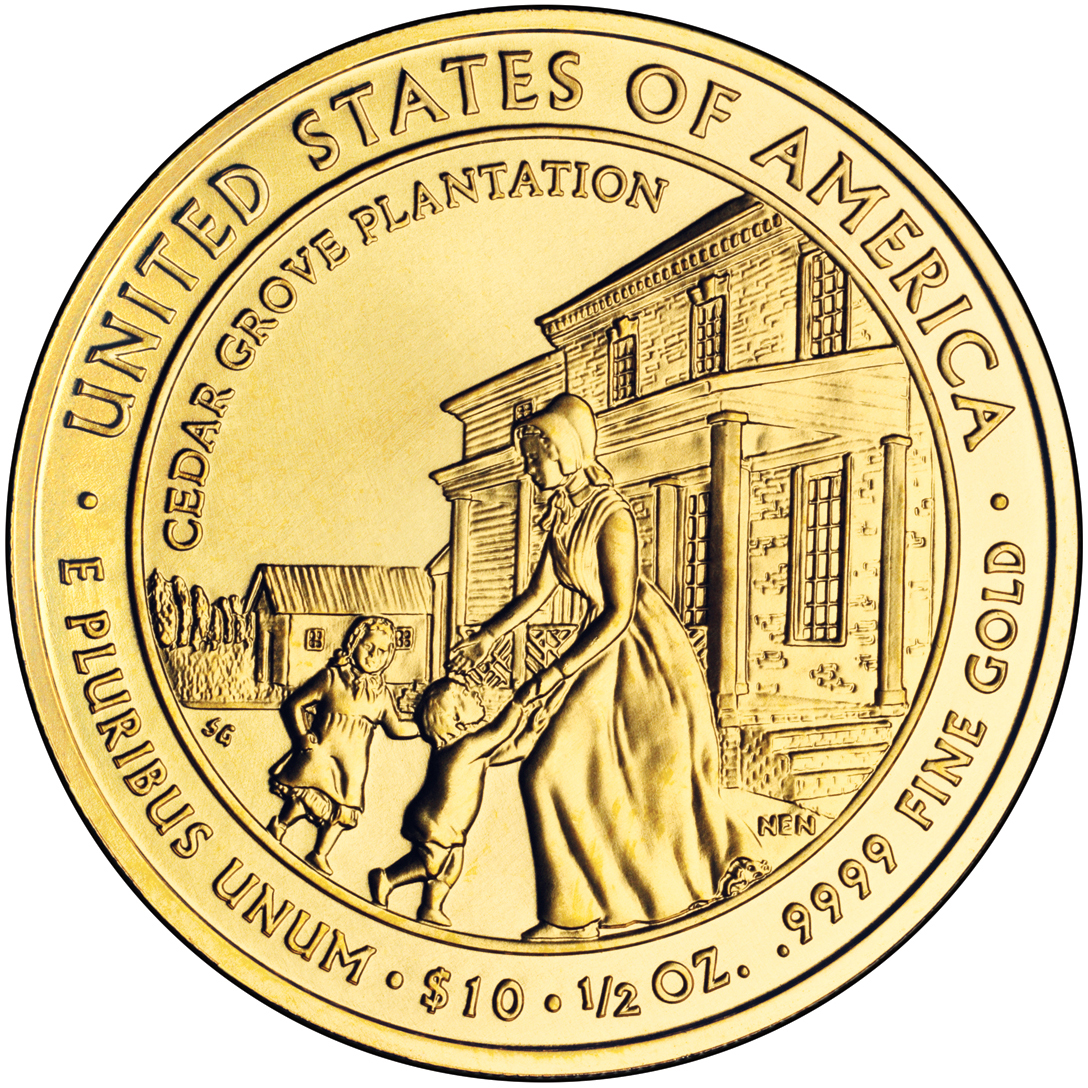 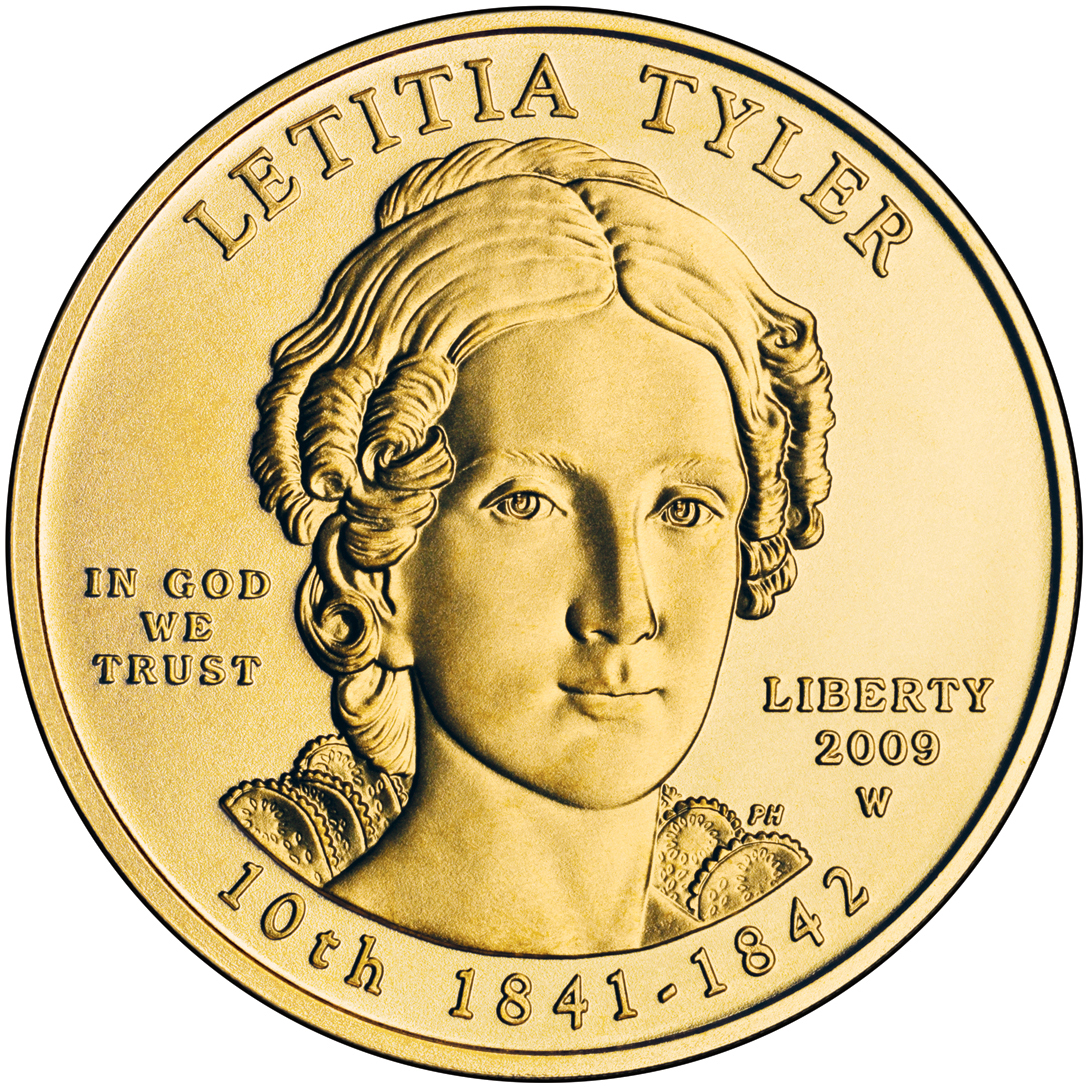 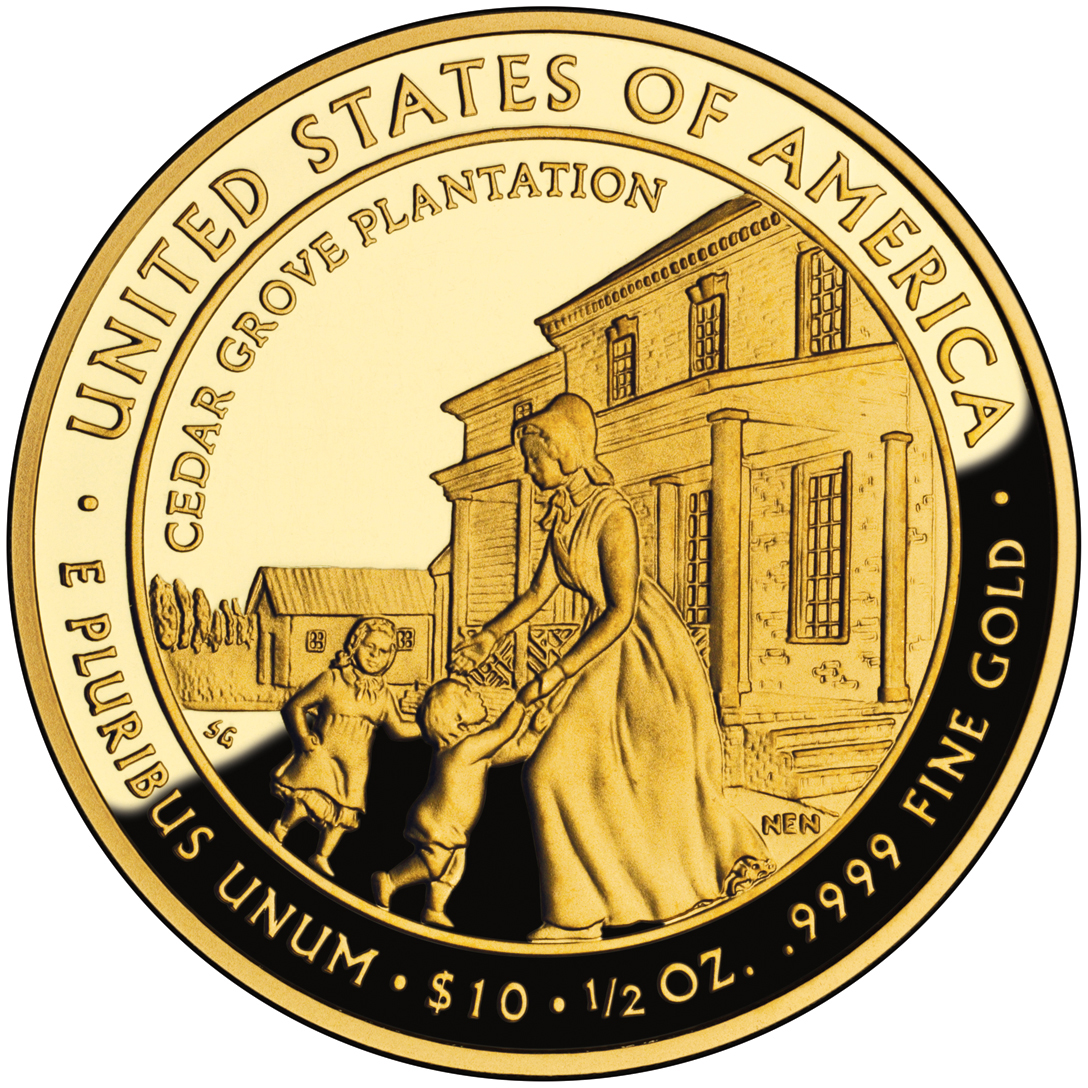 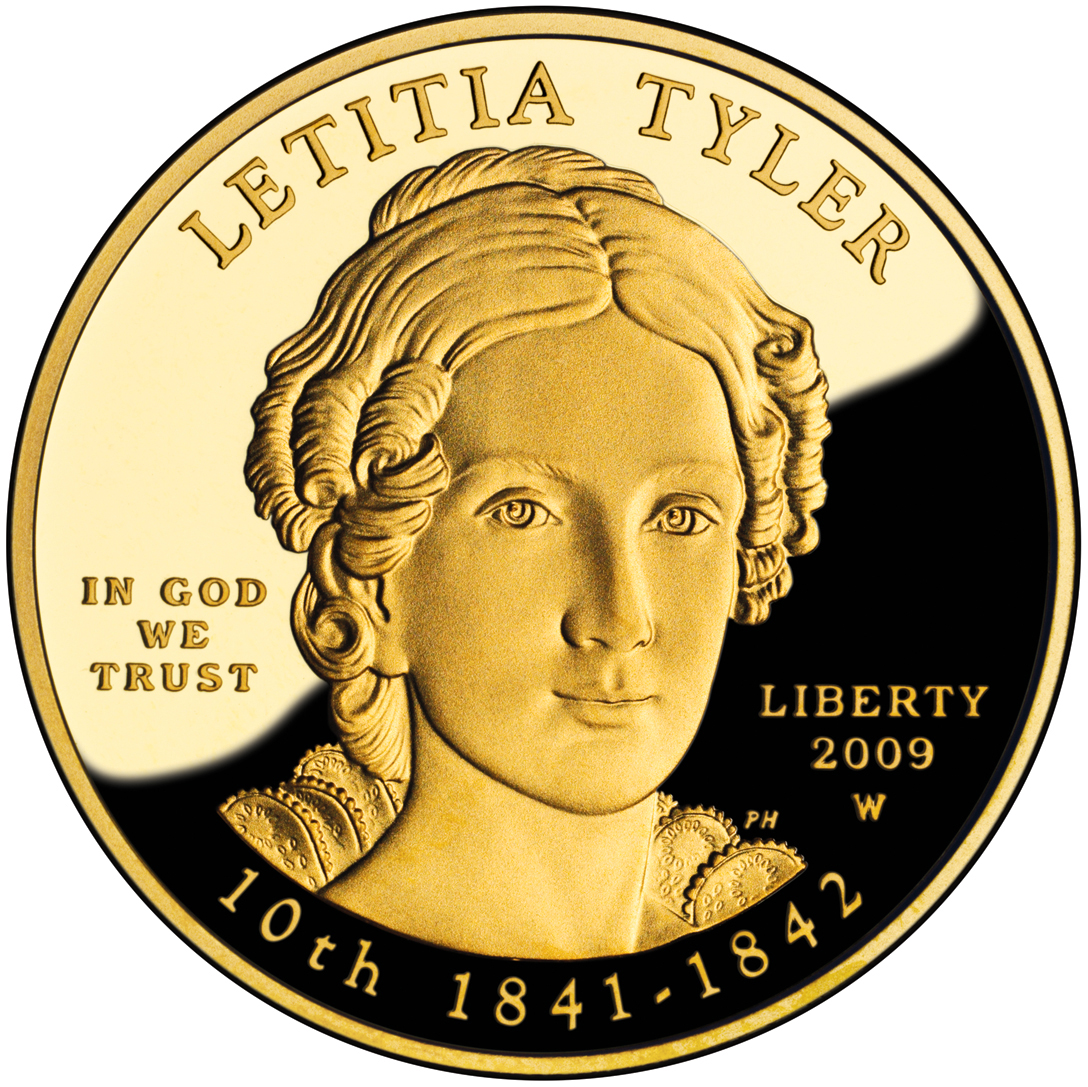 A genteel Southern lady, Letitia Christian Tyler was content to stay in the background tending to her children and household. She supervised the Tyler family’s 1,200 acre plantation, Greenway, in Charles City County, Virginia, for many years.

Although Letitia Tyler was never able to assume the normal social duties of a First Lady because of her poor health, behind the scenes, she directed the entertaining and household management of the White House. She made only one public appearance while First Lady, at the wedding of their daughter, Elizabeth. She informally received important visitors, including authors Charles Dickens and Washington Irving, and enjoyed discussing current events with them. She died in September 1842, eight months after her daughter’s wedding.

Letitia Tyler's success in running their plantation gave husband John Tyler the freedom to pursue his political career. The reverse of the coin depicts Mrs. Tyler and her two oldest children behind their Cedar Grove Plantation, with the plantation building and fields visible in the distance. The Tylers were married here in 1813.