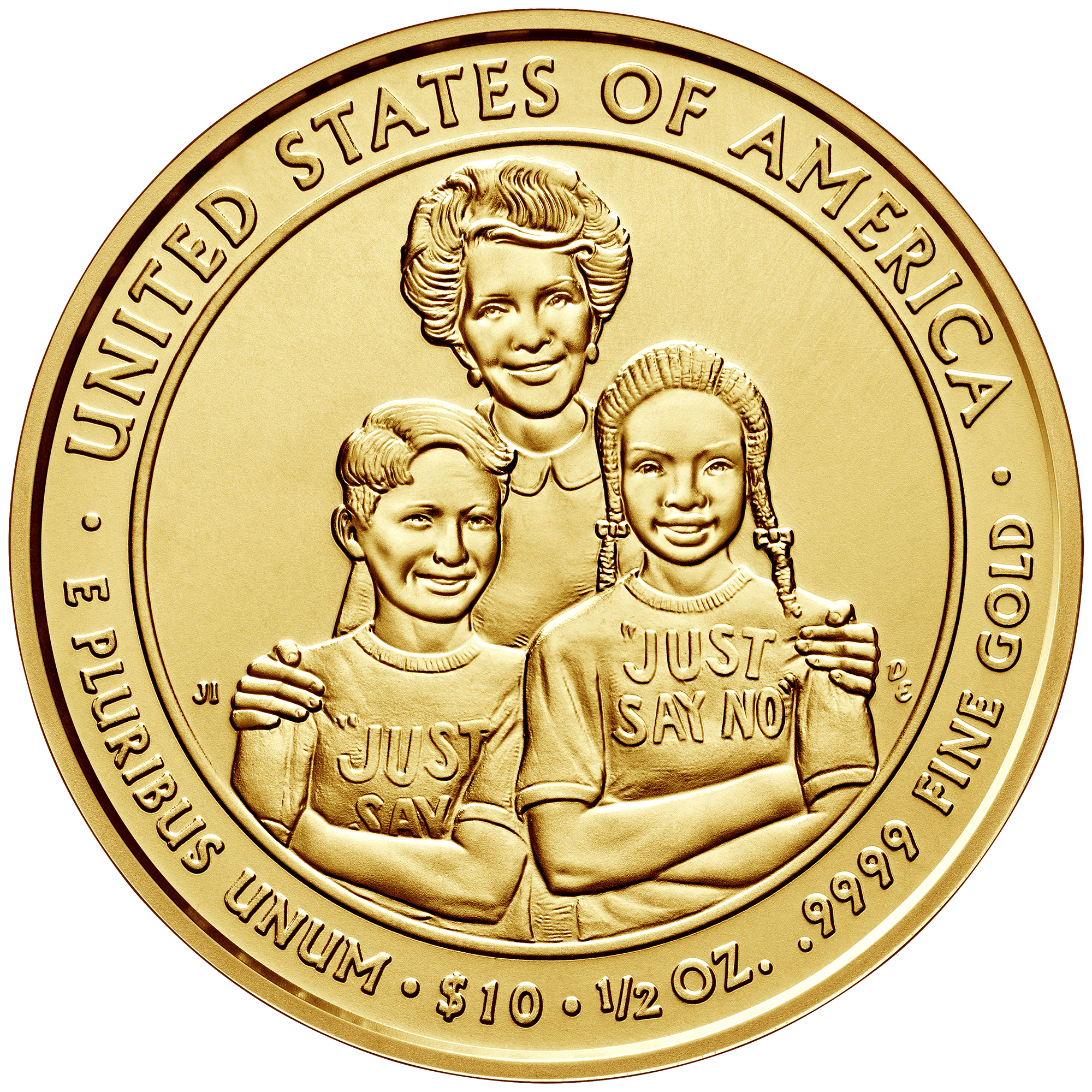 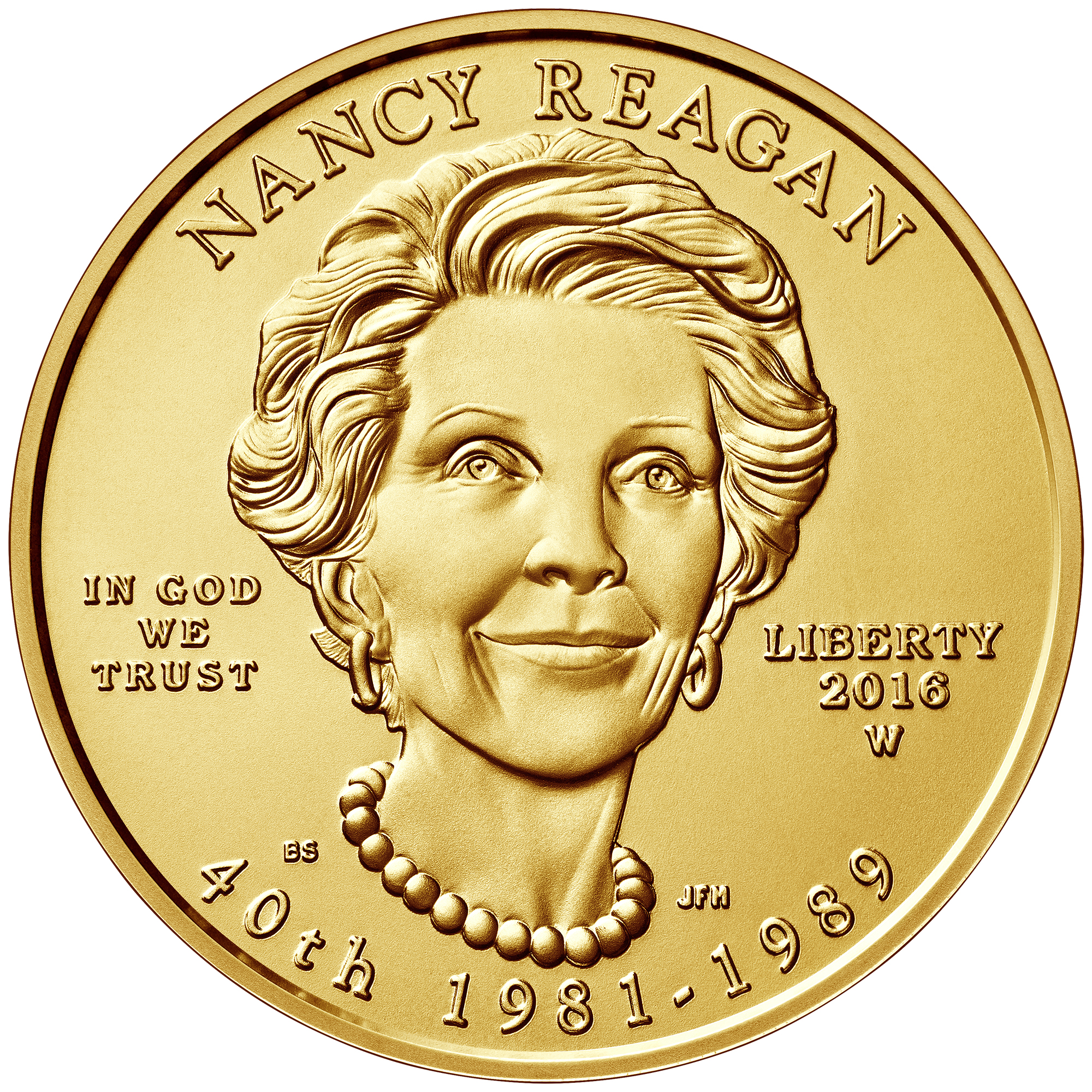 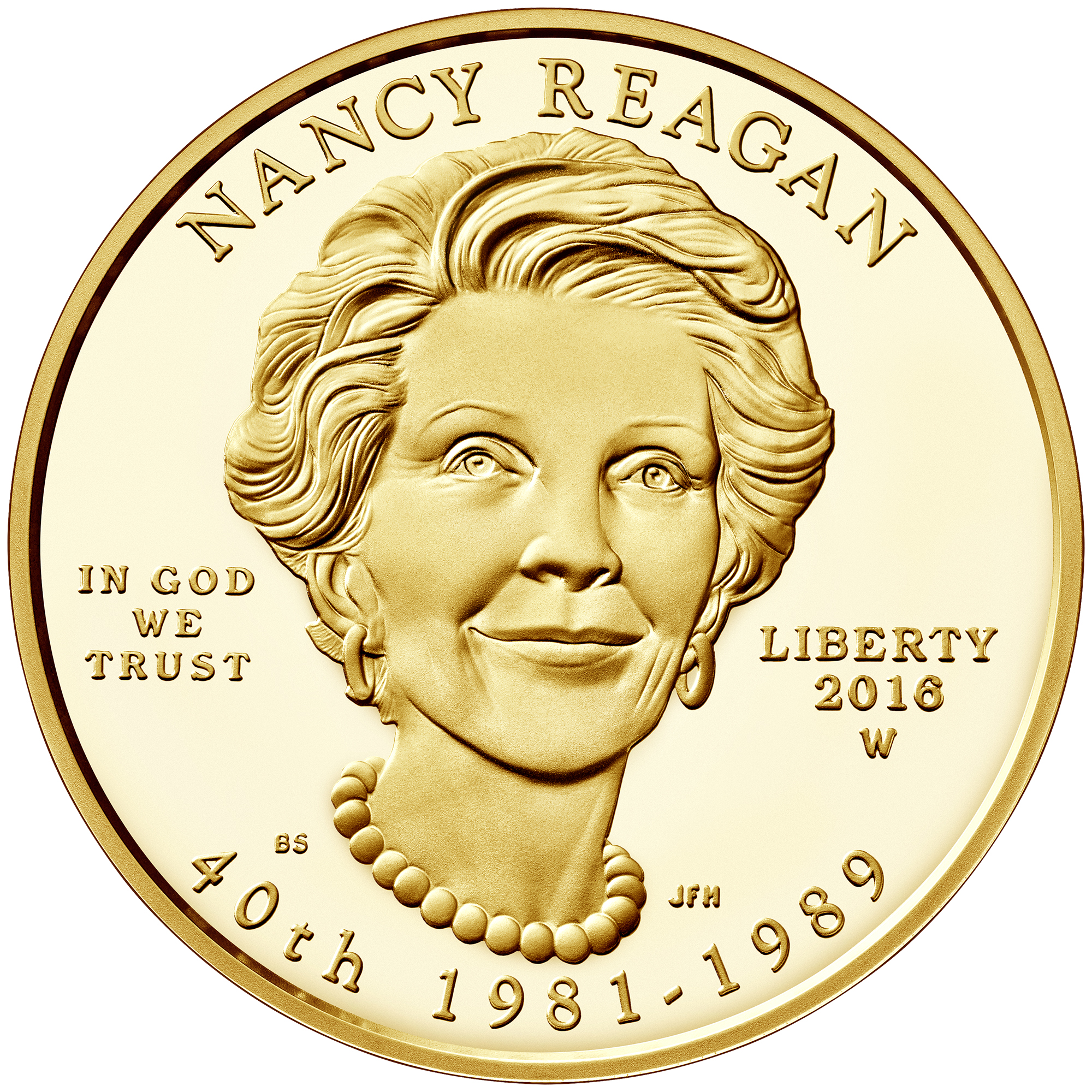 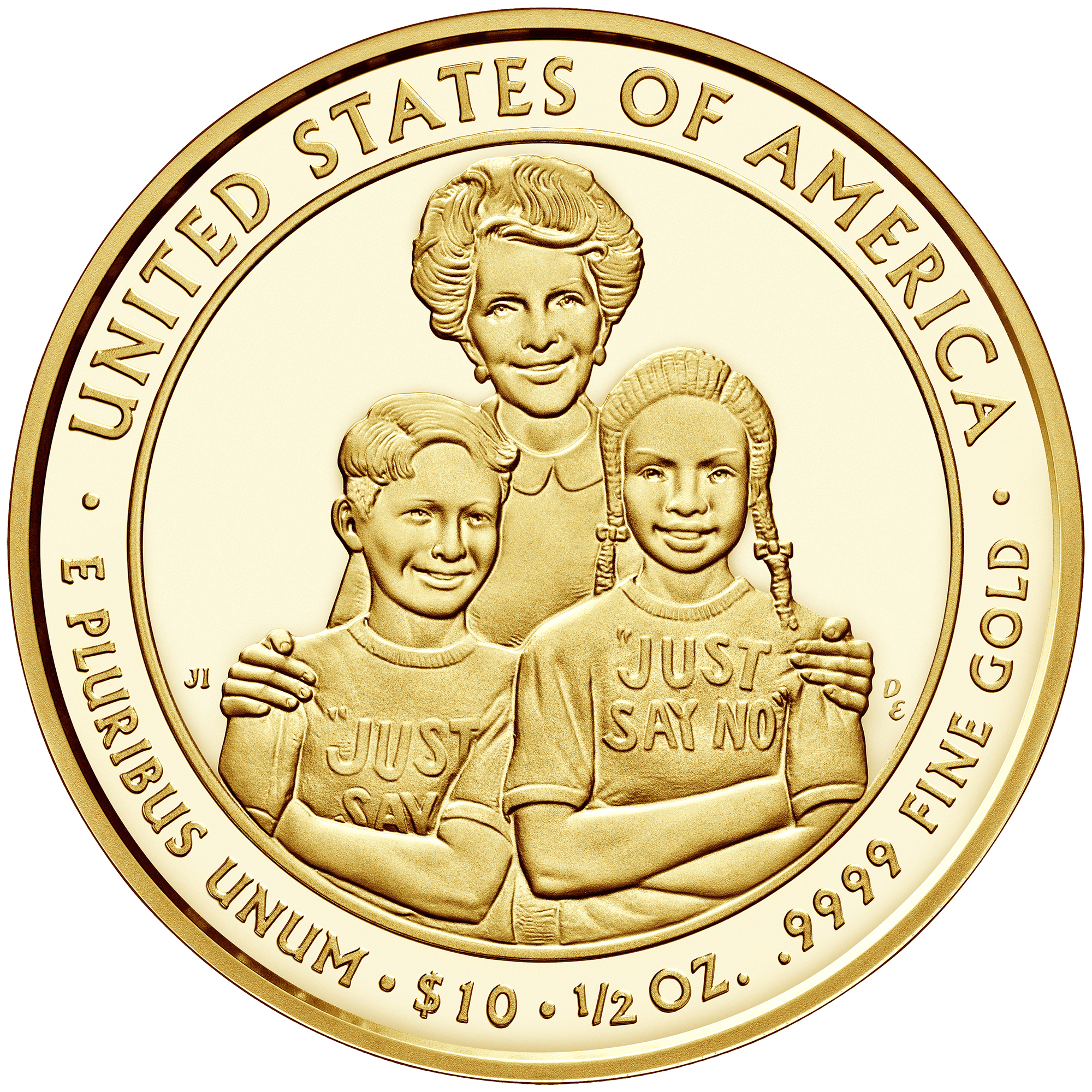 Born in New York City July 6, 1921, Nancy Reagan, née Davis, studied theater at Smith College in Massachusetts. A successful screen test in 1949 led to a seven-year contract at a major Hollywood studio. She appeared in 11 films.

Nancy met Ronald Reagan in 1951, and they were married the following year. During the years he was governor of California, she embraced several causes, including the welfare of veterans, physically and emotionally handicapped children, and the elderly. As First Lady, she continued to promote these causes, in addition to adopting the Foster Grandparent Program and the fight against drug and alcohol abuse among youth. As a former First Lady, Mrs. Reagan continued to support her “just say no” campaign. Always a staunch supporter of her husband, she also devoted her time to preserving his legacy.

The reverse (tails side) design features Mrs. Reagan with her arms around two children during her “just say no” campaign.