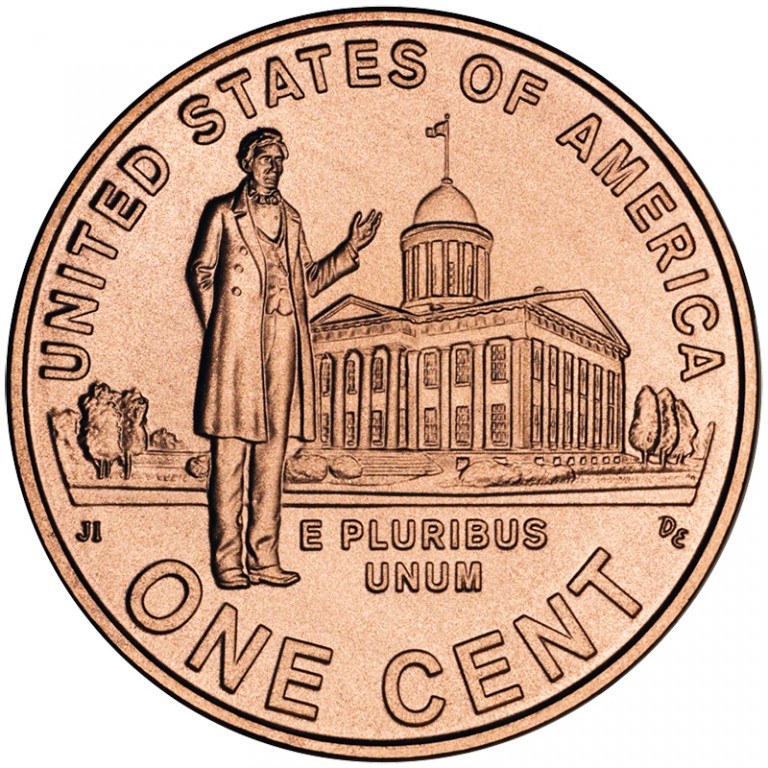 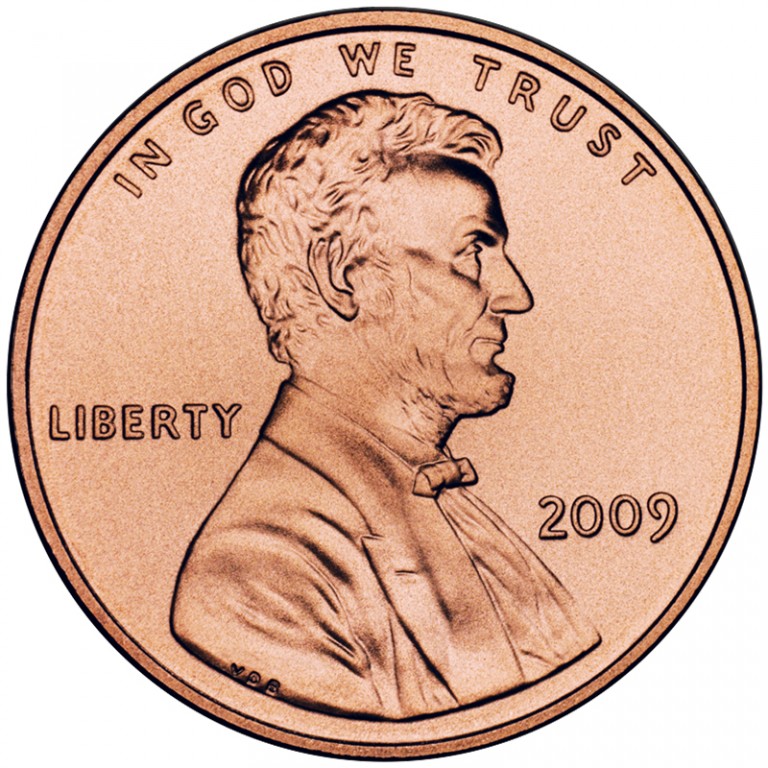 Thomas Lincoln decided to move the family in 1830 to Illinois, farther west. Abraham worked at different jobs there, including piloting a steam boat. But he was also becoming more and more interested in politics and in studying and practicing law.

He was elected to the Illinois General Assembly in 1834. In 1837, he moved to Springfield, the capital of Illinois. There, he married Mary Todd and they had their first child, Robert Todd Lincoln. Doing well as a lawyer, Lincoln won election to the US House of Representatives in 1846.

Lincoln debated Stephen Douglas for a seat in the US Senate in 1858. Although he lost that election, the debates made him nationally famous as they showcased his debating skills, clear thinking, and moral character. Two years later, the Republicans nominated him to run for president, and he won the election.

This coin design shows Lincoln standing outside the state house of Illinois. It reminds us of his career in law and politics before he ran for the presidency.

Reverse (tails): Depicts the young professional Abraham Lincoln in front of the State Capitol in Illinois.