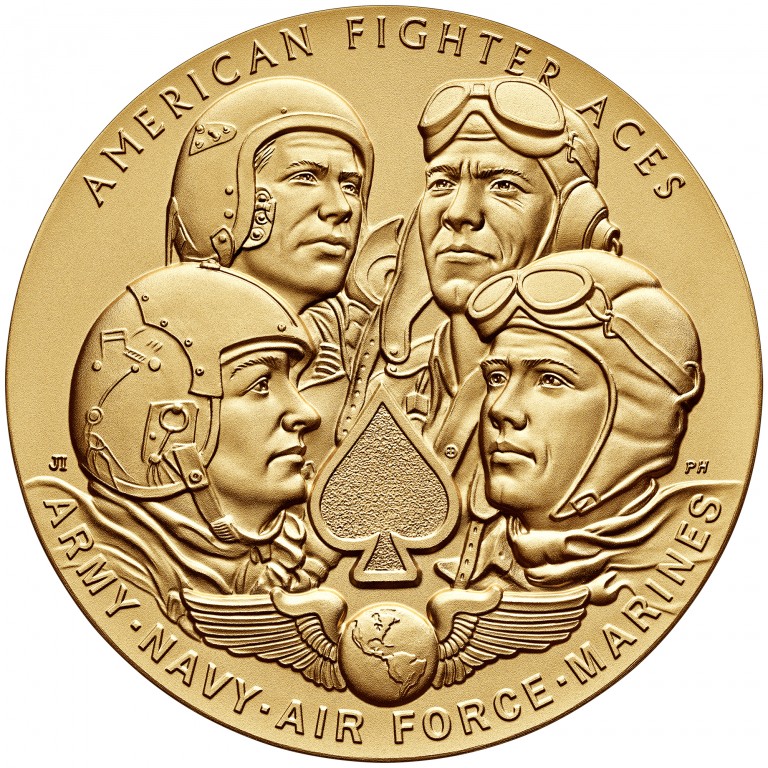 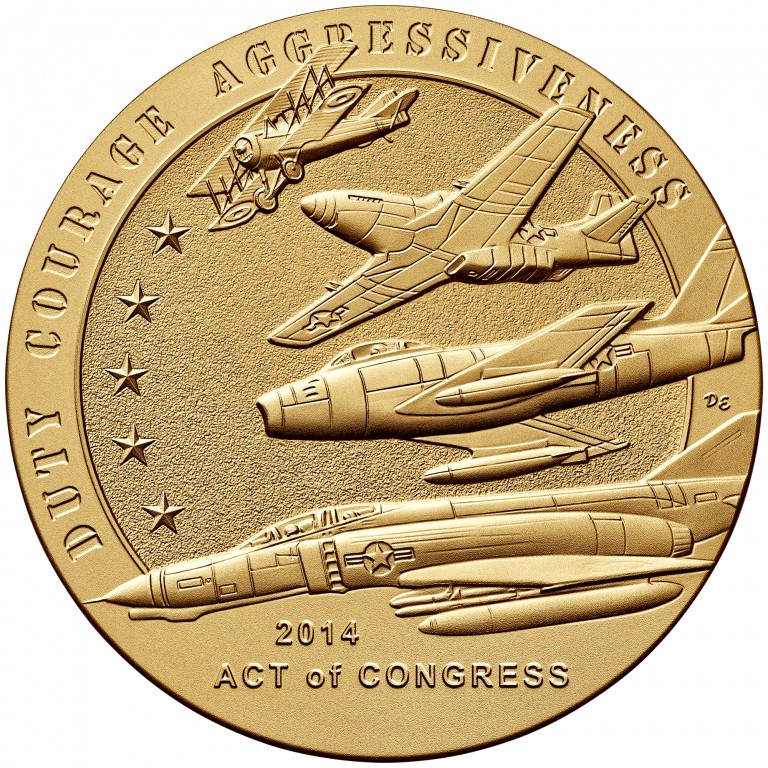 This medal is a bronze replica of the Congressional Gold Medal presented to the American Fighter Aces in recognition of their heroic military service and defense of our country’s freedom throughout the history of aviation warfare.

American Fighter Aces are military pilots credited with destroying five or more confirmed enemy aircraft in aerial combat during a war or conflict in which the U.S. Armed Forces have participated. Aces have served in World War I, World War II, the Korean War and Vietnam War. More than 60,000 fighter pilots have flown since World War I, but fewer than 1,500 are called Fighter Aces.

The obverse (heads side) design features four pilots, representing World War I, World War II, the Korean War and the Vietnam War; an ace of spades; and military wings with a globe centered, symbolizing the global impact of the group's service.