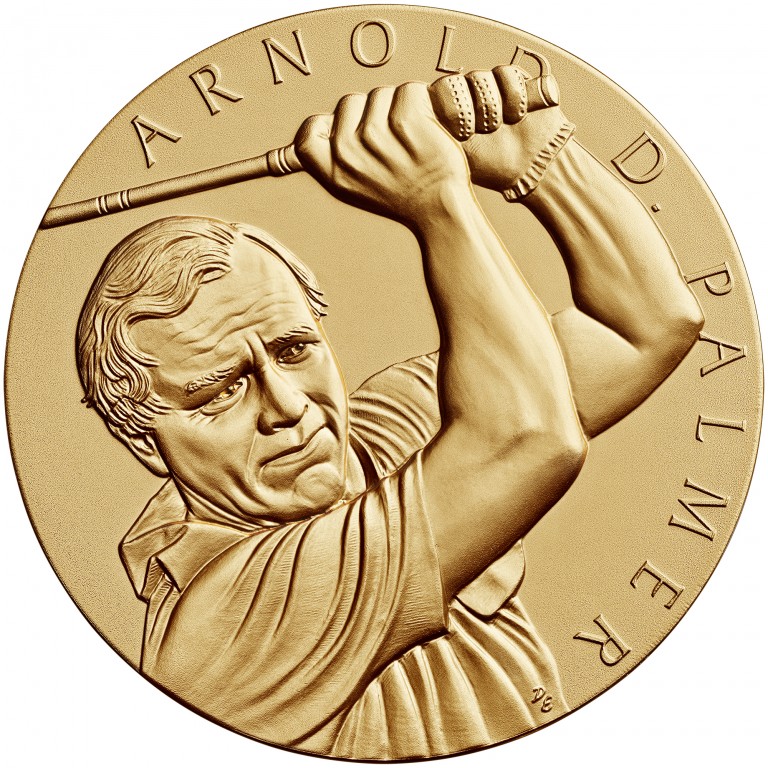 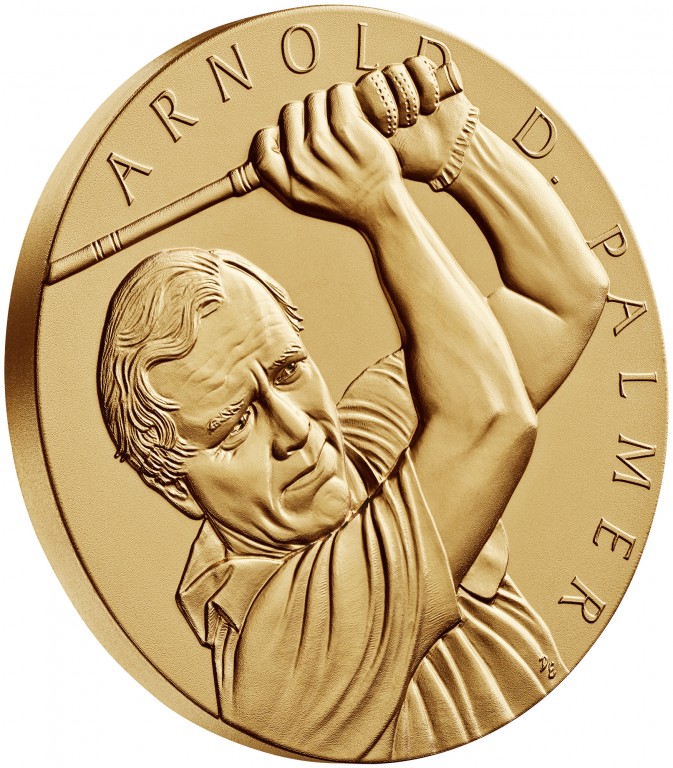 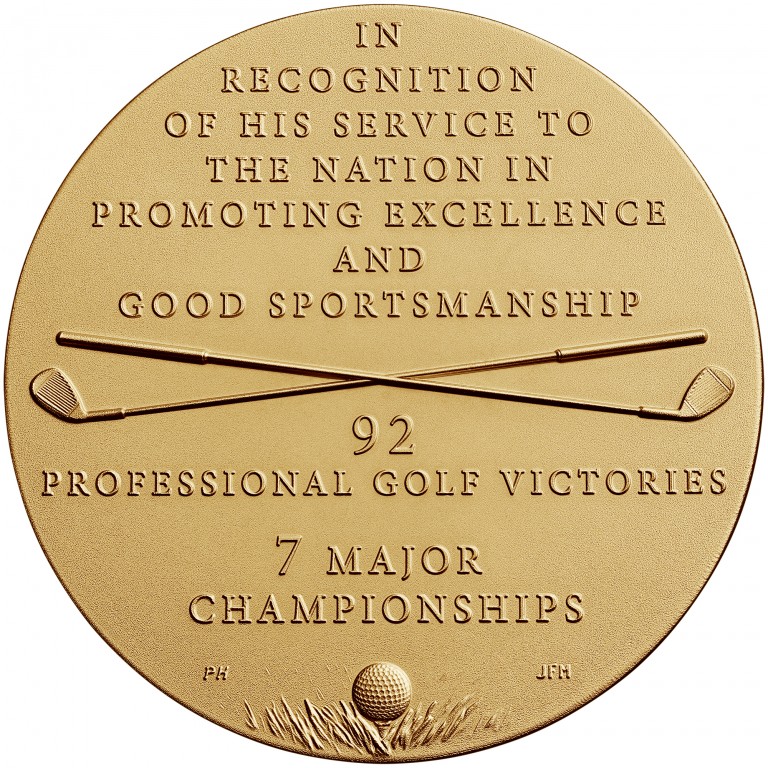 This bronze medal, a duplicate of the Congressional Gold Medal awarded to Arnold Palmer, recognizes and honors his service to the nation in promoting excellence and good sportsmanship in golf. His many accomplishments include:

The obverse features an image of Arnold Palmer finishing his golf swing.

The reverse depicts a pair of crossed golf clubs and a golf ball on a tee.