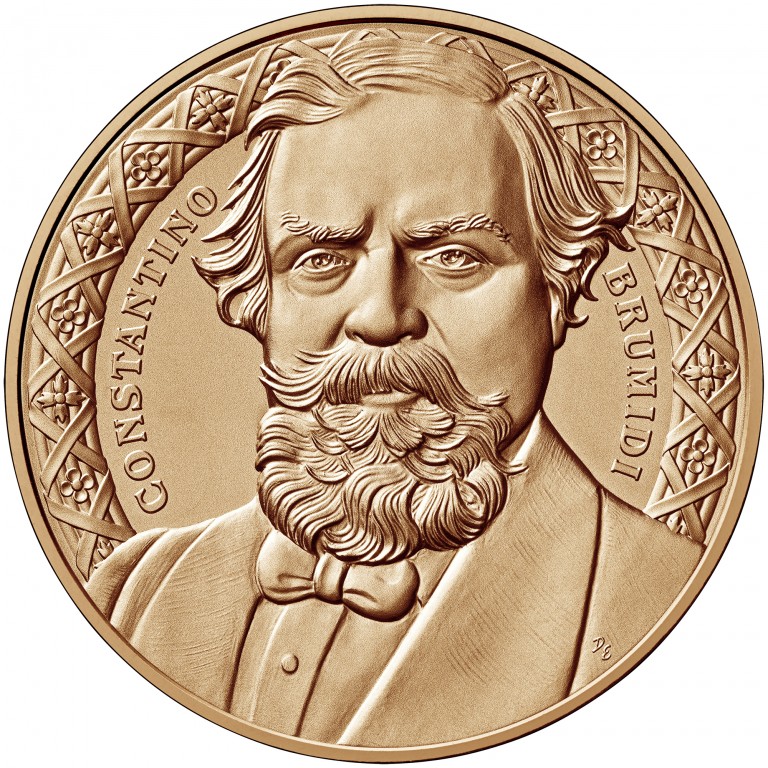 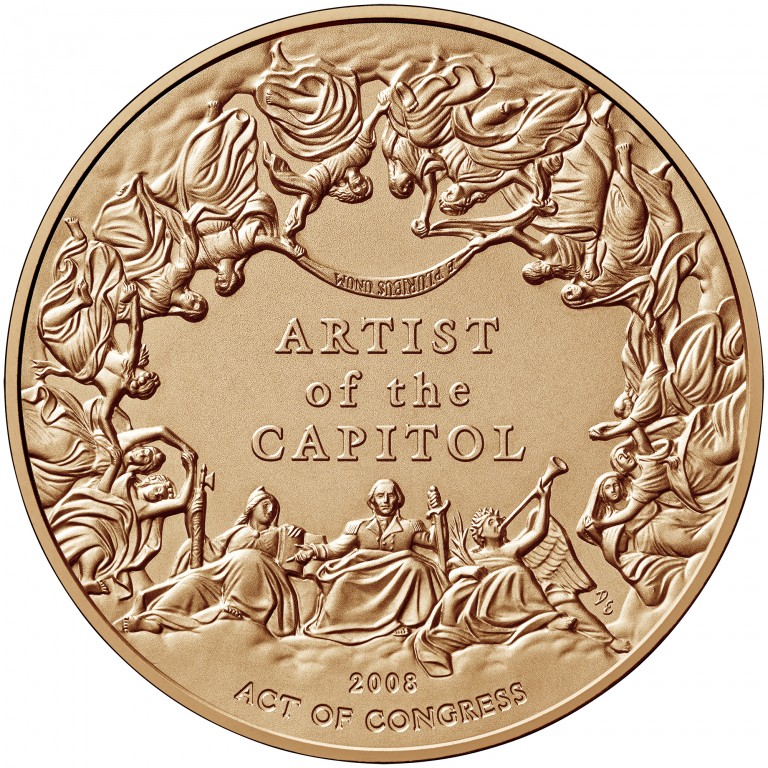 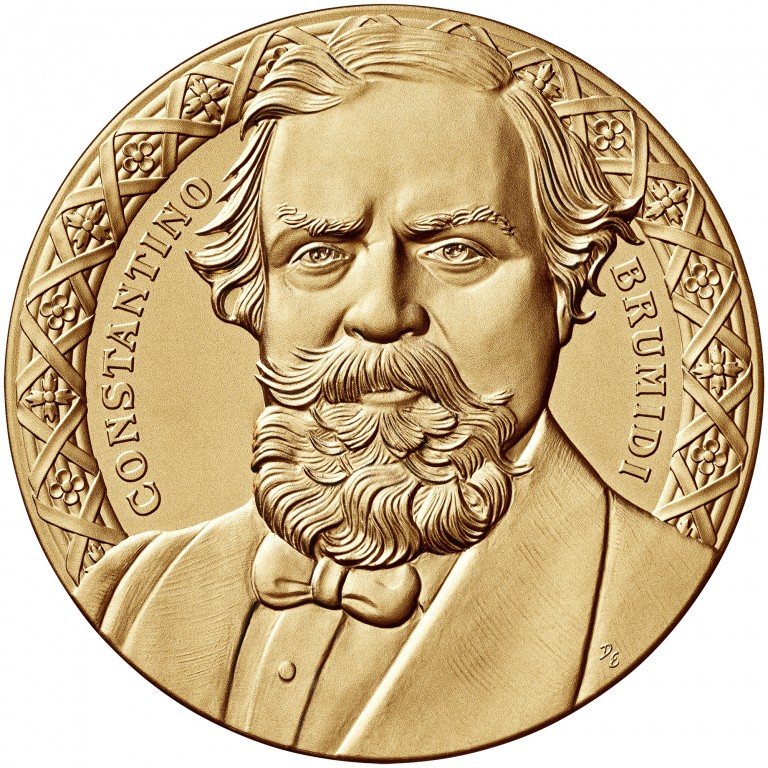 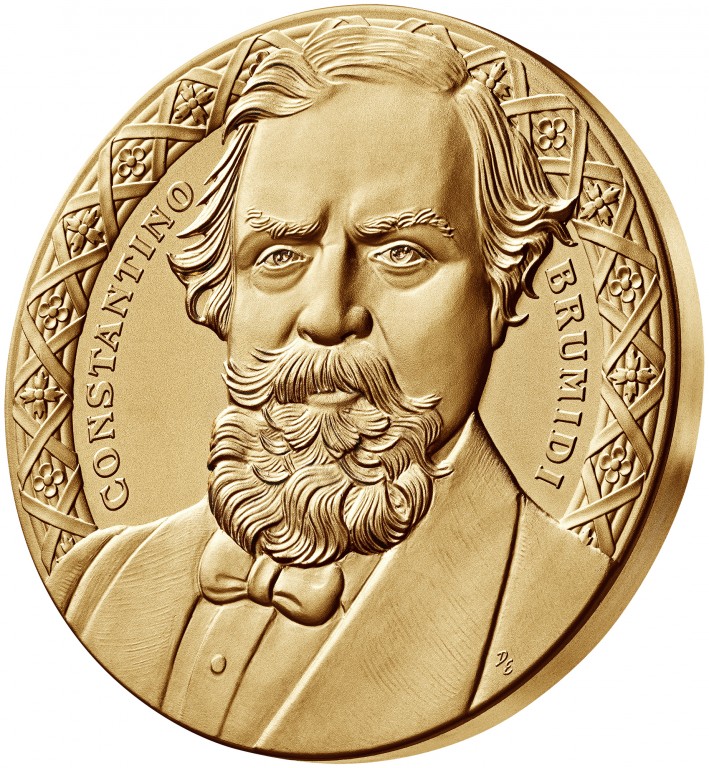 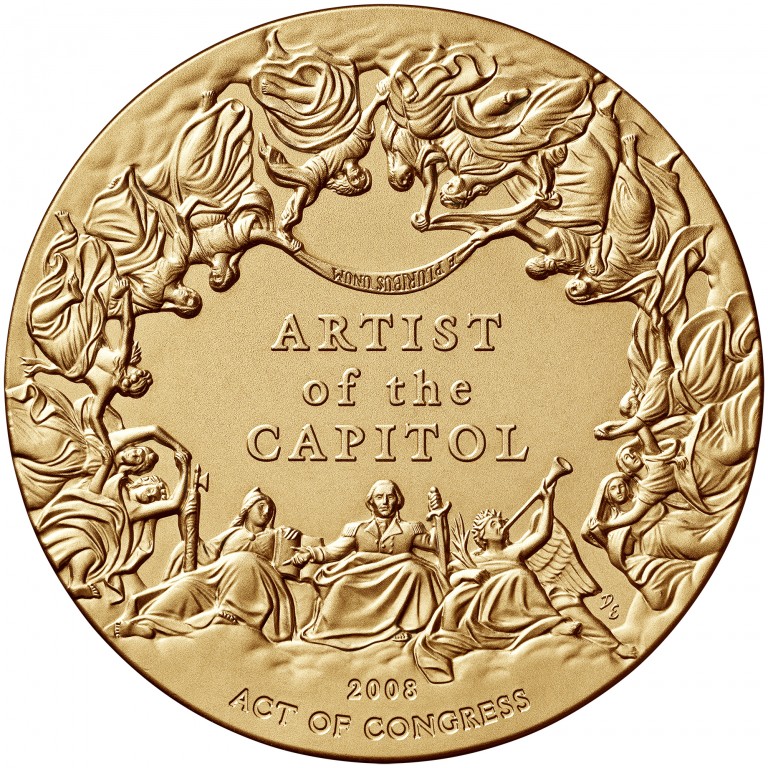 This bronze medal, a duplicate of the Congressional Gold Medal awarded to Constantino Brumidi (1805-1880), recognizes and honors his contributions as a designer of murals in the U.S. Capitol Building. His many accomplishments included:

Brumidi was born in Rome of a Greek father and Italian mother. He came to the U.S. in 1852 and became a citizen in 1857. His life and work exemplify the lives of millions of immigrants who came to this country to pursue the American dream.

The obverse depicts a portrait of Constantino Brumidi within a decorative border based on his designs.

The reverse features the central portion of Brumidi's "The Apotheosis of Washington."