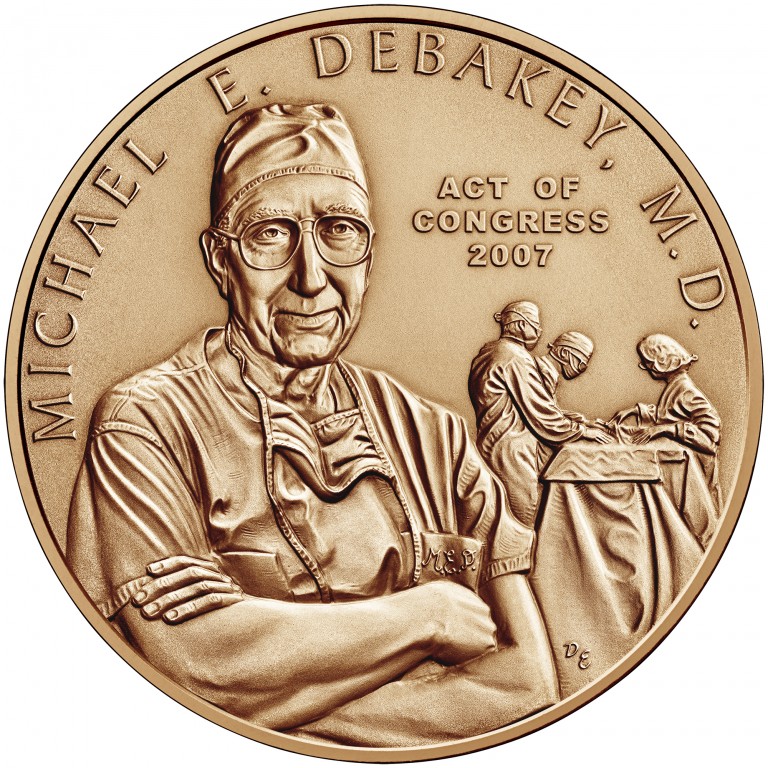 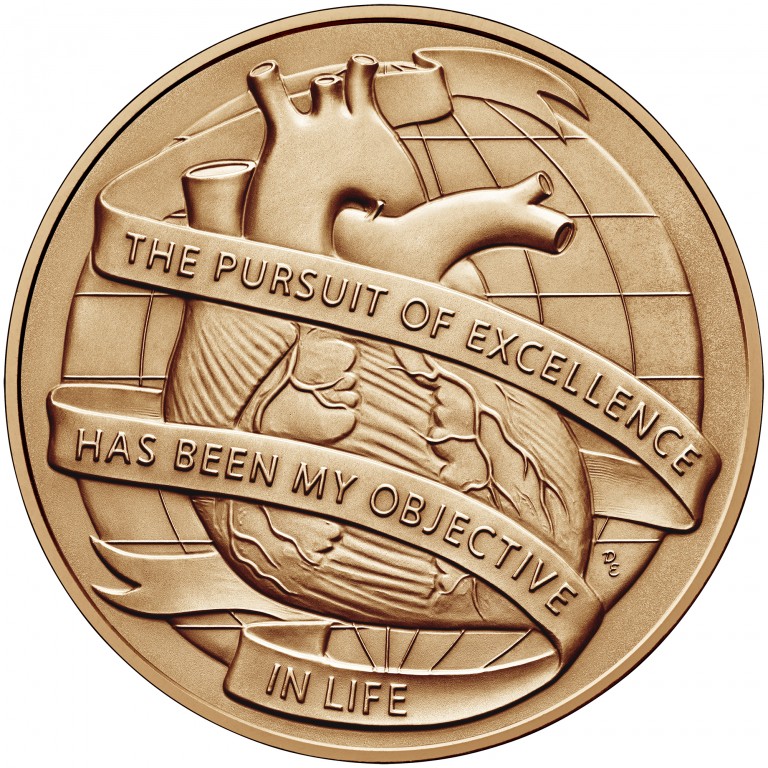 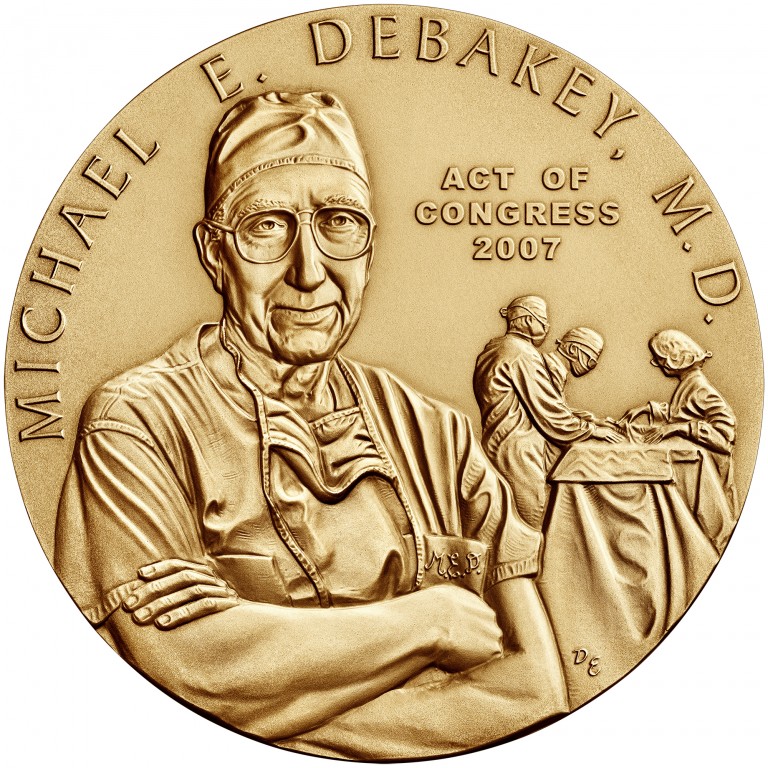 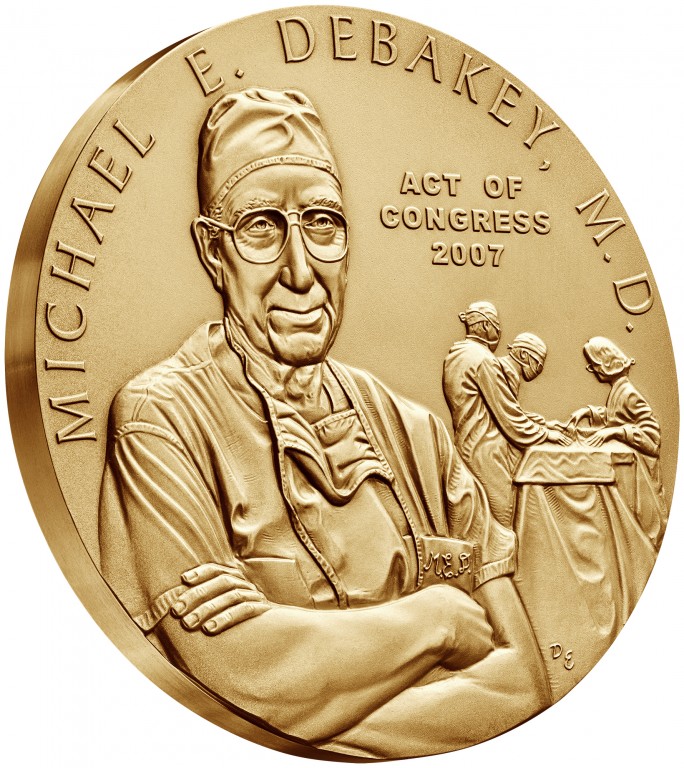 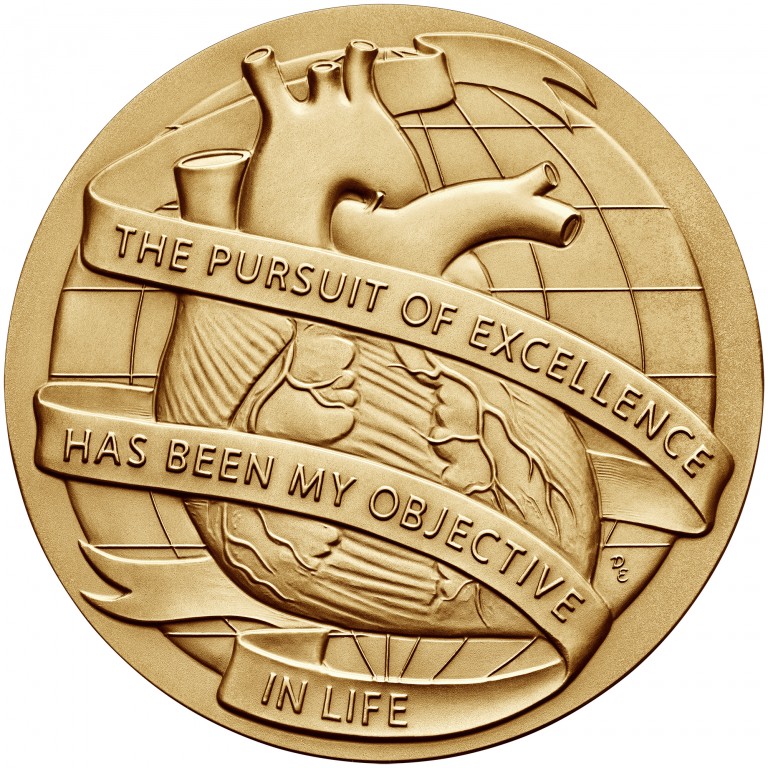 This medal is a bronze duplicate of the Congressional Gold Medal honoring Dr. Michael E. DeBakey, M.D. for his many outstanding contributions to the nation as a heart surgeon. Congress authorized the medal on October 10, 2007. It was presented to Dr. DeBakey on April 23, 2008.

The obverse design depicts Dr. DeBakey in full scrubs with a surgery team in the background.

The reverse design features an anatomical heart placed prominently over a globe, representing Dr. DeBakey’s teachings on cardiovascular procedures to surgeons around the world. The heart is encircled by a ribbon with an inscribed quote by Dr. DeBakey.