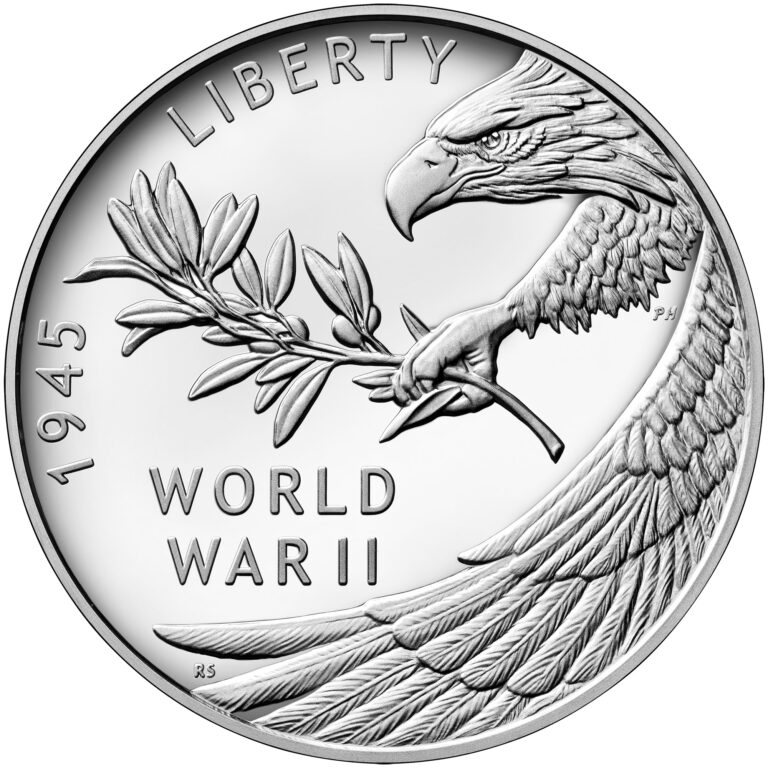 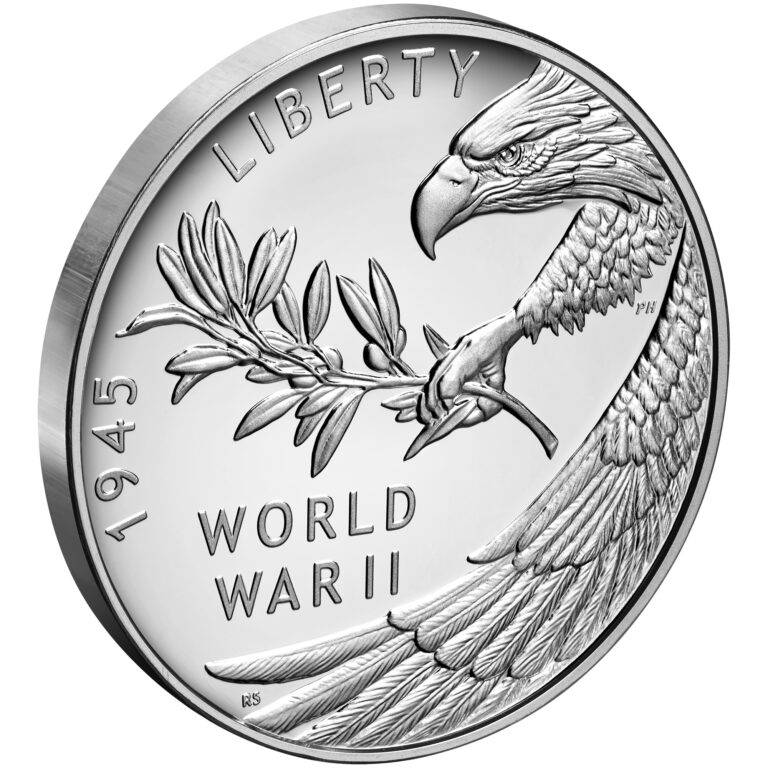 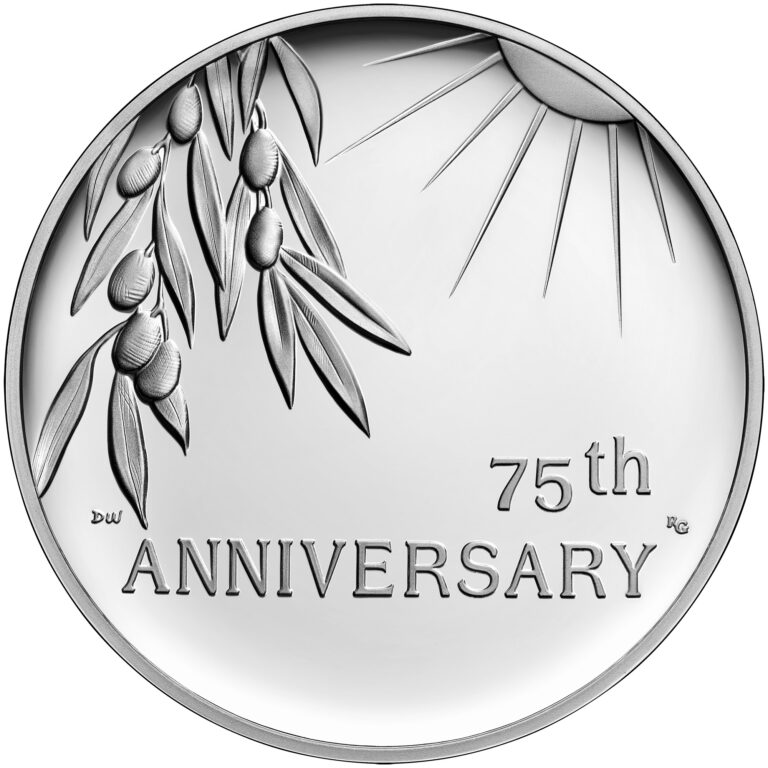 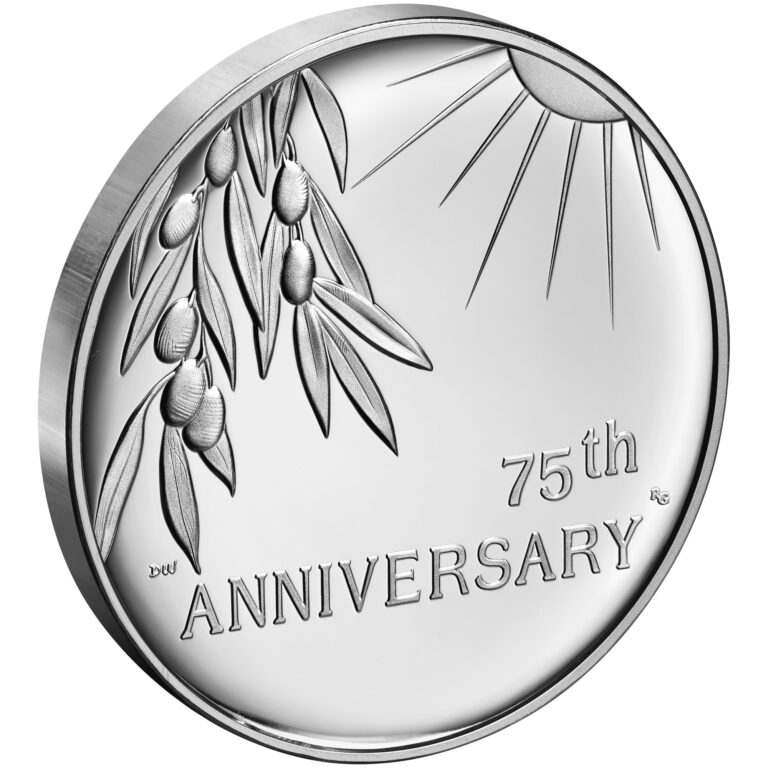 2020 marks the 75th anniversary of the end of the involvement of the United States in World War II. The United States Mint salutes the millions of American citizens who bravely served in uniform during the course of the struggle with a silver medal and a corresponding 24-karat gold coin.

The obverse features an eagle in flight grasping an olive branch, symbolizing peace, in its right talon. The design is inspired by the 1945 version of the Great Seal of the United States, where the eagle faces to the right, toward the olive branch.

The reverse echoes the sun element on the obverse of the 1945 World War II Victory Medal. The sun from that medal has, 75 years later, risen to noon day brilliance. It shines on the olive branches.