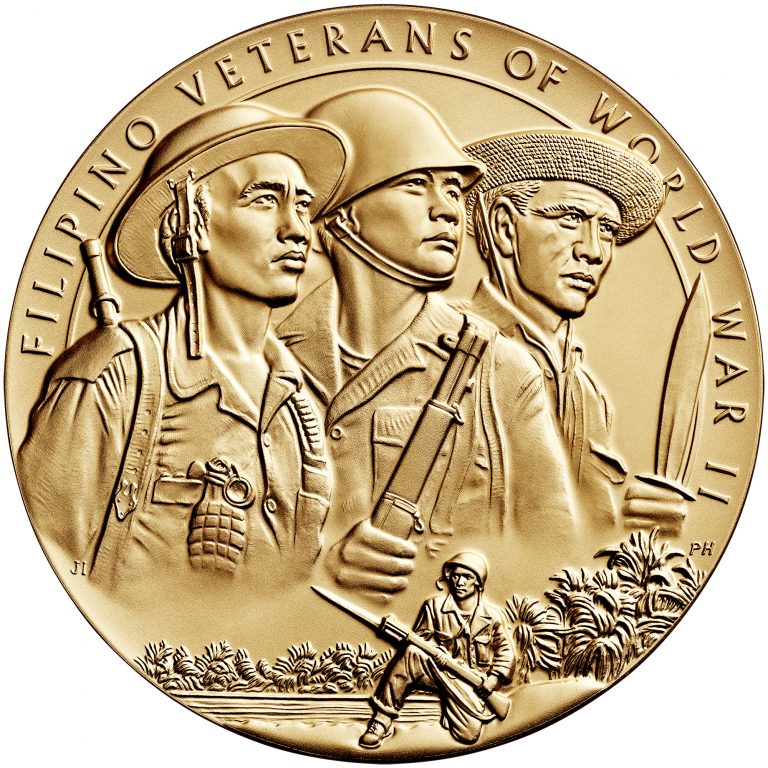 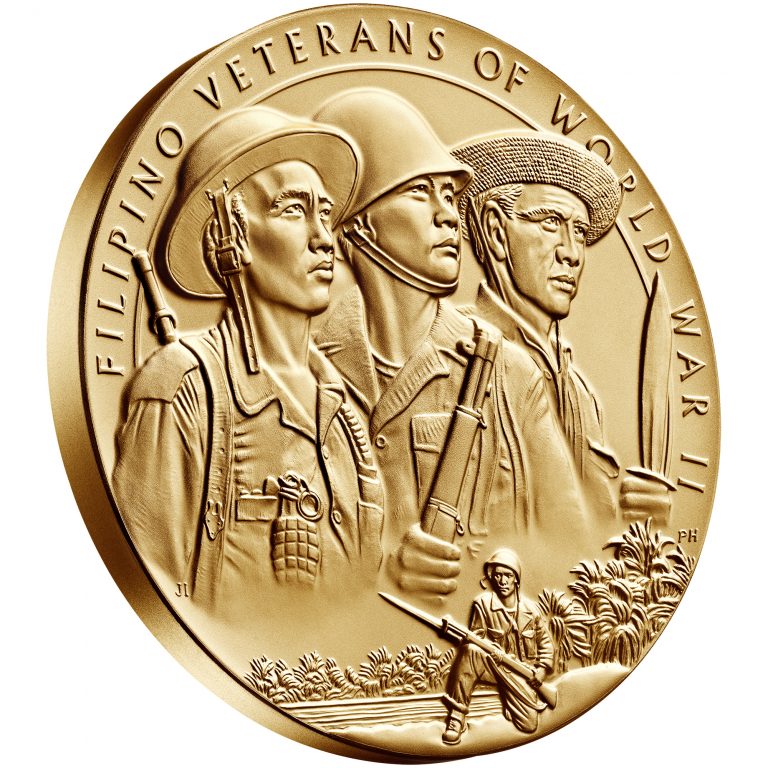 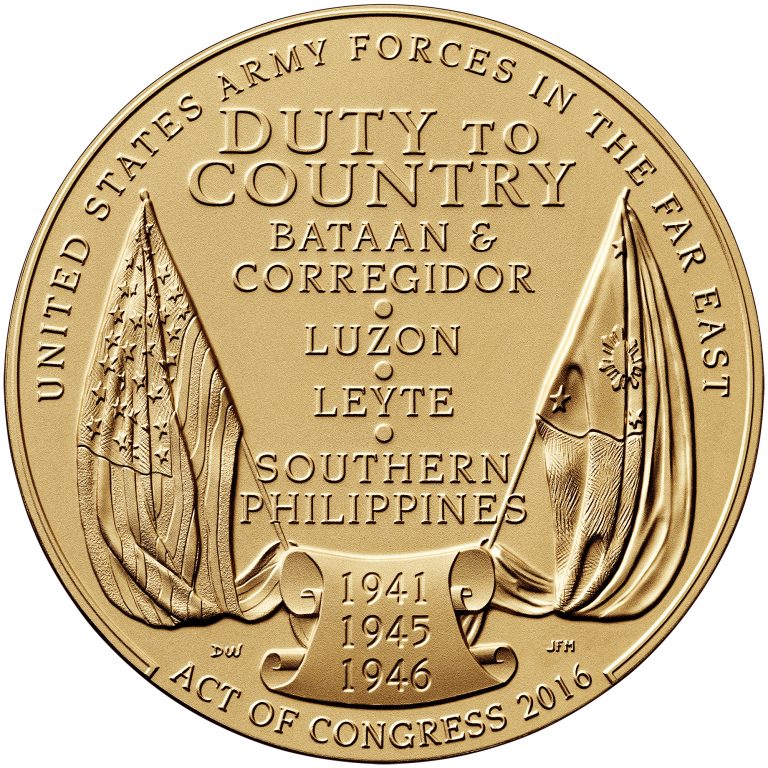 This medal is a bronze replica of the Congressional Gold Medal presented collectively to Filipino Veterans of World War II who served honorably in an active duty status between July 26, 1941 and December 31, 1946, under the command of the United States Army Forces in the Far East (USAFFE) within the Philippine Commonwealth Army, the Philippine Scouts, the Philippine Constabulary, recognized guerrilla units, the New Philippine Scouts, the First Filipino Infantry Regiment, the Second Filipino Infantry Battalion (Separate), or the First Reconnaissance Battalion, including those commanding or serving as U.S. military officers or enlisted soldiers.

Filipino, Filipino-American and American soldiers defended U.S. sovereign territory under USAFFE command after President Roosevelt’s call-to-arms in July 1941 to address rising tensions with Japan in the Pacific. Their valiant service was an integral part of the Allied victory over Axis forces in World War II and demonstrates a highly uncommon and commendable sense of patriotism and honor.

Its obverse (heads side) displays part of the range and breadth of the Filipino Veterans’ service in World War II. Depicted are a Filipino scout, a Filipino infantry regiment officer and a guerrilla soldier. In the foreground is an infantryman on guard, symbolizing the soldiers’ fierce determination.

The reverse (tails side) design displays both the American and Filipino World War II-era flags.