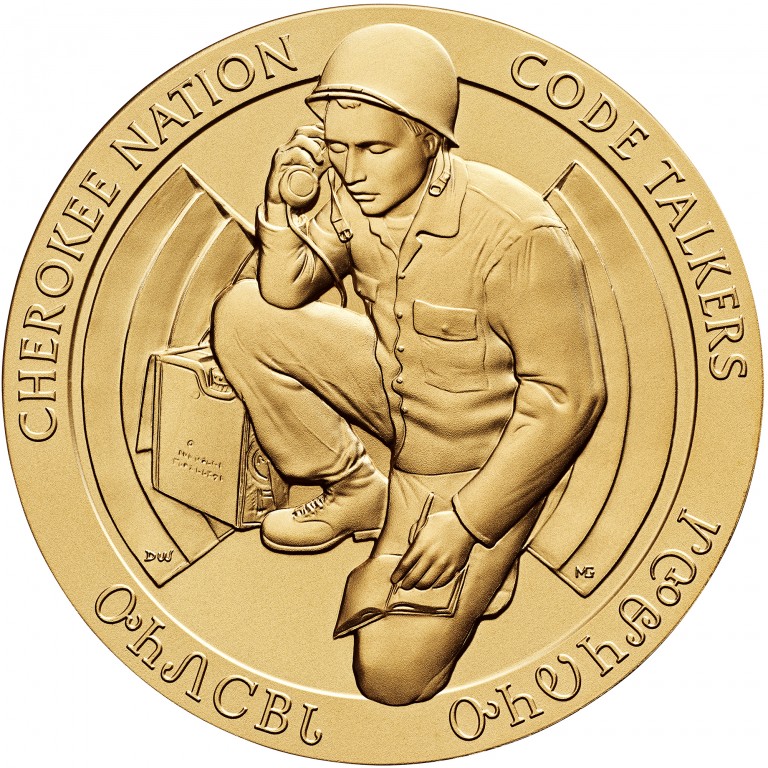 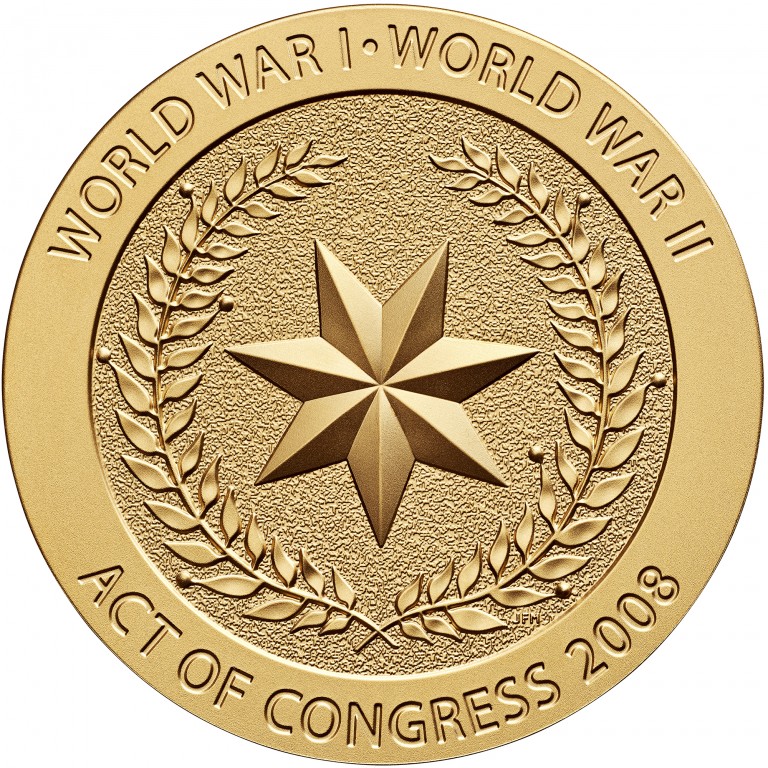 The obverse design features a code talker communicating on a field phone and writing in the Cherokee language.

The reverse design features a variation of the Cherokee Nation seal.