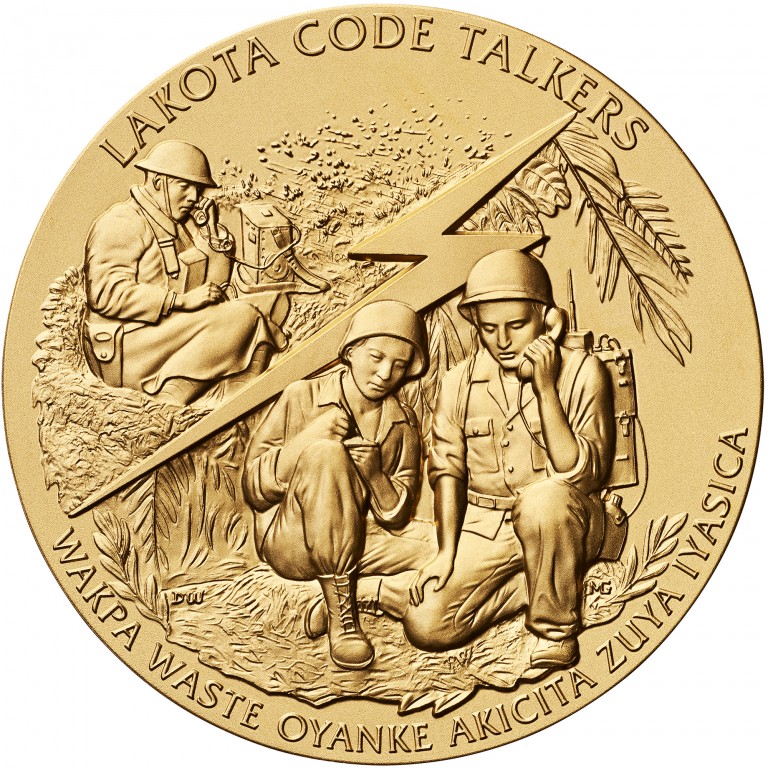 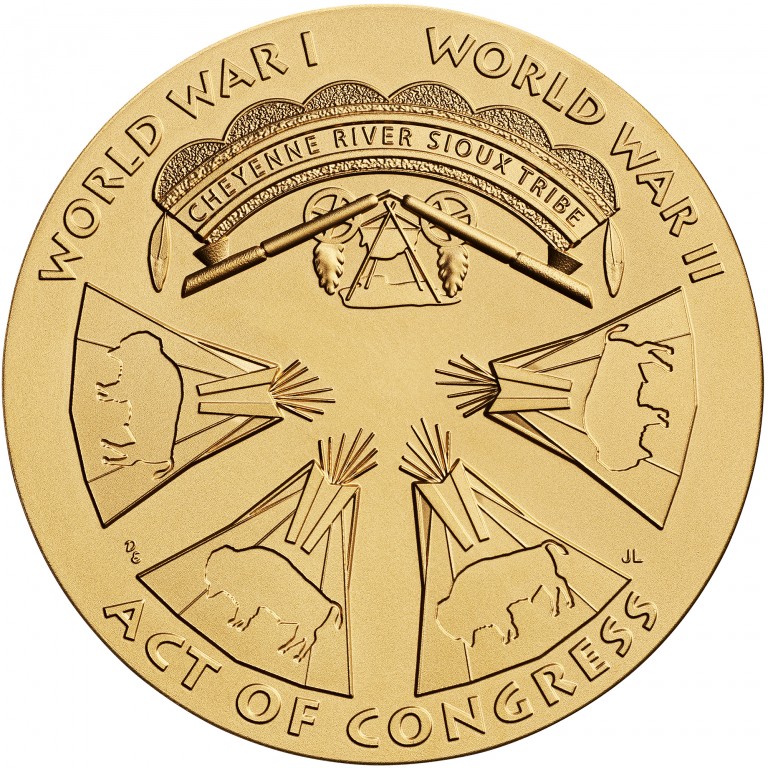 The obverse design depicts a World War I soldier sitting in a trench while receiving a message over his telephone. In the lower field, two World War II soldiers sit in a deciduous forest while communicating messages.

The reverse design features elements from the Cheyenne River Sioux flag and four tipis with buffalos imposed on them.