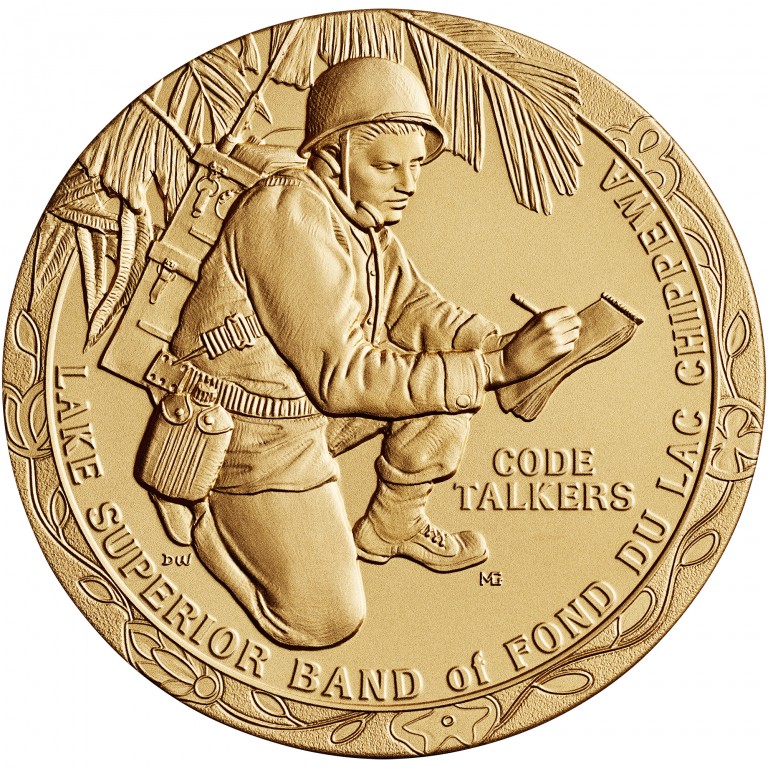 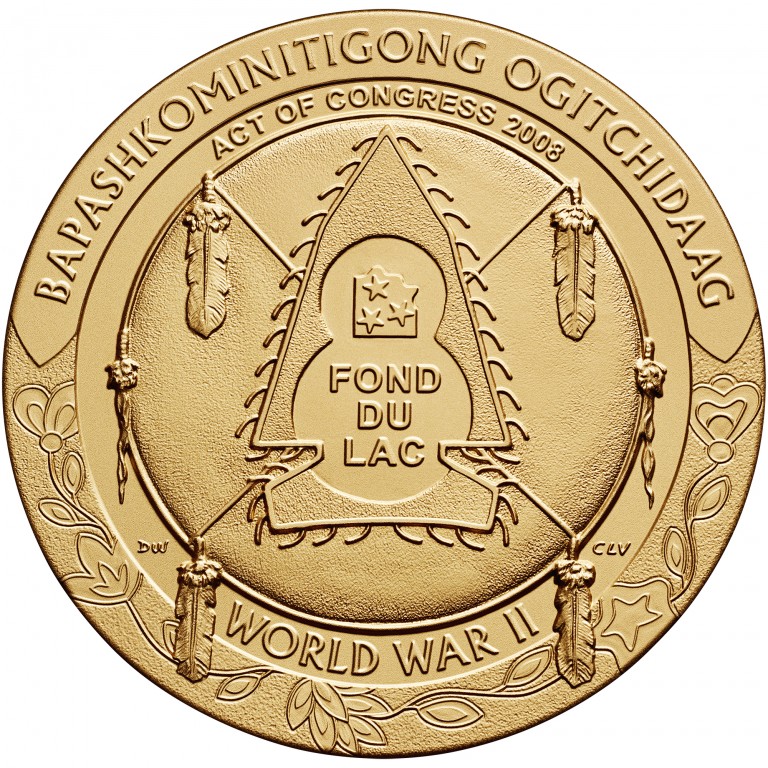 The obverse design depicts a World War II code talker transcribing and receiving information. A beading pattern is at the bottom rim of the design and foliage is incorporated at the top rim, representing the Fond du Lac Tribe code talkers who served in the South Pacific.